Lucas Crispim On Fortaleza And Juan Pablo Vojvoda: ‘We Don’t Change Our Game Plan for Any Team’ 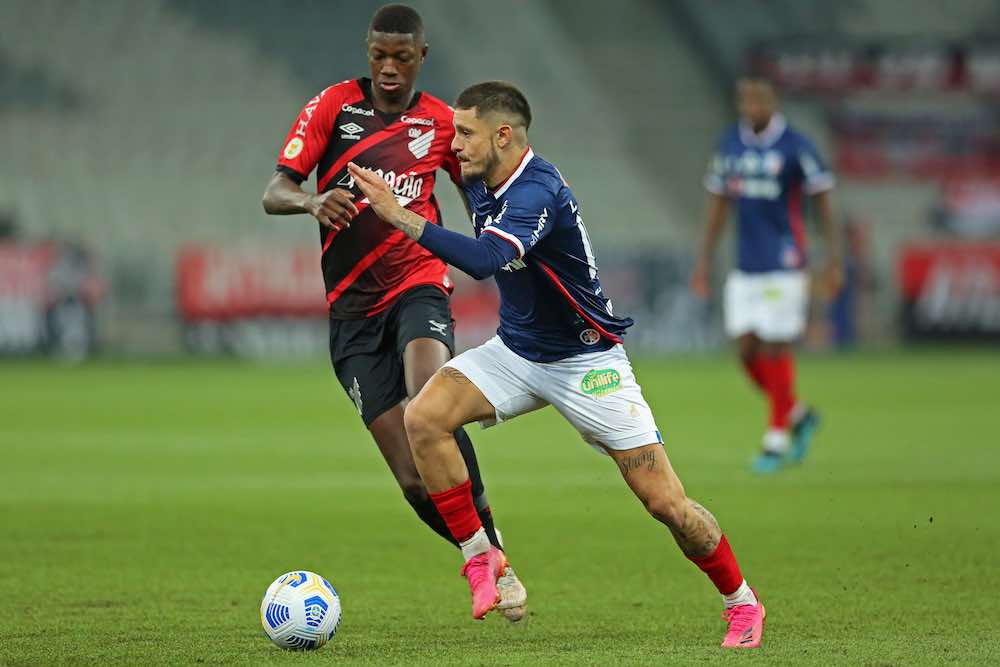 In May 2021, Fortaleza hired Argentine manager Juan Pablo Vojvoda and instantly their form took a turn for the better.

In a club announcement, the board said that they were looking not for a big name, but for a coach who was young and played exciting attacking football.

Vojvoda brought that from the get-go, as Fortaleza scored 20 times, only conceding once, helping the Northeastern club to the 2021 Campeonato Cearense title after just five games in charge.

Attacking midfielder Lucas Crispim joined Fortaleza for the 2021 season from Serie B side Guaraní and instantly benefitted from Vojvoda’s offensive game plan.

Crispim scored four times and assisted two in the first three games he played under the Argentine.

“The project that was offered to me here and the structure of the club were fundamental in making this choice to join Fortaleza,” Crispim tells WFi.

“Vojvoda came in and made a very big impact, we increased our attacking output a lot, managed to be champions of Ceará and win big games in Brazil.”

The state championships in Brazil are highly competitive in every state. Beating your biggest rivals to earn silverware is always something that pleases fans and players alike, making every game a great spectacle.

Fortaleza topped the second stage of the Cearense setting up a semi-final with Atletico-CE whom they destroyed 6-0.

A showpiece final with their arch enemy Ceará was next up, and because Fortaleza had topped the league stage, a 0-0 draw was enough for them to retain their title as state champions for a third straight year.

“Winning the championship is always important, especially when it comes to being champion over your biggest rival, you have a special taste,” added Crispim.

After the game against Ceará, Fortaleza’s attention immediately turned to the league campaign, first up was a tough task against title favourites Atlético Mineiro away from home.

Crispim didn’t disappoint on his league debut as he and Fortaleza enjoyed a 2-1 victory.

Next up was another tricky challenge against 2020 Brasileirão runners-up Internacional. A 5-1 rout meant everyone knew Vojvoda’s men were a team to keep an eye on.

At the halfway mark in the season, Fortaleza sit in third place and have gone on to record further famous wins over Palmeiras and São Paulo.

Not only have they performed well in the league, but they are also in the quarter-finals of the Copa do Brasil and will fancy their chances of picking up their first title in the Brazilian national domestic cup.

Crispim has played a key role since joining the club and has appeared in 16 of the 19 league games so far and provided four assists as well as netting two himself.

“I have felt very comfortable since the day I arrived here, he said. “I was very well received. I feel at home.

“We have had some very important victories, and each win has its own special feeling.

“Our goals for the season are to get as far as possible in the Brazilian Cup and achieve our goals in league — which would be to earn a place in the Copa Libertadores.”

Fortaleza have been solid at the back and rampant in attack, scoring 58 and conceding just 25 times in the 29 matches under Vojevoda. Crispim gave his thoughts on the reasoning behind the numbers.

“The factor is we don’t change our game plan for any team, we play against all teams in the same way,” said the 27-year-old.

“Vojvoda is a coach who demands a lot of intensity, a lot of possession and who always wants to win.

“The intensity we play with can be the essential factor for us to be strong in both attack and defence, something that Vojvoda always demands from our team, and has been working well.”

Fortaleza are having a cracker of a season and they could yet make it one their fans and players will never forget.