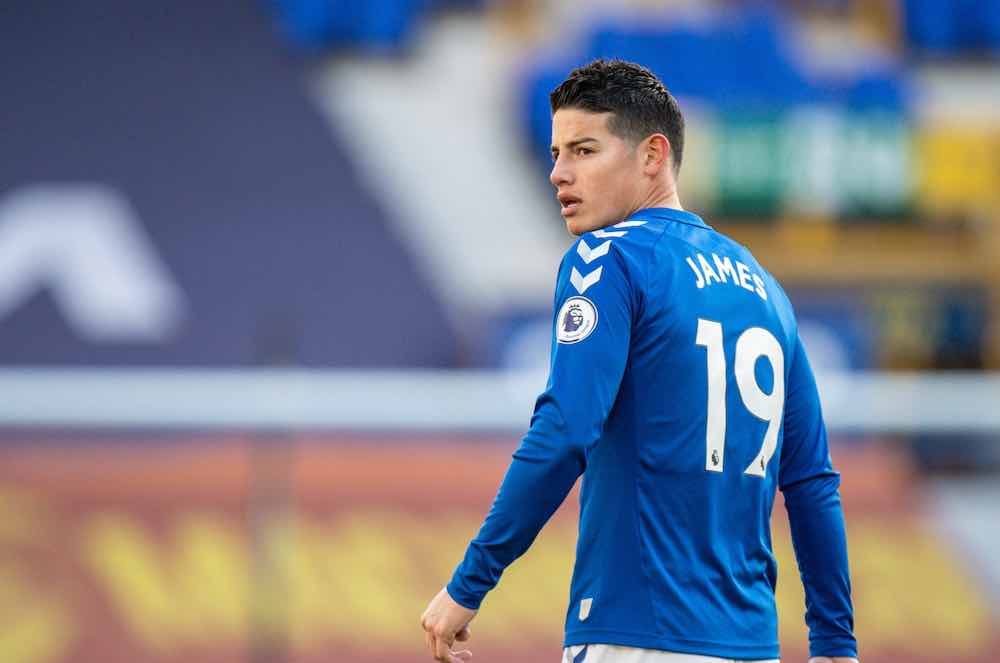 Moise Kean and James Rodríguez were at the centre of Everton’s summer. Both wanted transfers away from Goodison Park; the former was frustrated by the lack of opportunities afforded to him due to the clear preference of Richarlison and Dominic Calvert-Lewin, while the latter wanted out following the departure of his mentor, Carlo Ancelotti. Kean got his wish, and re-joined Juventus two years after leaving them.

James, unwilling to take a cut on his £200k weekly wage, didn’t. He’ll be staying on Merseyside this term. In many ways, the pair are a useful encapsulation of Everton’s muddled transfer business over the past few years and led to many tipping them on sites like Parhaat Nettikasinot for another midtable finish.

Marcel Brands was appointed as the club’s director of football with the idea of bringing clarity and intelligence to a recruitment process that had been a mess ever since Farhad Moshiri took control of the club in 2016.

Instability in the dugout, however, has seen a constant change of coach since then, with each bringing different ideas and desires to the squad-building process. Kean was Marco Silva’s man; a promising if over-hyped centre-forward on the up, made available by a super club in need of cash.

James was very much Ancelotti’s; one of the most high-profile players in the game in need of a fresh start after seeing his career stagnate at Real Madrid.

Kean’s arrival engendered a wave of optimism amongst Evertonians. Finally, they thought, the club was on the right track, investing wisely. They’d tied down André Gomes after a promising loan spell, recruited the experienced Fabian Delph and the promising Jean-Philippe Gbamin.

It wasn’t; Kean scored two goals in 29 Premier League appearances that first campaign, while the three recruited midfielders all endured injury-disrupted campaigns. Silva was sacked after a 5-2 beating by Liverpool.

In his place came Ancelotti, which engendered even more optimism. If the veteran Italian couldn’t fix Everton, the thought went, nobody could. He stabilised the ship in his first half-season in charge, and then went big in the summer market.

Abdoulaye Doucouré had been a target since the Silva-era, but it’s unlikely that James and Allan would have joined the club were it not for Ancelotti’s presence given they’d both prospered under him before. Everton started the season superbly, and enthusiasm at Goodison was at an all-time high.

Then reality hit. Everton began to struggle, with a strong starting XI being betrayed by a lack of strength in depth once injuries began to pile up. The pandemic further complicated things, and Everton limped to an uninspiring end to the season.

James shined when he played, but didn’t play often enough to become the team’s key player. So far, he’s contributed six goals and nine assists in 26 appearances in blue.

Then, in the fallow period between the end of the domestic campaign and the beginning of Euro 2020, Ancelotti departed for the Santiago Bernabéu and rejoined Madrid, who had just parted ways with Zinedine Zidane. Everton were back to square one.

Everton’s search for his successor didn’t exactly inspire confidence, but in Rafael Benítez the club have found a ruthlessly competent operator.

The financial profligacy of the previous years caught up with them, however, and the Spaniard was able to invest less than £2m during his first transfer window at the helm. Kean was sold and hungry talents like Demarai Gray and Andros Townsend were secured.

Everton went back to the days of David Moyes, when financial restrictions forced the club to recruit intelligently. Their squad is light, but there’s a quiet optimism about Everton so far this term.