Brad Jackson On Burnley, Chester And The National League 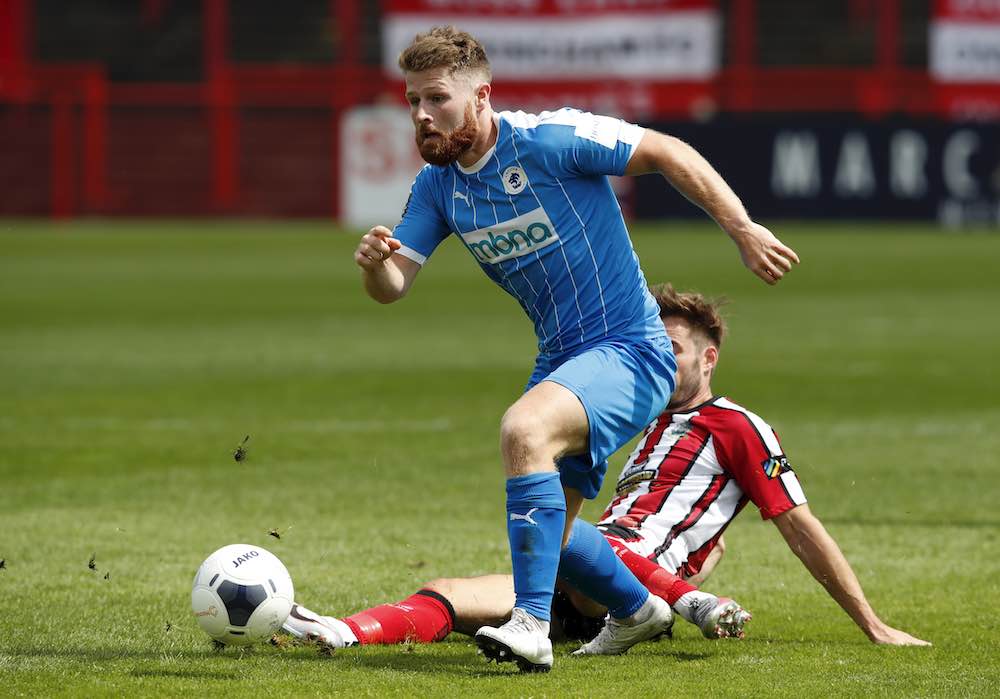 You joined National League side Altrincham in the summer of 2021. Can you sum up your thoughts upon signing for the club?

“I wanted to join the club as I’ve played against Altrincham many times over the last few seasons and never had an easy game against them.

“Phil Parkinson has achieved good things with this squad and I wanted to be a part of it as soon as I knew that he was interested in taking me to the club.

“We also play attacking football which is suited to my game and was another important factor in joining the club.”

You played for Chester FC from 2018 until 2021. You were a fans’ favourite while at the club and won player of the year as well as being named in Chester’s team of the decade. How would you reflect on your time there?

“I grew so much as a player and as a person while working with Anthony Johnson and Bernard Morley at Chester.

“I arrived at the club having just left Burnley in the summer of 2018 and after a short spell at Ashton United.

“I played in a very good team with players such as Anthony Dudley, George Glendon and Akwasi Asante who have real quality.

“We also had great senior professionals in Danny Livesey and Simon Grand who had been there and done it all in the game who were great to learn from in training each day.

“The atmosphere was great within the group of players as a whole and the fans at the club are the best fans that I have played under so far in my career.

“I only have great memories of the club and wish everyone at Chester nothing but success.”

You mentioned coming through the youth set up at Burnley. What was it like developing at a Premier League club?

“I learned all of the basics of football at Burnley. I played there from a young age until I was 21. I was able to train and be included in a few first team squads during my time there.

“It was a great learning experience for me to play with and against players who are now regulars in the Premier League.

“The club teaches great values to all of the youngsters who are in the academy set up which do help set you up for a career in football.”

You have played under several coaches during your career so far. Are there any who stand out for you as being integral to your personal and professional development?

“I would have to pick out two sets of coaches. First of all, Terry Pashley and Andy Farrell were great coaches at Burnley who took my game on to a new level and gave me the belief that I could succeed in football.

“Then, it would also have to be Anthony Johnson and Bernard Morley. They are great managers who know how to get the best out of their players and I am very grateful to them for their work with me during my time at Chester. They helped shape my game to ensure that I played to my strengths.

“I am also enjoying working with my current manager at Altrincham, Phil Parkinson, too. I have learned a lot from him during my short time at the club.”