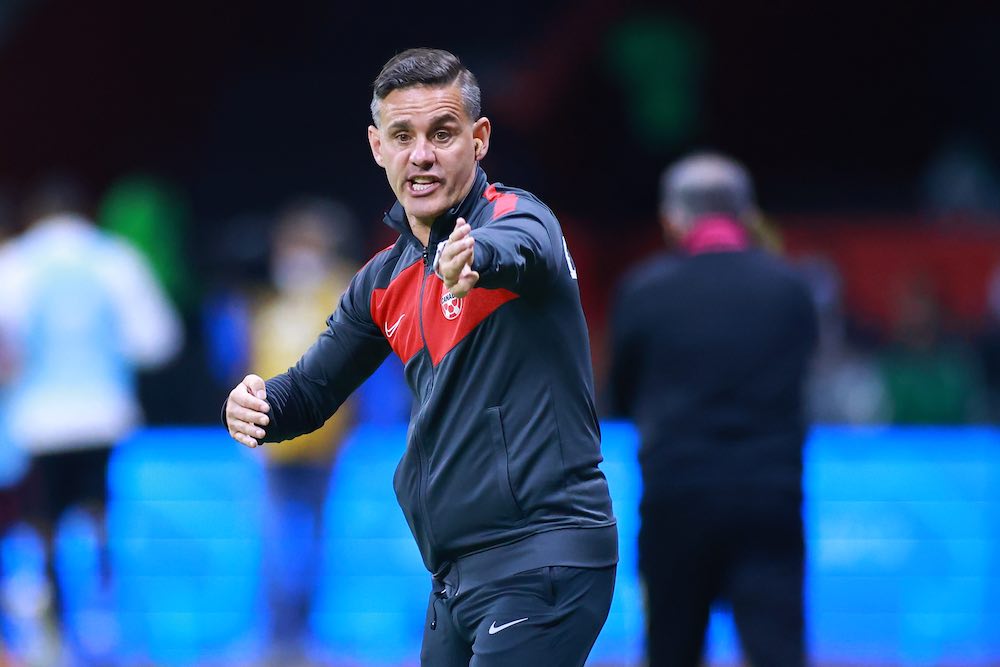 Canada followed up Thursday night’s draw against Mexico at the Azteca with another important point in a scoreless draw with Jamaica in Kingston.

Les Rouges remain unbeaten in the final round of World Cup qualifying having won one and drawn four following Sunday’s game.

Yet they might ponder the missed opportunity of snatching all three points in Kingston, with the multiple chances in the first and second half, especially Liam Millar’s shot on goal which was saved by Jamaica goalkeeper Andre Blake.

Canada did well to control possession for most of the game, and also created some chances, but in the end the team lacked the final touch.

The home side created chances of their own but were denied both by Canada goalkeeper Maxime Crépeau and also by the post in the early minutes in the second half — after a fine setup from Toronto FC’s Kemar Lawrence, Junior Flemmings header hit the far post.

The Reds were missing several of their squad in Kingston, with injured players Atiba Hutchinson, Cyle Larin and Lucas Cavallini, as well as the three suspended players Tajon Buchanan, Steven Vitoria and Richie Laryea, who all picked up their second yellow cards of this round of qualifying against Mexico.

Canada coach John Herdman, in his reaction after the final whistle, was encouraged by his team’s performance.

“I thought we had some good moments which, with a bit more quality, we could have taken three points,” he said.

“Tonight, a clean sheet, a point on the road, and we’ve stayed undefeated away to three of the teams we felt would pose the most difficult environments — Mexico, USA and Jamaica.

“Now we’re heading back to Toronto for three straight games at home.”

"Clean sheet. Point on the road. And we've stayed undefeated away to three of the teams we felt would pose the most difficult environemnts – Mexico, USA and Jamaica. Now we're heading back to Toronto for three straight games at home." #CANMNT #WCQ #ForCanada pic.twitter.com/ZAWnQGaZlS

Herdman’s side head to Toronto where they will face a Panama side who are coming off a win against the USA.

The Reds will look to grab three points just like the last time they were in Toronto, where they beat El Salvador 3-0.

“We’re going to need the fans behind us as it’s something that we really feed off, and BMO Field has always been a great place for us,” said Canada defender Derek Cornelius.

"With the talent we have, we're looking to win every game. So of course we're a little disappointed, but we also take pride in getting the clean sheet here."#CANMNT #ForCanada #WCQ22 pic.twitter.com/NnRdZyHuvp

All focus will be on Wednesday night’s game at BMO Field against Panama, as Canada now sit 4th in the final round of qualifying table with seven points, and Panama in third with eight.