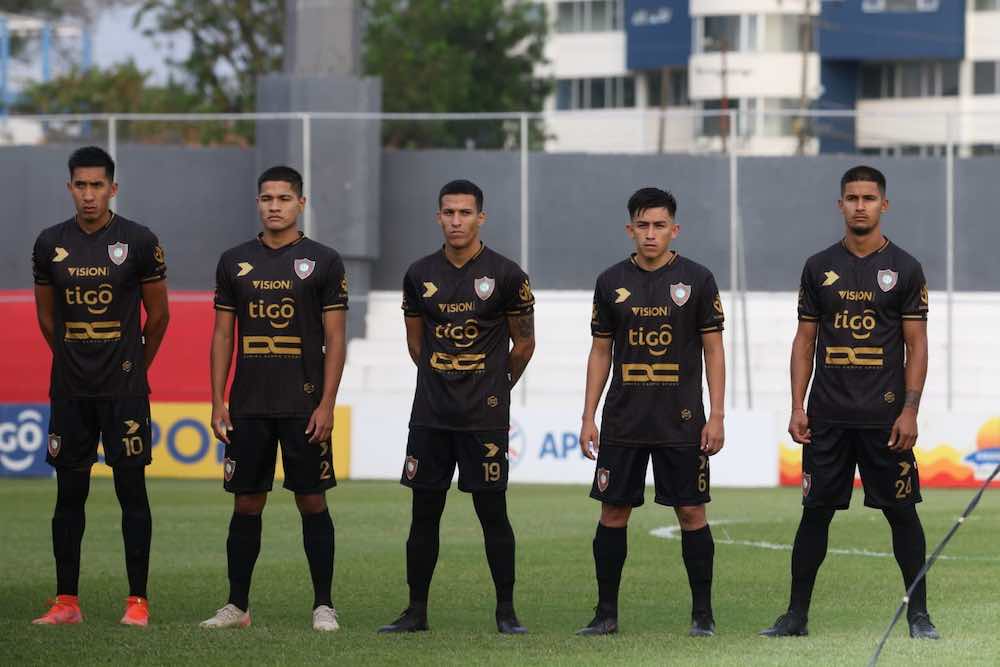 In the midst of the Covid-19 pandemic in 2020, Atlético Tembetary, a third-tier Paraguayan football club, helped their local neighbourhood by providing food parcels to those in need.

They also opened their training complex to accommodate health workers who were able to stay in the facility and wind down after working long hours as the Covid crisis worsened.

Football had stopped in Paraguay during this time, as was the case across the world. It did eventually return towards the end of the year, but only for the teams in the top division.

Atlético Tembetary had to wait until the beginning of this year to resume playing. On their return, they have had a blinder on the football pitch.

In the league, they finished fourth, something they will be fairly pleased with, but it’s in the Copa Paraguay where they have provided one of the stories of the season.

Their first game in the Paraguayan cup saw them take on Sportivo Limpeño, a side from their tier but in a different division.

After a tense 90 minutes, the pair could not be separated, meaning spot-kicks would settle the tie.

Next up was a meeting with Presidente Hayes at the Erico Galeano Segovia. Presidente Hayes are an outfit from the same tier as Tembetary, but unlike Limpeño they are an opponent well-known to them as they play in the same division, adding extra meaning to the game.

After a goalless first half, Manuel Maciel put Tembetary 1-0 in front shortly after the restart, but their lead would last only 11 minutes following a well-taken free-kick from Hector Nunez.

It seemed like Tembetary would have to endure another penalty shootout to secure their place in the last 16, but a mix up between the Presidente Hayes goalkeeper and his defence saw Maciel add a second goal in the games dying embers.

The quarterfinal would see Temberary face their biggest task yet, first division, River Plate Asunción, a team that played continental football earlier in the year.

With the odds stacked against them, the minnows stunned River thanks to a single-goal from Federico Mereles.

The last eight paired them against Division Intermedia side Tacuary, a side who could be dubbed a ‘fallen giant’, with them having played Copa Libertadores football in 2005 and 2007.

Prior to the quarterfinal, Tacuary had secured promotion to Paraguay’s top flight with a third-place finish in the 2021 campaign.

Once again, the side from Ypané were placed in a David v Goliath situation but showed no signs of being fazed.

Their talisman Maciel opened the scoring before a goal from Tacuary’s Ivan Salcedo meant penalty kicks would determine who would reach the smifinals.

Argentine shot-stopper Francisco Peralta made two saves from two to put the underdogs in a commanding position.

When Sebastian Olmedo missed his spot-kick, doubts may have crawled into the minds of those associated with the third-tier side, but the work done by Peralta earlier on meant Maciel could steal the show again by scoring from the spot, and he did exactly that.

The 37-year-old’s goal means that Tembetary will take on first division side Sol de América on Sunday evening at the Estadio Defensores del Chaco for a place in the Paraguayan Cup final.

It’s a magical moment not only for the club, but for Paraguayan football as a whole, and one which has been a huge story throughout the week in the country often referred to as ‘the heart of South America’.

No matter what happens on Sunday night, Tembetary’s story in the past two years has been an inspirational one on and off the pitch.

Loading...
Newer Post
Carlo Nash: ‘As A Backup Goalkeeper You Work Harder Than The No. 1’
Older Post
Ramon Vega On Serie A, Spurs, Winning The Treble At Celtic And Euro 96 Memories