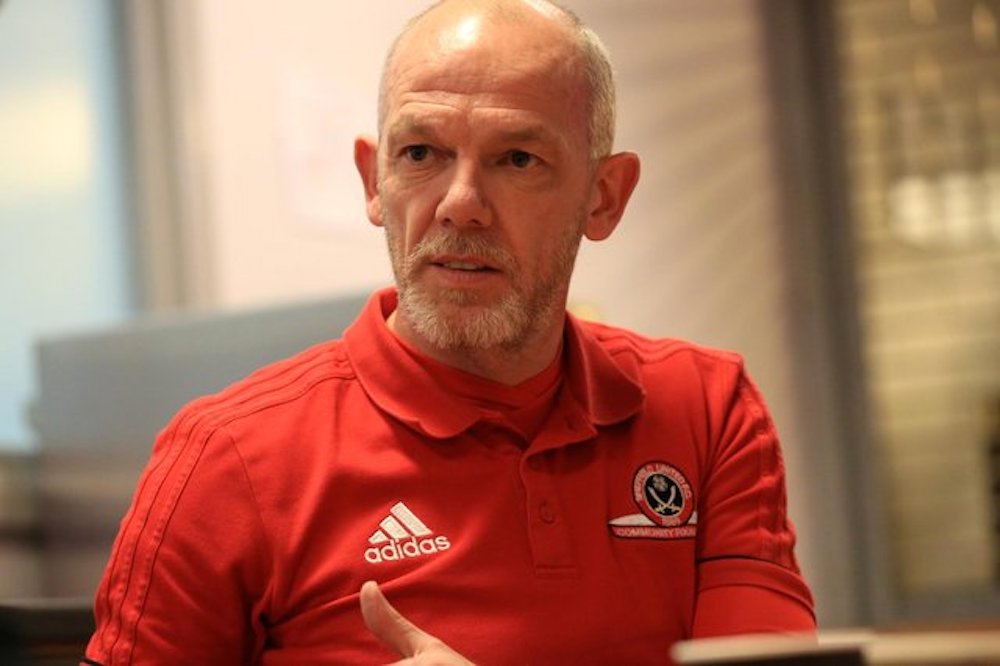 An interview with Manchester City scout and former Sheffield United and Rotherham midfielder Mark Todd, by Callum McFadden for WFi.

You joined Manchester United as a teenager. What was it like to sign for the club and what are your memories of your time at Old Trafford?

“It was phenomenal for someone like me to have the opportunity to join a club like Manchester United.

“I was playing for my youth club team and I was spotted as a 15-year-old. I played for the Northern Ireland schoolboys around that time as well, but to be asked to sign for Manchester United was everything that a young boy dreams about.

“When I got there, I was the youngest in the digs which meant I got a lot of stick from the other apprentices. However, the banter was great at helping me to settle in and I learned a lot from the late, great Eric Harrison.

“Our team got to the youth cup final in 1986 in the year after the first team won the FA Cup in 1985. It was a magical time that I look back on fondly.”

You joined Sheffield United in 1987 and enjoyed success with the club by winning two promotions. Can you sum up what those rollercoaster years at the Blades were like?

“The rollercoaster started with us being relegated in my first year there. That was some welcome to first-team football.

“Dave ‘Harry’ Bassett came in too late to save us in that first season but it was clear that he would take us in the right direction as a club.

“In the next two years, he certainly took us forward. He reinvigorated the club and the red half of the city. You could feel that when you were playing each week. I think I played my best football in those two promotion seasons.

“We gave the fans something to shout about after a few tough years which was great as the Sheffield United fans are brilliant.”

You were linked with some big moves in the early ’90s but injury stopped them from materialising. How did you cope with that setback physically and mentally?

“It was a really rough time for me. I was linked with a move to West Brom and I went on loan to Wolves.

“I was scoring goals and felt confident in my ability then I had real issues with tendinitis in my right knee. I had an issue against Plymouth away from home and I was out for a whole year after that.

“It pretty much took my career away from me as I struggled to get back to my very best. I don’t think I was ever the same player again, which is not a nice feeling. Football is a great game but it can also be very cruel too.”

You battled back and added to your success at Sheffield United with Rotherham by winning another promotion. How do you reflect on your time there?

“I dropped from division one to division four when I moved to Rotherham. Remarkably, they paid me more money than I was on at Sheffield United but the move wasn’t about money. I wanted to play regular football again especially after my injury issues.

“I established myself in the team quickly and we earned promotion to the third division. The squad that we had was unbelievable with players such as Shaun Goater up front. He went on to have a phenomenal career and he put himself on the map at Rotherham.

“We fell away to finish eleventh in the third division season after a blistering start to the season.”

You played for Northern Ireland up to U23 level. What are your stand out memories of representing your country?

“It was a dream to pull on the green jersey. I remember playing against John Sheridan for the U23’s. He was a great player and we still speak to this day.

“I had great times playing with the national team despite the fact that we didn’t win too many games.

“I was promoted to the full squad but unfortunately was an unused substitute on both occasions. I would love to have played for the senior side but just to be on the bench for an international match at Windsor Park fills me with immense pride.

“Since retirement, you’ve worked for Sheffield United and are now working for Manchester City. How did you adapt to life after football?

“I had to think about another career as soon as I retired. I finished full-time football at 28 due to injury which meant that I started my coaching badges at a young age.

“I trained with the youth team at Rotherham and coached with the younger sides. A job then came up on the community side of the football club which I grasped with both hands.

“I was in that role for a number of years while playing part-time with Blyth Spartans who are a great little club in the north east. I then moved in to Sheffield United in a similar role and enjoy that too.

“My current role with Manchester City. I am extremely honoured to have become one of their Yorkshire Academy scouts and look forward to working with the club in the months and years ahead.

“The club is now one of the biggest clubs in world football so it fills me with immense pride to be given this opportunity.”

Last but not least, which coaches stand out as having the biggest personal impact on you in your career?

“Two coaches stand out for me. Eric Harrison and Dave ‘Harry’ Bassett.

“Eric was my youth team coach at Manchester United and he was the most phenomenal coach. He taught me how to be a good midfielder who could play in different roles.

“He emphasised the importance of not giving the ball away cheaply and scanning for a killer forward pass to hurt the opposition. I still try and take those qualities that he taught me into my games of five and seven aside with pals now.

“Harry was my manager at Sheffield United and his attention to detail was great. He was great at setting us up to attack and defend set-pieces which I think was pivotal in our promotion-winning campaigns.”