Dick Campbell: ‘We Need To Always Remember Football Is A Working-Class Communal Sport’ 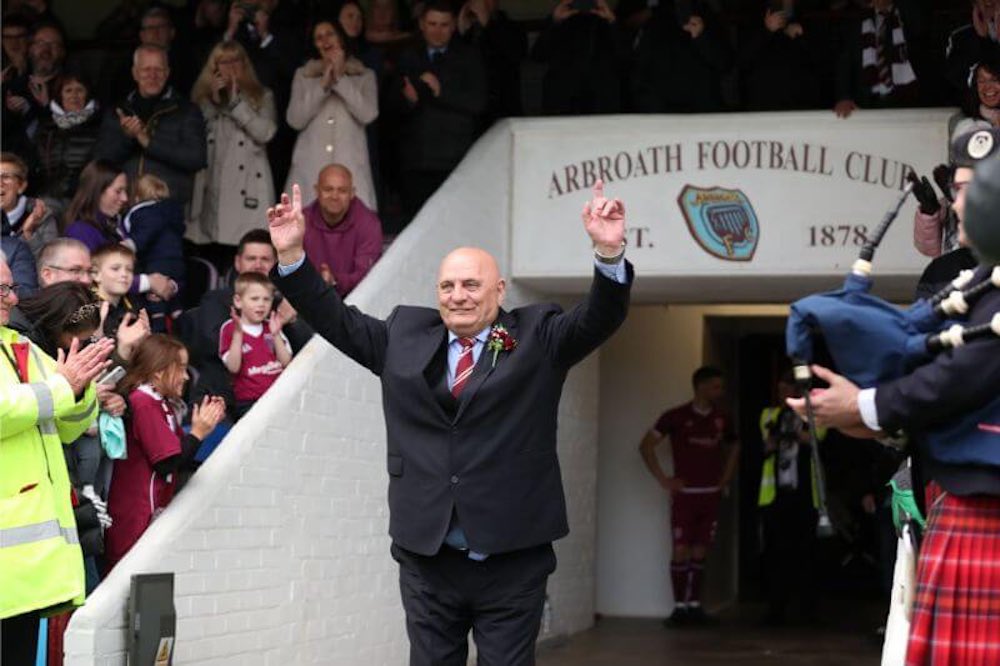 An interview with Arbroath manager Dick Campbell, by Callum McFadden for WFi.

You’ve been manager of Arbroath since 2016 and have taken the club from the lower end of League One to challenging at the top of the Championship. How do you reflect on your time at the club so far?

“I am very proud of the job that my staff and I have done. I have a great staff with my brother Iain, John Young and Rab Douglas.

“I work closely with them but I always have the final say. To show you just how much I trust my staff, my brother and I were unavailable for our most recent game due to isolation rules but we did not have to speak to John and Rab about the game because they’ve been with me long enough to know what my standards are and what I expect from my players.

“We had seven players unavailable but still won the game. We did not play great but won the game which is the important thing. My teams are always well drilled whether we are part-time or full time. We treat the game with respect.

“I’ve been trying to keep a lid on things this season but I am so glad that we are close to having enough points to stay in the league.

“At the moment, we are top of the division but all I want to do is to stay in the Championship. That is my aim every year at the moment.

“We took the club from being in League Two to the top end of the Championship. I would imagine that the fans are delighted with the job that we’ve done so far.

“It makes us all proud, of course it does, but we’ve done that with a few clubs. It’s quite interesting that we’ve taken three Angus clubs to two promotions.

“I have to say that the region of Angus has been an important part of my career when I look back.” 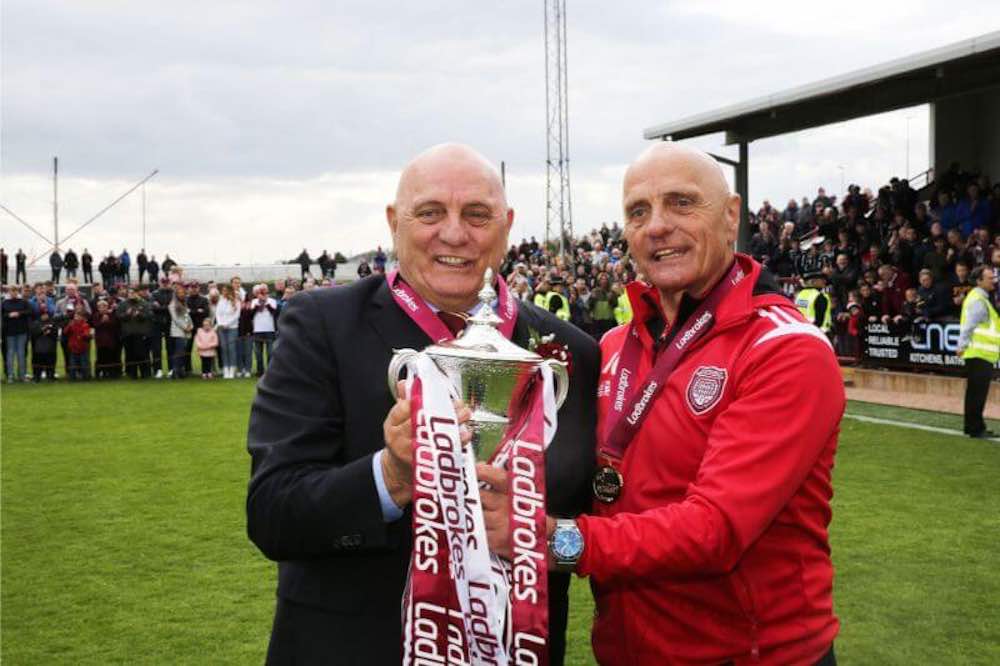 You spoke upon promotion to the Championship saying that ‘Arbroath would not be going into the league just to make up the numbers, and you certainly haven’t done. What is the secret to your success?

“Anyone that knows me well will tell you that it is all about working with the players that you have.

“I have had a group of players with me for years at the club and I would find it hard to find a better group than I currently have.

“We have created a happy environment with good players and that is always the key to any success in football.

“The funny thing for me is that we went down to Kilmarnock a few weeks ago and beat them. Kilmarnock fans, as well as every single fan of most clubs in this league, expect their team to be up challenging for promotion. I don’t expect that from us.

“I only want to stay in this league and I genuinely mean that. I have illusions of winning championships and getting into promotion playoffs. Those are the last things on my mind.

“My main priority since I arrived at this club is to develop Arbroath as a football club to the best of my ability and stay in this league. No one has ever done it as a part-time team three years in a row and we are pretty close to doing that which is the main aim.”

You bravely spoke about your battle with cancer in an interview with Jeff Stelling last year. Can you sum up your emotions of winning your biggest fight away from football?

“It is what it is. There’s nothing that you can do about it. You have to fight it. If there are words that prepare you for hearing those words or the tough times ahead in such a battle, then I’ve never read them in an English dictionary.

“You have to tell your family and my three sons and my brother were there when the doctor told me that I did not have long to live.

“I was told that I would probably have two years but, thankfully, that was eleven years ago now. You fight the thing and with a bit of luck, you can get there.

“Not everyone is as fortunate and I know how lucky I am. My sister passed away last year as did my brother in recent years and not a day goes by that I do not think about them.

“You have to get up in the morning and get on with things. I told my sons after the news that we would all fight together and we did. Football has always given me that desire and battling spirit.

“I get so much joy at training and on match days. I get on great with my players and my brother is vital to that too.” 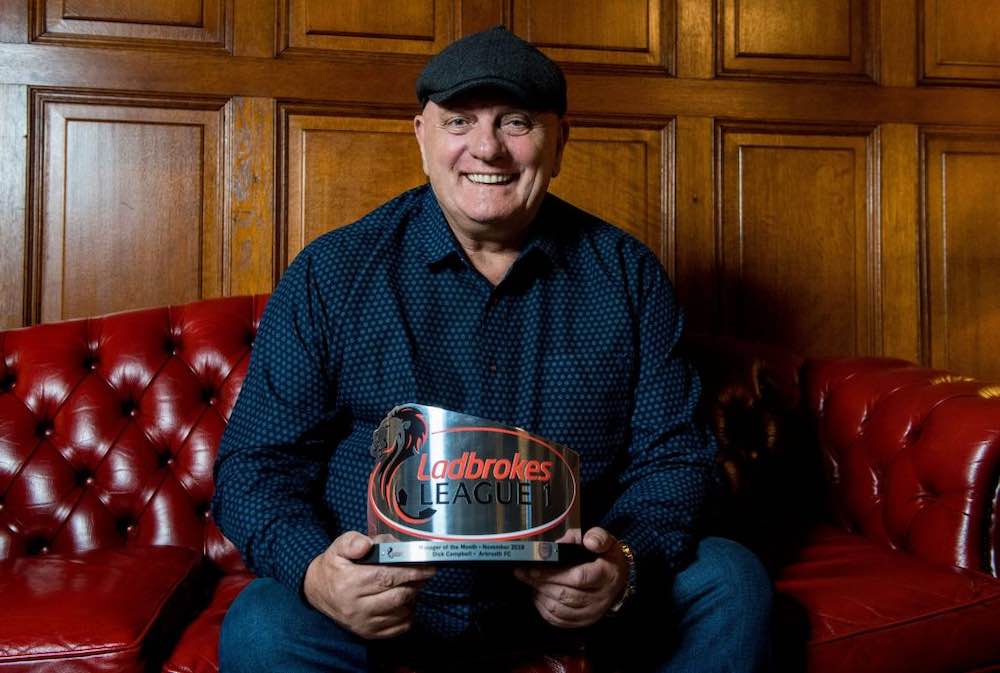 You started managing in the 1980s. As we head into 2022, did you think you would still be managing now and what has changed over your decades in management?

“So much has changed. Let me ask you a question Callum: do you think football has been enhanced by the hierarchy of the sport over the years? Because I will be honest and tell you that I do not think so.

“Thank God we don’t have VAR in Scotland. The game has changed in terms of systems, the speed of the game and I think we all need to be careful and conscious of the product that we are serving up.

“On the positive side, players are far more fitter now than they ever were and they are technically better in my opinion too.

“I do miss some of the physicality that we had in the game and I think the crowds miss that too in all honesty.

“I always think that there is far too much football on the telly these days. It is on seven days per week even on a Saturday night for goodness sake.

“When I played, our season ended in early April and did not start again until August. Whereas now we finish at the end of May and our first game is in the first week of July.

“That is not enough of a break. Referees, players, managers, coaches, directors and fans all need a break. Writers like you also need a break (laughs)!

“The footballing authorities need to have a serious think about the calendar.

“I’ll be brutally honest and admit that it does sometimes frustrate me that I’ve been in the game for 33 years — as have others — and no one chaps on my door to ask me what I think about the state of football and how we could improve it.

“There are a lot of experts now in the game who have only been around for what feels like five minutes making major decisions and that can annoy me.”

Well, let me ask you the question now, what do you think of the state of football and how can we improve it?

“We need to always remember that football is a working-class communal sport. It always has been and always will be.

“If you are working hard all week and bringing up a family then football can be your escape from reality for a few hours at the weekend.

“In my opinion, in my area based on what I see when driving past playing fields, girls seem to have taken the initiative to play sports and develop more than boys have.

“The playing fields where I live are regularly filled with girls football and rugby teams. They are out there and working hard which means that they are only going to continually improve and develop. I commend them and the development of female sport in Scotland.

“I want to see more of that from young boys. When I was young, we would get home from school and throw the school bag down, grab a ball and head straight out to play football for hours.

“For example, even if it was as simple as hitting a ball against a wall. The harder you hit it, the better you would learn to control the ball. You just don’t see enough of that anymore.

“We need to get boys and girls of all ages playing football as much as possible because if we strive to develop the highest quality of player possible then we can get the crowds back to stadiums outside the Premiership.

“I also think we need to improve the times that we play football. We need to stop being daft with scheduling by playing so many games at Christmas and New Year and in the middle of winter. We all have families and want to spend crucial time with them.

“Stop playing games in the middle of winter and stop starting a new season a fortnight after the last season has ended. Give people a break to recharge and go again. We must be one of the only sports in the world that plays 48 out of the 52 weeks at all levels. It is unbelievable.”

You mentioned your playing career. Younger generations will know you mostly as a manager. How would you describe Dick Campbell the footballer?

“I started off at Dundee United and that is where my friendship with Walter Smith was formed. God bless him.

“I was very homesick there so I left for Cowdenbeath. I played well there which led me to Dunfermline which I loved. As well as those clubs, I also represented Brechin, Ross County and others. 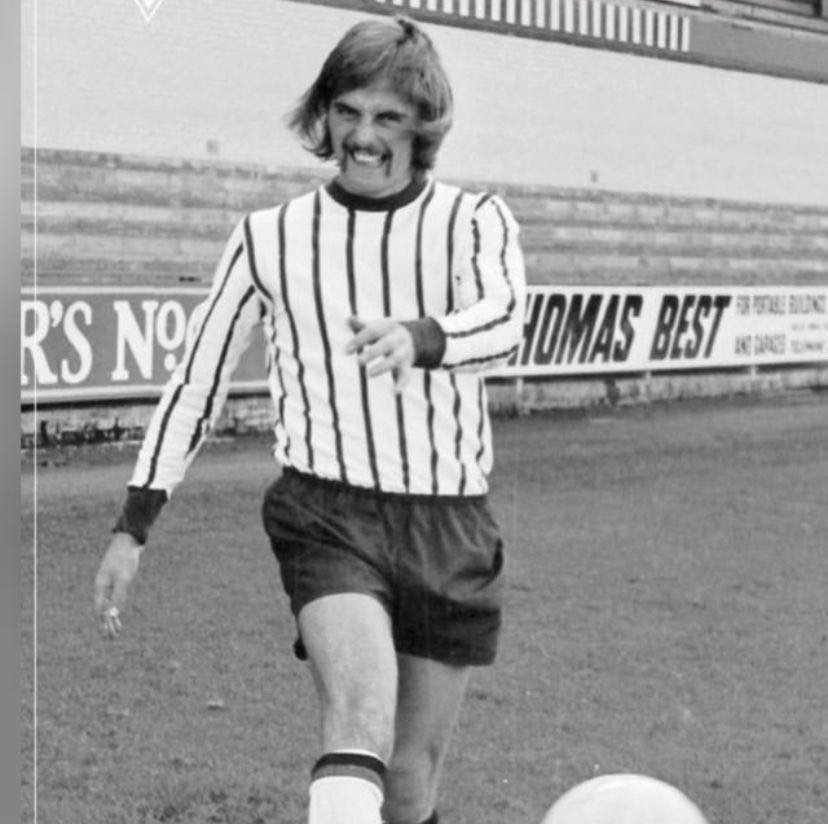 Dick Campbell as a player at Dunfermline.

“I did not have the most amazing career but I still had a good career. If you look at Wikipedia, it says I had a somewhat average career but I do not agree with that (laughs). It was good enough for me.

“After playing, I then went into management and never in my wildest dreams did I think that I would still be managing at the age of 68.

“I was never that type of person and I did not believe in coaching back then but now I believe that I have learned a lot over the decades of experience that I have gained.

“I am a better manager now than I ever was. I have no doubts about that and that is shaped by over 33 years of experience.”

So it’s 33 years since you started out as a manager… do you plan to continue managing for as long as you possibly can?

“Why not? I do not feel tired and I have no intention of retiring anytime soon.

“My brother and I have a business together. I work for him during the day and he works for me at night.

“It has always served us well and there is no barrier in front of me that will stop me from managing anytime soon.

“Sir Alex Ferguson phoned me at the weekend to say that I’ve done a great job so far this season and that he is proud of me. That filled me with immense joy and pride as you can imagine.

“I always want to improve and that is my aim even at 68. I am happily married, I do my best to live a good life and give my all to my family and my kids.

“Trust me when I say this, they would not let me retire so I am not going anywhere anytime soon (laughs).”