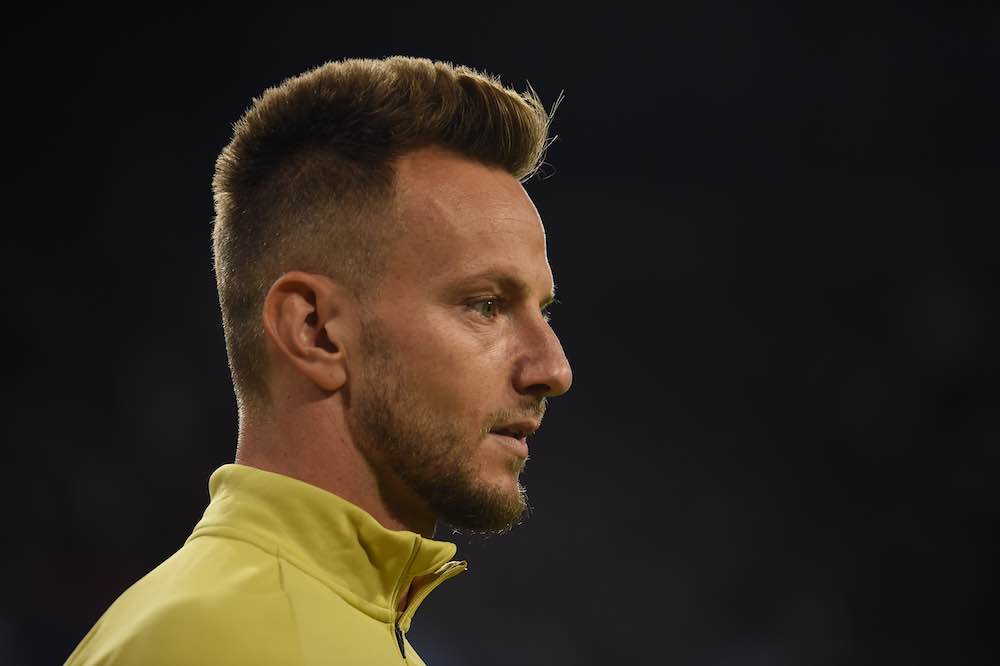 It was a smart moment from a smart player. Ivan Rakitić took the corner kick quickly, fizzing the ball across the face of goal to Papu Gómez, who had broken to the edge of the box.

The Argentine met Rakitić’s ball first-time and mid-air, directing his effort like an arrow into the bottom left corner and past Barcelona goalkeeper Marc-André ter Stegen.

The goal fired Sevilla into the lead against Barcelona at a rain-soaked Sánchez-Pizjuán on Tuesday evening, momentarily inspiring the idea that the Andalusian side could secure victory and move to within three points of La Liga leaders Real Madrid.

It didn’t work out like that — Ronald Araújo equalised for Barcelona on the stroke of half-time, while Jules Koundé’s red card meant that Sevilla had to contest the final 25 minutes of the fixture with just ten men on the pitch.

But it was still a good result. Xavi’s Barcelona is not Ronald Koeman’s Barcelona. They play with a distinct style and evident belief in what they’re trying to do – they’re still far from the Barcelona of old, of course, but they’re closer to it than they have been recently.

A fine reminder of the Barcelona of old, of course, occurred mid-way through the second half. Rakitić took a tumble near the touchline after a strong challenge, and the veteran Croatian was helped to his feet by Xavi before the pair shared a warm embrace.

They’re former teammates, of course, having spent the 2014/15 season together at Camp Nou. And what a year it was – Luis Enrique’s Barcelona won La Liga, the Copa del Rey and, of course, the Champions League. Xavi was nearing the end of his Barcelona career that year – he headed for Qatari side Al-Sadd at the end of the season – while Rakitić had just been signed from Sevilla, whom he had captained to the Europa League in 2013/14.

If you believe Sevilla – or Barcelona, for that matter – can win this year’s Europa League, you can find some of the most competitive odds here: bonus.ca/online-casinos/new/. They were different players. Xavi’s qualities need scarcely any description, so well-documented are they. The diminutive Catalan always had his neck on a swivel, capable of reading the game unlike anyone else and blessed with near-perfect close control and an ability to spray passes with the same accuracy as a Special Forces sniper.

Rakitić was taller, and more skilled at the art of llegada – arriving into the box at the right time, making the difference in the final third by providing goals and assists.

Rakitić contributed 35 goals and 42 assists in the 310 games he played for Barcelona during his six seasons at the club, winning every title there is to win and helping Croatia make it to the final of the 2018 World Cup in Russia.

He returned to Sevilla in the summer of 2020 for his second spell at the club – he had previously spent three years at the Sánchez-Pizjuán between 2011 and 2014 before joining Barcelona.

In many ways it was a homecoming for Rakitić. He knew the city well and his wife, Raquel, was born and raised there – he actually met and fell in love with her on his very first night in the city, before he had even signed for Sevilla from Schalke.

His excellent Spanish is spoken with a thick Andalusian accent, and he’s never hidden that Sevilla is the club of his heart even though he did enjoy such success up north in Catalonia.

His first season back was solid if unspectacular. He performed well, dovetailing nicely with Joan Jordán – his younger, more energetic partner in the centre of midfield – and Fernando – another veteran who likes to sit deeper, often dropping between the centre-backs Jules Koundé and Diego Carlos to liberate the full-backs.

But it was clear he wasn’t the world-class midfielder of old, and neither did he have the same impact as the maverick Éver Banega, who had left Sevilla for Saudi Arabia shortly before Rakitić returned.

But allowances were made. 2020-21 was a season impacted by covid-19, and Rakitić struggled to get up to speed after spending the majority of the previous year sitting on the bench at Barcelona. There was a school of thought that this season, without international commitments and with a full pre-season behind him, he’d be closer to his previous self.

And that’s been the case. Rakitić will never be the player of his peak, but he’s playing at the highest level he’s been at right now since he returned to Sevilla 18 months ago. During their crucial victory over Atlético Madrid last Saturday evening he scored the opening goal in a 2-1 victory, beating Jan Oblak from distance with a spectacular effort.

If Sevilla are to maintain an unlikely title challenge this season and push Madrid all the way, Rakitić will be key. After all, unlike the rest of this Sevilla team, he’s been there and done exactly that.