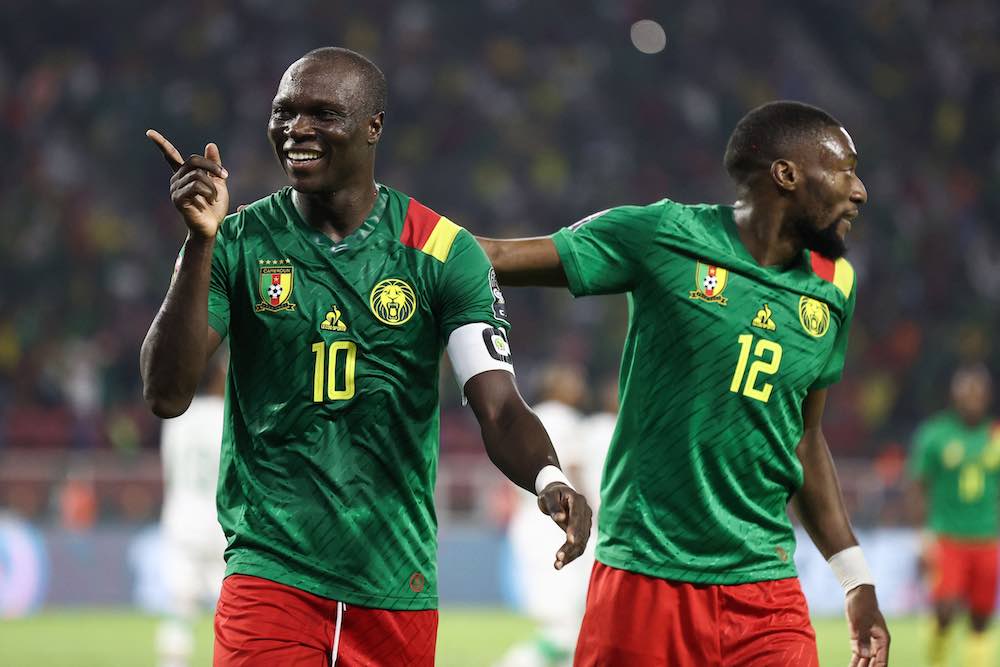 The African Cup of Nations is well underway in Cameroon, with the semi-finals just around the corner.

Sanctioned by the Confederation of African Football, its first edition was held back in 1957, with it becoming a bi-annual competition in 1968.

The reigning champions are Algeria. Ahead of the final games at the tournament, WFi took a look at the AFCON 2021 top goal scorers.

Prior to the quarter-finals, Vincent Aboubakar had contributed six goals and one assist in four games for Cameroon. His goal per 90 ratio is 1.62 and he’s averaging 56 minutes per goal. Of the 19 shots he’s taken he’s got 53% on target, scoring 32% of them, making Vincent one of the top goal scorers in 2021 AFCON covered by the Asian sports bookie Vwin99.

Aboubakar, 30, currently plays in Saudi Arabia with Al Nassr. His club career has taken him from his native Cameroon to France, Portugal and then Turkey before he ended up in the Middle East. He’s scored 31 goals for his country in the 81 caps he’s earned.

Cameroon, the host nation, of course, defeated Gambia in their quarter-final in Douala Stadium, having won their first two group games, against Burkina Faso and Ethiopia, drawing their third game against Cape Verde. They beat Comoros in the last 16 to set up their tie with the Gambia and now face the winner of Egypt and Morocco in the semi.

Gabadinho Mhango has contributed three goals in three games for Malawi. His goal per 90 ratio is one and of the eight shots he’s taken he’s got half of them on target, scoring 38%.

Mhango, 29, plays in South Africa for Orlando Pirates. His club career has taken him from his native Malawi to South Africa, where he’s spent the majority of his time representing three different clubs aside from Orlando; Bloemfontein Celtic, Lamontville Golden Arrows and Bidvest Wits. He’s scored 15 goals in the 58 appearances he’s made for his country.

Malawi crashed out of the African Cup of Nations at the last 16 stage, losing 2-1 to Morocco at Ahmadou Ahidjo Stadium.

They lost to Guinea in their opener before rallying to beat Zimbabwe in their second game. They drew with Senegal in their third.

Karl Toko Ekambi has contributed five goals in five games for Cameroon. Toko Ekambi, 29, was born in Paris and came through the youth system at Paris FC.

His entire club career has been spent in Europe; after Paris he played for other French sides including Sochaux and Angers and also had a spell in Spain with Villarreal. He currently plays for Lyon and has scored eight goals in the 44 caps he’s earned for his country.

Ibrahima Koné has contributed three goals in four games for Mali. His goal per 90 ratio is 0.84 and he’s averaging 107 minutes per goal. Of the six shots he’s taken he’s got 67% of them on target, scoring half.

Koné, 22, came through the youth system at CO de Bamako but began his senior club career in Norway with Haugesund.

After a brief loan spell in Turkey with Adana Demirspor, he switched to another Norwegian side in Sarpsborg 08. He’s scored a quite remarkable eleven goals for his country so far in the ten caps he’s earned for them.

Mali crashed out of the last 16 of the African Cup of Nations on penalties to Equatorial Guinea at Limbe Stadium. They had beaten Tunisia in their opener before drawing with the Gambia in their second game and then beating Mauritania in their third.