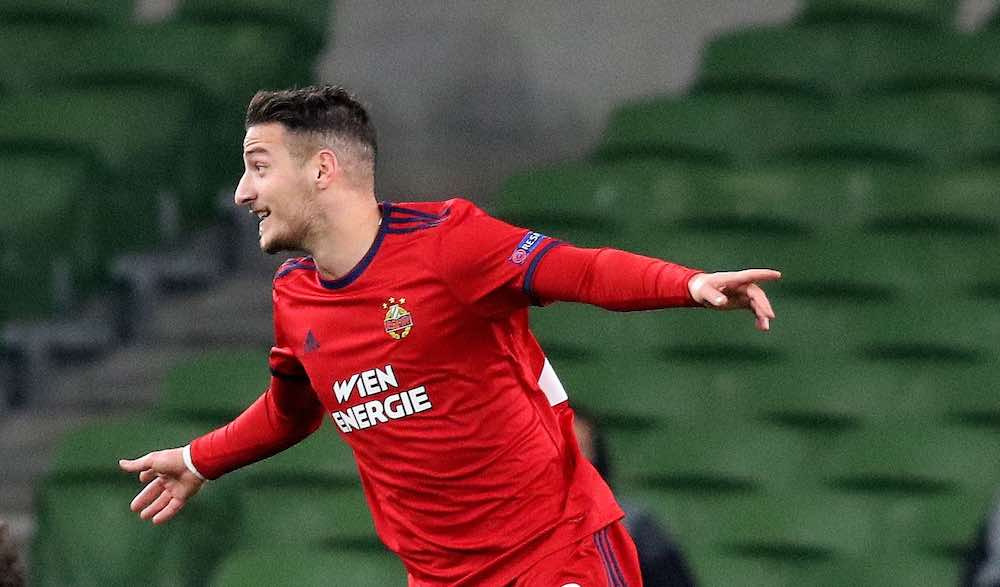 Orlando City SC continued the revamp of their forward line by signing Austrian striker Ercan Kara as their third Designated Player (DP). He joins from Rapid Vienna for an undisclosed fee.

Kara is the latest signing after Facundo Torres arrived from Uruguay and the re-signing of Alexandre Pato for 2022. They are also looking to confirm the transfer of winger Gastón González from Union de Santa Fe.

Several players have left this season, with former DP Nani ending his contact and heading to the Italian Serie A to play for Venezia, while Chris Mueller joined Hibernian in Scotland.

Centre forward Daryl Dike has joined West Bromwich Albion for a huge deal of close to $10m. This sale has helped finance these moves which sees Óscar Pareja have a new set of attacking weapons for the 2022 season.

Kara brings a totally different skill set to Pato, though in some ways a similar one to Dike. He is a strong and physical striker who will be a massive threat in the penalty area and will have plenty of quality players around him to provide service.

Not only a big target man, Kara is also a technically gifted player as well and will combine effectively with teammates to provide a varied style of attack which could be hard to predict for opposing defences.

Kara joined Rapid Vienna in 2020 and has amassed 55 goals and 23 assists across 108 games. He has experience of playing in the UEFA Champions League and Europa League competitions.

His experience will be invaluable with an Orlando side keen to move on and reach the levels they have set themselves.

His movement is excellent and can position himself well in front of defenders and time his run well to be able to attack through balls and crosses.

Set pieces were a big part of any success Orlando had in front of goal last season and they will be able to utilise this once again with Kara’s added height and physicality in the air.

Only two playoff-qualifying sides conceded more goals than Orlando last season — Portland Timbers and Real Salt Lake — so Pareja will need to ensure his defence improves in order to not place such high expectations on his new attacking recruits.

They managed 50 goals in the regular season last year and will be hoping with these new forwards that more can be found, though need to aim not to be in a shootout each week!

Not forgetting Mauricio Pereyra, this Orlando attack could line up with Torres and González on either wing with Pereyra behind Kara and be one of the most exciting forward lines in Major League Soccer.

All is now down to Pareja to ensure he can get the new players to gel and be ready for the season opener at home to Montréal on Saturday, February 27.