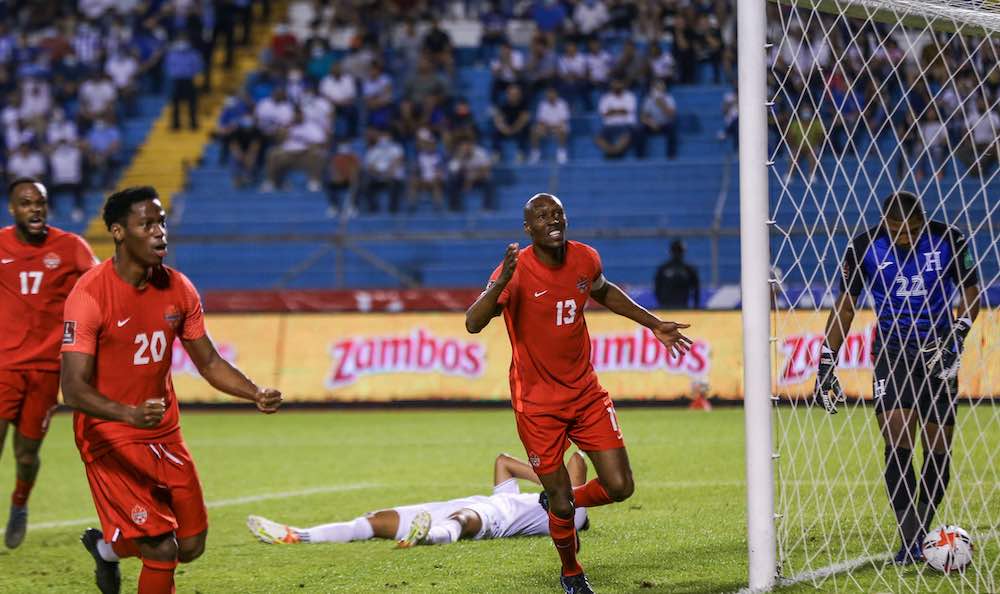 This victory puts John Herdman’s side one step closer to the 2022 World Cup in Qatar.

Canada went ahead early in the first half after a strong effort from wingback Tajon Buchanan.

Dancing past defender Diego Rodriguez, Buchanan sent in a quick cross across goal, where Cyle Larin was the intended recipient.

Instead, an attempted block from Honduras defender Denil Maldonado went straight into his own goal, giving the Canadians a 1-0 lead at halftime.

Come the second half, Canada goalkeeper Milan Borjan was called into action as Honduras picked up in attack.

A Kervin Arriwga header following a free-kick from outside the box was heading to the back of the net, but Borjan stepped up with an important save to keep his side’s lead intact.

A few minutes later, Jonathan David sealed the victory for the Reds, chipping the goalkeeper after connecting with Liam Fraser’s excellent long ball.

Huge save from Borjan leads to an incredibly cheeky finish from Jo David ON. A. Platter… from Liam Fraser and that trail away celly… 👀 #CANMNT #ForCanada pic.twitter.com/7KFoImGPn1

“Milan [Borjan] came up big in some moments and I think we could’ve had them put to bed a little earlier with some of the transitional play,” said Herdman after the game.

“But all in all, three points, top of the group, still undefeated and we move on to the next game.”

"It was a professional performance. We never came here to play pretty football. All that mattered was the result and it was the perfect scoreline for the team." #CANMNT #WCQ #ForCanada pic.twitter.com/AbrYpWZ2B3

For the reds, this victory was important on multiple levels. It was their first win in Honduras in over 35 years and also serves as a confidence booster heading into their next matchup — in Hamilton against the United States who are in second in qualifying, one point behind Canada.

The Reds will have to carry over this game’s momentum into Sunday’s against the USA.

Midfielder Atiba Hutchinson captained the team and earned his 91st cap, a record for Canada.

“We showed real character today,” Hutchinson said. “Everybody was fighting for each other, like we always do, to get a result here.

“It’s a special one because it’s been a long time waiting for us to come out here and do something big and we all did it today as a team, collectively.”

Canada will have to show exactly what captain Hutchinson commented on — character and fight collectively — on the pitch on Sunday against the USA.

It would be a special result and take them a step closer to qualifying for the 2022 World Cup.

On to the next… #CANMNT #ForCanada #WCQ pic.twitter.com/WaCqOyFpBx