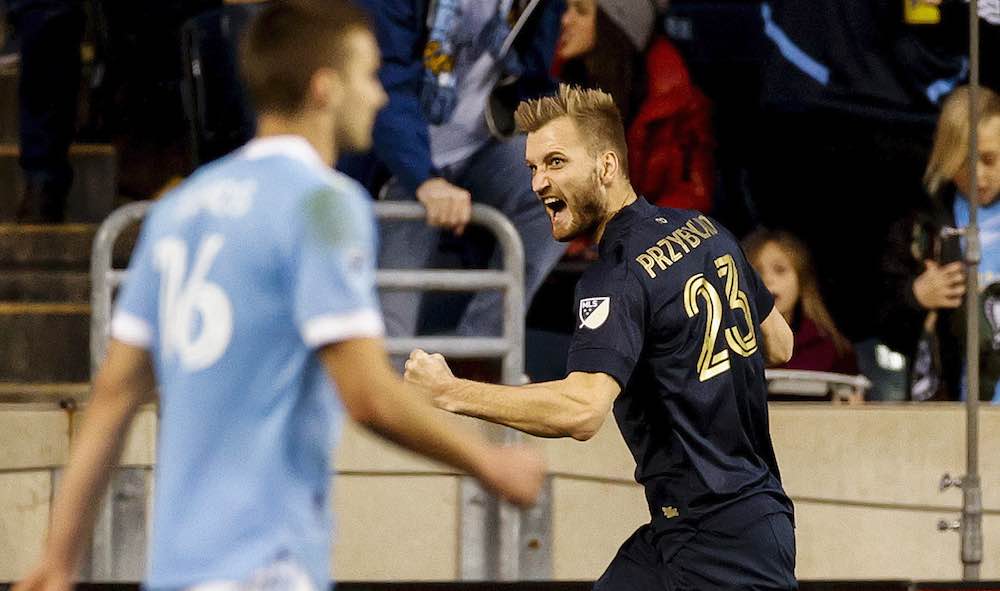 Chicago Fire confirmed on Saturday that they had acquired 28-year-old striker Kacper Przybyłko from Eastern Conference rivals the Philadelphia Union.

The German-Polish dual-national came through the youth ranks at hometown club Arminia Bielefeld and spent his whole senior career in the German divisions before making the move to the US.

The 193cm forward had hardly set the world alight at any of his previous clubs, with seven goals in 30 games in the 2. Bundesliga for Kaiserslautern representing his greatest return in senior football. He also endured a tough start to life with the Union, with a foot injury keeping him out of action for months.

But when he finally did pull on a Union jersey, Przybyłko proved to be devastating; scoring an impressive 15 goals in 26 appearances in his first season — the second-highest single-season tally in the franchise’s history.

He continued to be prolific in his remaining time in the City of Brotherly Love, his 49 goal contributions (35 goals, 14 assists) making him one of the deadliest attacking threats in the league.

Chicago had only managed to average 40 goals a season over the past three years; C.J Sapong (13) and Nemanja Nikolić (12) in 2019, and Robert Berić (2020), the only players to hit double digits in that period.

With all three long gone after Berić left at the end of last season, it’s little wonder the Fire had put a proven goal threat at the very top of their shopping list for the off-season.

“Going into the offseason, we wanted to sign a top attacking player with MLS experience and Kacper has been one of the most effective goal-scorers in this league over the last three seasons.” Sporting Director Georg Heitz told the club’s official website.

“With his physical attributes and knack for scoring goals, we believe that he will be a great addition as we continue to build a talented roster for 2022 and beyond.”

The former Polish U21 international is new coach Ezra Hendrickson’s second signing, following 31-year-old centre-half Rafael Czichos to the Windy City. The left-footed defender arrived from FC Köln, where he made more than a century of appearances, earlier this month.

Przybyłko is now expected to join up with the Fire in Orlando, where his new teammates are already undertaking pre-season preparations.