How High Are Crystal Palace Aiming Under Patrick Vieira? 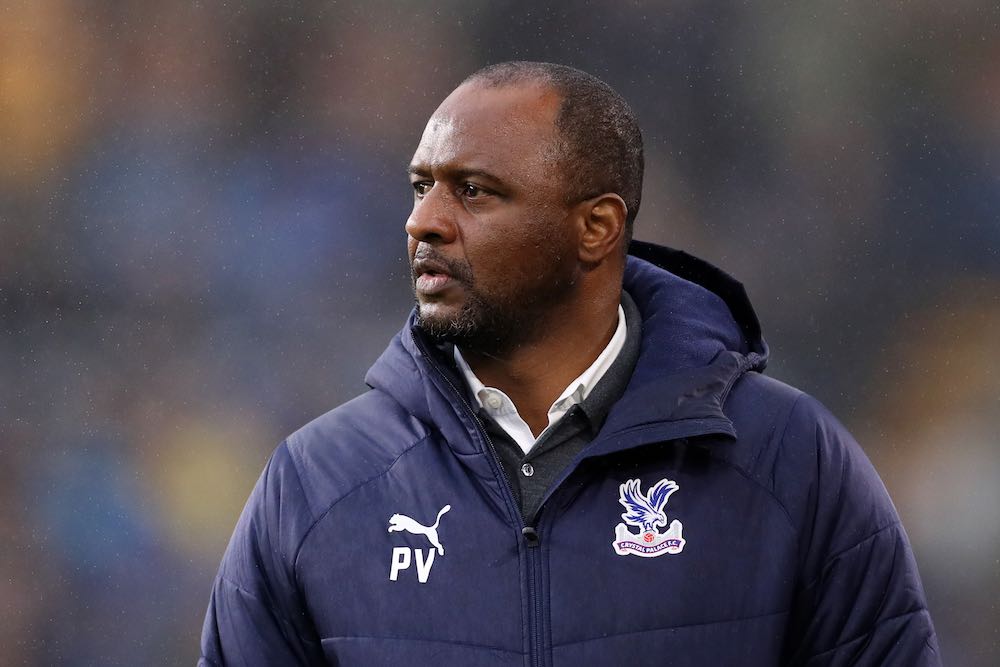 What do Crystal Palace want to be? It’s a good question. They’re a fine football club, proudly situated in South London with well over a hundred years of history behind them. But the financial reality of the Premier League – and European football generally – places a ceiling on their ambition that’s difficult to penetrate.

They’ve never won the League Cup nor the FA Cup. Their highest finish in the First Division came in 1991, when they finished third. In the 21 full seasons that have taken place since the dawn of the 21st Century, Palace have spent nine in the Premier League – eight consecutively since they earned promotion to English football’s top flight in 2013.

Roy Hodgson was in charge for the last four of them until Palace decided against renewing his contract and instead opted to appoint Patrick Vieira as coach – but only after negotiations with Nuno Espírito Santo broke down when he caught wind that Everton were potentially interested in appointing him.

In truth, Palace’s decision to go with Vieira instead of Nuno was a blessing in disguise. The Portuguese took over at Tottenham only to lose his job in November, and in truth, he would have played the kind of conservative football that Palace were hoping to move on from.

Hodgson is a superb coach, and he’s enjoyed real success throughout his extensive and well-travelled career. But the feeling that Palace were treading water was evident.

If Hodgson and Nuno were considered a safe pair of hands, Vieira was most certainly a risk by comparison. The former French international – one of the finest midfielders to have ever played the game – had been a coach since 2016, spending two years with New York City before two more years in Ligue 1 with Nice.

He enjoyed modest success with both – he improved the former’s combined standing in MLS in both of his seasons in charge, and enjoyed a strong start to life in the Côte d’Azur before losing his job after a run of five straight losses at the beginning of his third year.

His time at Palace, however, has been a success. Eschewing the more reactive, counter-attacking style favoured by Hodgson, Viera has tried to spin Palace around and implement a more proactive, possession-based system. And the results have vindicated his work – Palace end 2021 sitting eleventh in the Premier League table, just two points behind Wolves in eighth. They finished 14th in each of the previous two seasons.

Vieira hasn’t sparked a revolution at Palace, but the nature in which he’s gone about his business has changed the atmosphere at the club and underlined exactly what supporters of middling Premier League clubs want. Safety from relegation isn’t enough – they want the feeling of progression, of adventure.

They want nights like their 3-1 defeat of Everton at Selhurst Park earlier this month when a Conor Gallagher brace inspired The Eagles to a fine victory over an insipid Everton side. Everton, by coincidence, are the opposite to Palace at the moment. They don’t identify with their coach and aren’t building the kind of positive, front-foot football Palace are.

And these things are important. It’s hard to imagine Palace ever pushing for Champions League football, but the Europa League isn’t out of the question. Nor is a run in the FA Cup or the League Cup.

The fans who make biweekly pilgrimages to Selhurst Park aren’t asking the world – they just want that feeling of gradual progression and ambition, sprinkled with the magical moments that make the whole endeavour worthwhile.