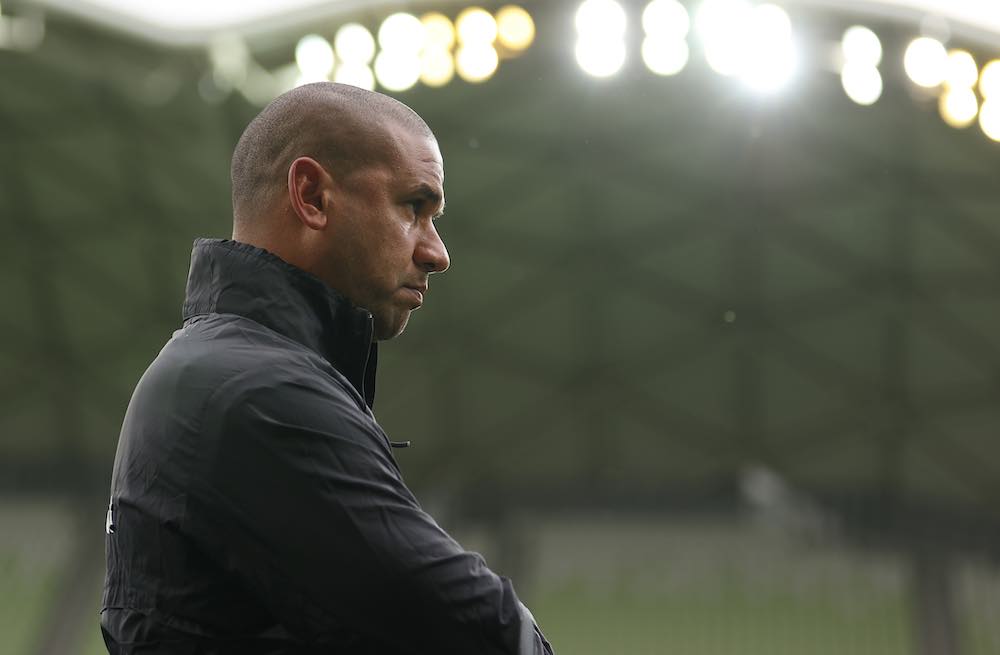 When the City Football Group entered the fray with their 2014 takeover of A-League strugglers Melbourne Heart, many expected instant success.

But for all the financial clout and prestige the arrival of the CFG leant to the club, fans would have to wait seven long years for their taste of glory.

Under the stewardship of former Heart defender and home-grown coach Paddy Kisnorbo, Melbourne City swept the competition aside with alarming ease in 2021, satisfying their ‘seven-year itch’ with a Premier’s Plate and Grand Final win over reigning champs Sydney FC.

Having kept the majority of a squad that dominated the division with such ease intact, many felt it would be a case of business as usual for Kisnorbo and co. second time around but they have, so far, failed to carry their electric form over into the new campaign.

So, where is it going wrong?

While on the park City kept the band together, things were far less settled behind the scenes. There was a swathe of changes to the backroom staff over the off-season, including the departure of highly-rated assistant Des Buckingham, who left for CFG sister club Mumbai City on the eve of the season.

While Kisnorbo rightly achieved plaudits for bringing success in his maiden campaign in management, it appears he has struggled sightly without his right-hand man.

Former Cardiff City man Craig Noone formed a formidable City front three with Jamie Maclaren and Andrew Nabbout, one that combined for 52 goal contributions in the championship campaign, but switched Melbourne for Sydney in the off-season, signing for big-spending newcomers Macarthur.

The club looked to have secured a more than capable replacement, bringing Socceroo Mathew Leckie home after a decade in Germany.

But so far, the 30yr old has cut a forlorn and frustrated figure out on the wing; There is time yet for him to find his feet, but so far he has struggled to slot into Kisnorbo’s system.

While the goals of their unstoppable attacking triumvirate grabbed the headlines last year, City were also defensively solid. They might not have had the stingiest defence in the league, that award goes to title rivals Sydney (23 goals), but City’s back line only let in 32 goals and kept seven clean sheets on their way to the title.

This season, they have already conceded 11 goals in seven; Young ‘keeper Tom Glover looks out of sorts and has dropped a few clangers, while some poor decisions and lapses of concentration from the defence has seen the team concede some sloppy goals late on, costing them important points.

An injury to centre-half Curtis Good hasn’t helped, he was imperious at the back last year, and Kisnorbo will be hoping the experience of former Arsenal defender Carl Jenkinson, who arrived on a shock loan deal to replace outgoing Nathaniel Atkinson earlier this week, will help settle things down at the back.

They play Central Coast Mariners at the start of February, with many reputable bookies backing them to return to form. Unibet, which is one of the most popular sportsbooks in Australia, highly rated by experts – as shown in this Unibet Australia review – has Melbourne Victory priced at 2.15 to win the game.

While it certainly isn’t ‘panic stations’ time, City started slowly last year and are currently in fourth, things will need to improve quickly if they are to have a hope of a successful title defence.