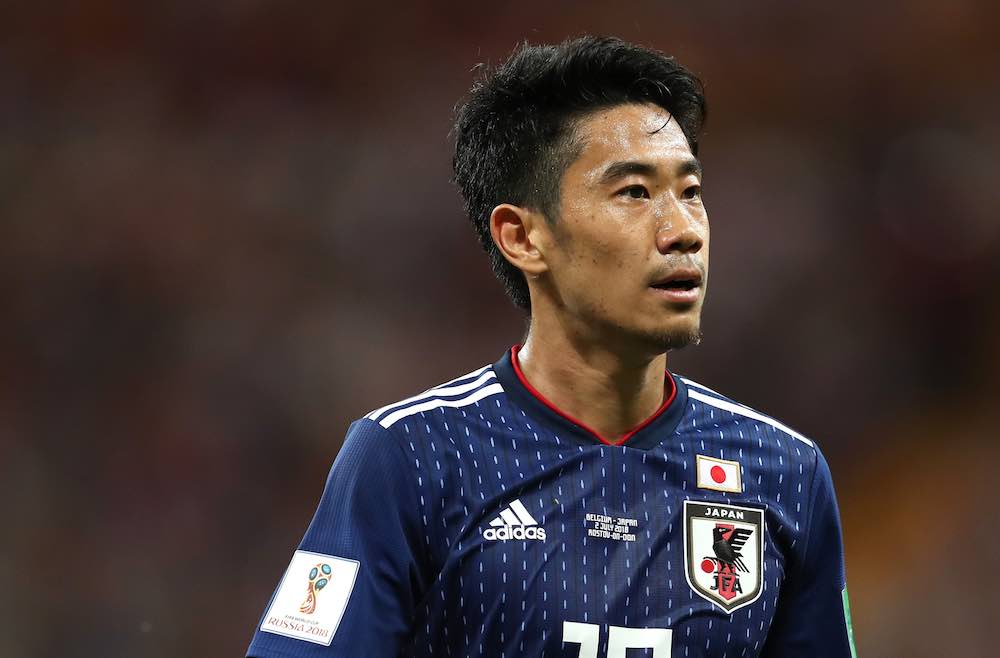 When Shinji Kagawa was released early from his contract at PAOK Thessaloniki in December, there was heavy speculation that he was going to retire at only 32 years old.

Instead, the Japanese former Borussia Dortmund and Manchester United superstar last week sealed a move to mid-table Belgian Pro League side Sint-Truiden. At first look, it’s a surprising switch, but on closer inspection, it’s a move that could benefit both club and player.

Following a stellar start in European football, Kagawa’s star has fallen in recent years. He burst onto the scene as a key member of Jürgen Klopp’s ‘heavy metal’ Dortmund side, sealing a German league and cup double in 2012, becoming one of the hottest properties in world football.

A mixed spell at Manchester United included a Premier League winner’s medal in Alex Ferguson’s final season in 2013 before spending a further four years at Dortmund without hitting the heights of his first spell.

Since leaving the Westfalenstadion a second time he’s led a nomadic career also passing through Real Zaragoza in Spain and Beşiktaş in Turkey.

Having started only three competitive matches in 12 months in Greece, you could be forgiven for thinking his career is coming to an end. Otherwise, a return to the J-League to play in front of thousands of adoring fans could be an attractive retirement plan.

So why join a mid-table Belgian team?

Perhaps surprisingly, after Belgium and France, Japan has the third-highest number of players in the Belgian top-flight with 15 players plying their trade in the Pro League.

Japanese players, famously technically talented, target Belgium as the ideal introduction to the physical, cultural and tactical demands of European football before aspiring to move to one of the continent’s top five divisions.

Sint-Truiden (often known as STVV) is the heartland of this colony and Kagawa becomes the seventh Japanese player in their squad. The club has been owned by the Japanese company Digital Media Market since 2017 and already has a track record of importing Japanese players. Arsenal’s Takehiro Tomiyasu and Eintracht Frankfurt’s Daichi Kamada were key in their excellent 2018–19 season.

Elsewhere, Genk’s winger Junya Ito is one of the best players in the Pro League and scored as they won the 2021 cup final.

Another winger, Kaoru Mitoma has been excellent for current league leaders Union Saint-Gilloise and parent club Brighton & Hove Albion will be watching closely.

Kagawa, of course, doesn’t need to introduce himself to anyone. Rather, he clearly still feels he still has something to prove.

As officially announced,
I am joining the STVV.
I was struggling last year under hard term. But I always have a strong desire to play in Europe.
I will keep going to play football in order to say „My Decision is right“.#stvv @stvv @STVV_JP pic.twitter.com/VnW8vu2I7Q

It’s worth noting that while he last played for Japan in 2019, he has never officially retired from the national team. With a World Cup looming at the end of the year, he may feel he could still push for a place in the squad and that a European team with such a strong connection to his homeland could help his cause.

A Japanese journalist based in Sint-Truiden relays news about all of the nation’s players in Belgium and Kagawa’s arrival will add another level of exposure.

STVV’s Japanese Twitter profile has more followers than its official counterpart. If he rediscovers a hint of former self, it won’t go unnoticed.

In return, Kagawa can be a vital role model to his six compatriots in the STVV squad and provide a useful bridge for the management and senior players, smoothing out communication problems.

This added support structure and responsibility may help bring out his best. If STVV build their game around him, his quality on the ball, capacity to unlock defences and experience could add an extra dimension to his new team.

So whilst a curious move, Sint-Truiden may just prove the perfect destination to reignite the career of the popular playmaker.