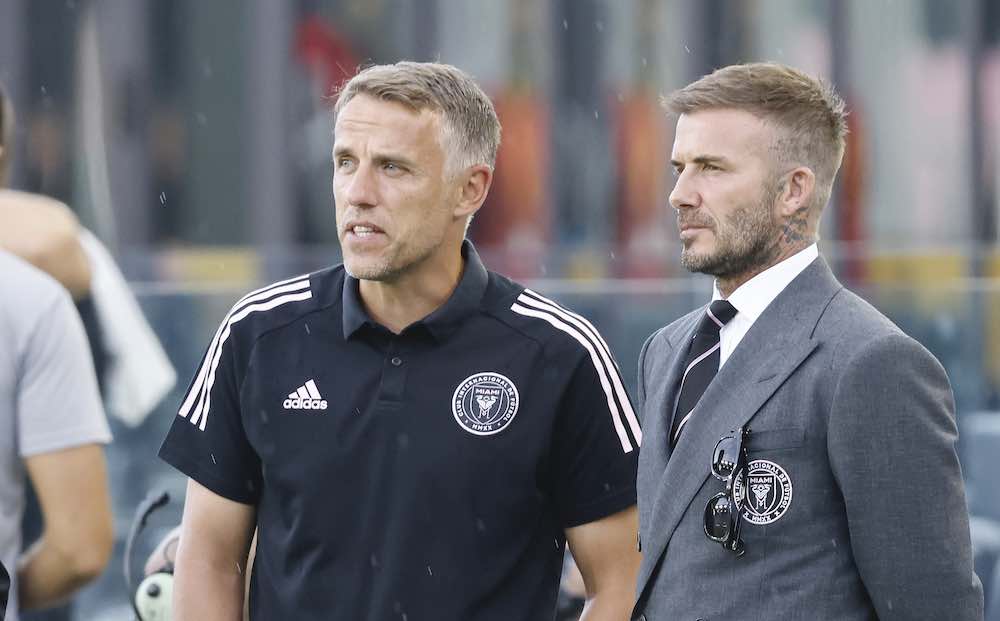 When David Beckham and Co. appointed Becks’ old friend Phil Neville as manager of Inter Miami last season, the side began a new chapter in an intriguing story of a very young club.

They had moved on from Diego Alonso who managed the side in their inaugural season, ending with seven wins from 24 matches and losing 14.

Alonso took over in less-than-ideal circumstances. He took the reins just three months prior to the beginning of the season and had to prepare a brand-new side to compete in Major League Soccer.

Mistakes appear to have been made by the club in their preparations for joining the league, and Alonso lasted just one season before parting ways.

Neville had left his role as manager of England’s Women’s side after a run of poor results, and immediately took on the role of Inter Miami head coach in January 2021.

This gave him time to assess his squad and work with the board to organise the roster with plenty of time, unlike Alonso.

2021 had its highs and lows, starting with salary budget and roster issues which resulted in a reduction of $2,271,250 from the 2022 and 2023 allocation money for player signings.

At one point in 2021, Inter looked like a potential play-off side, going on a solid run on seven wins in 11 leading up to mid-September, but either side of this run Neville’s side had two six-game losing streaks which showed the flaws in the squad as well as the tactics being used. 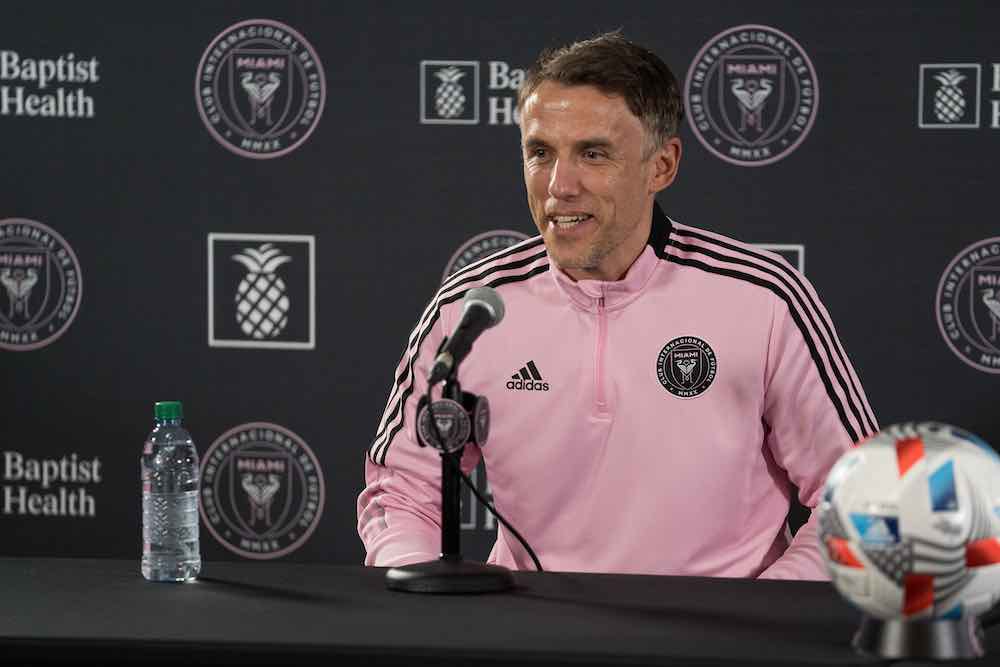 While manager of England women, Neville often preferred variations of a 4-3-3 or 4-2-3-1 formation but with Inter Miami he struggled to get settled and find the right shape for his side.

A back three with wingbacks became a favoured setup, but this moved winger Lewis Morgan, who had been a standout player even under Alonso, into a right-wingback position which took away a lot of his attacking threat.

The pressure got to Neville at times, and he even had to issue an apology for accusing league officials of repeatedly cheating his team.

Despite moments like this and the poor runs of form, he will continue as manager in 2022 and is spending the off-season cleaning house with the board.

Despite approaching just their third season as an MLS club, Inter Miami are going through a rebuild. Several high-profile players have departed, and the list kept getting longer and longer.

Federico Higuaín retired at the end of the season and seven players were released including Brek Shea.

Rodolfo Pizarro has been sent on loan to Monterrey in Mexico, Matías Pellegrini is also on loan at Etudiantes in Argentina.

Another central defender, Christian Makoun, has joined Charlotte FC which has given Inter Miami the number one spot in Allocation Ranking in return.

Designated Player and former French international Blaise Matuidi is also set to leave despite having another year left on his contract.

Inter Miami are looking at terminating his contract after failing to impress last season.

The club have been trimming the roster and making moves to free up the little financial wriggle room they have after restrictions to the budget were enforced. But what can we expect from Neville with this responsibility and opportunity?

Inter Miami is the first club side that Neville has managed after a playing career in England with Manchester United and Everton.

He had a caretaker manager role with Salford City in 2015 — the club which he became joint owner in 2014 with former Manchester United teammates Nicky Butt, Ryan Giggs, Paul Scholes and brother Gary.

With the departures being confirmed in their masses, the incomings are being sought after and announced. Jean Mota has been signed from Santos in Brazil to fill the role Matuidi was occupying last season.

Mo Adams has joined from Atlanta FC, a versatile player able to play in the midfield but could also fill the right-back spot —  to say they lacked depth in that position would be an understatement. It was this issue that forced Neville’s hand in some ways to move to a back three with wingbacks in the first place.

Costa Rican winger Ariel Lassiter arrives from Houston Dynamo and Bryce Duke arrives from LAFC. Duke is a promising talent and at the age of 20 already has 26 MLS appearances and one Concacaf Champions League appearance to his name.

They still have Gonzalo Higuaín in the centre forward position, but should Neville be looking to return to his previously favoured back four formations, there may need to be some additions around him. 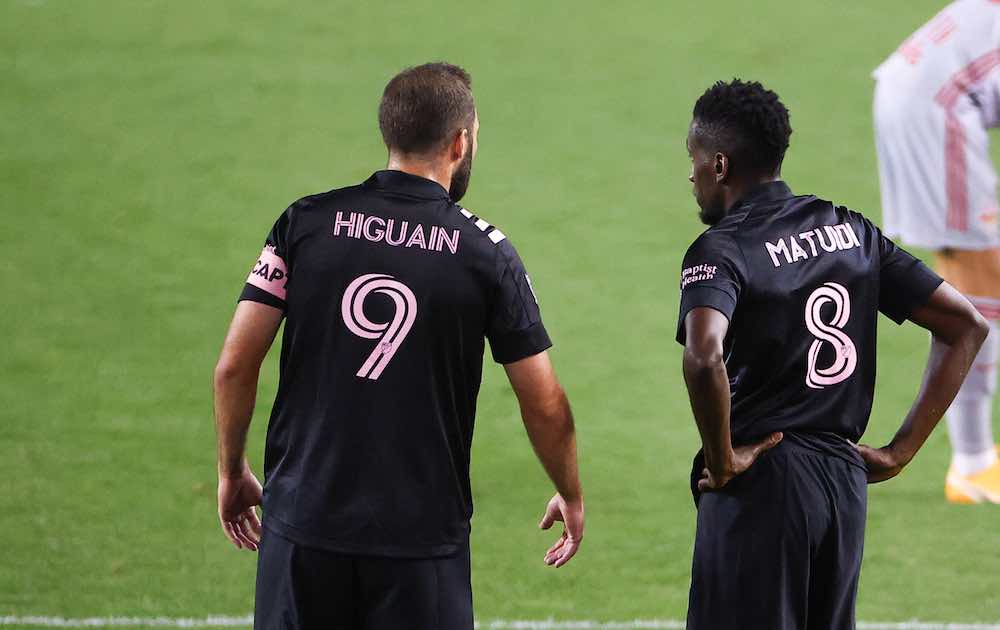 Lassiter and Robbie Robinson are the only other forwards with any experience and getting the ball to Higuaín in dangerous areas was a huge challenge in 2021.

The former Juventus striker managed 12 goals in 2021 over 30 games and will need far better support if he is to equal or better that in 2022.

Neville will likely continue to favour the focal-point No. 9 and have players operating around him, and this will no doubt be addressed.

Pizarro has left so a new No. 10 will likely be targeted to add some creativity behind Higuaín as well as in front of a hard-working midfield.

Trading up for first place in the Allocation Ranking could we see Neville targeting some creativity with a player like Pity Martinez, or sure up the right side of defence by signing DeAndre Yedlin.

Along with the Allocation Rankings, they have also been looking at how they can fill at least one of the two Designated Player slots they now have available.

Luis Suarez has been heavily linked and adding his tenacity and quality to the forward line could be a way for Neville to boost the energy of his side’s performances and add a proven goal scorer to the ranks.

Players of Suarez’s ability and style of play may be an exception, but Neville needs to be wary of bringing in ageing veterans from Europe expecting them to deliver in the MLS.

Inter Miami fans went viral in Spanish speaking media for singing in Spanish “let them all go, not a single one left” while their players applauded them at the end of a game they lost.

They’re getting their wish

20+ players moved on or sold. More to come pic.twitter.com/ajrvcy0cwe

Fans showed their displeasure at the end of the season and bringing big names to draw the crowd only works long term if those players, and their teammates, deliver.

After two disappointing seasons with such high expectation and exposure with the attention David Beckham brings, Neville will undoubtedly be expected to improve on last season despite the restrictions the club are under.

It remains to be seen if Neville is up to the task of building a squad to compete. With such publicity and big-name branding, the Inter Miami managers seat is piping hot under the Florida sun. A weight of pressure is on Neville to get this summer right.

With a season under his belt, he now knows those who are still around and how they best suit their roles.

Identifying his favoured system and style is imperative and will need to ensure there is no chopping and changing of style and philosophy which is vital in building an identity for the club.

England Women’s side were one of the top international sides and Inter Miami have the same desires in the MLS. Neville now has the responsibility of building this at club level after inheriting it at international.

They kick off their 2022 MLS season at home to Chicago Fire in February and there is sure to be several arrivals between now and then.

Who Neville brings in to support his striker and what depth is added in defence will give the guidelines for how Inter Miami could set up going into this game and the new season.