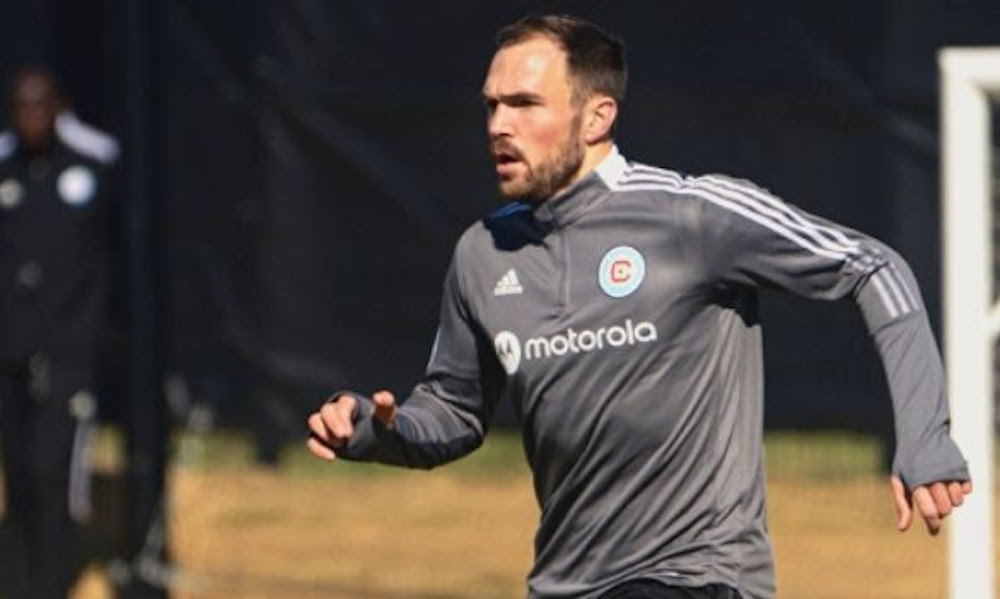 Despite being a Chicago Fire player for just over four weeks, and only actually with the team for one, the word is quickly becoming synonymous with Rafael Czichos. Leadership.

From the moment the club acquired the experienced centre half at the beginning of January, sporting director Georg Heitz and head coach Ezra Hendrickson have both been quick to praise his leadership qualities at every given opportunity.

It is little wonder, then, that when he was finally presented to the media this week, one topic of conversation would dominate.

“Yeah, before I signed the contract, I talked to the coach and he told me that he needs a leader, and we had a really good talk about it,” said Czichos, reflecting on Hendrickson’s comments.

“After, we both had a good feeling, and I’m here now to lead the group with Johnny Bornstein, and, yeah, the first days went really well.”

The 31-year-old finally touched down in the US last week after complications with his visa application delayed his arrival. He is already relishing the opportunity and responsibility of mentoring the Fire’s plethora of young defenders.

“We have a really young team so we need mentality on the pitch, we need leadership, and yeah, that’s going to be one of my tasks.

Czichos has made more than 400 appearances in his career to date, including 111 for FC Köln who he helped return to the Bundesliga in 2019.

During that time, he has shared locker rooms with an array of talented and experienced individuals across the German divisions; watching, learning, shaping his own leadership style.

“I played with a lot of great players but I would say I’ve never had an idol or something or a guy I really looked up to. I always wanted to make my own experience,” he adds.

“I think I’m 12 years now in this business and so I’ve got a little bit of experience.

“Even Johnny Bornstein, I’ve known now for like three days, shows me how to be a leader in this team.”

With the exception of the veteran Bornstein, Czichos will find himself at the heart of a young and inexperienced Fire defence this season, potentially lining up alongside exciting young prospects such as Carlos Terán, Miguel Navarro and first-round draft pick Kendall Burks.

Behind them? 17-year-old goalkeeper, Gabriel Slonina.

It’s a new challenge for Czichos but at this stage in his career he insists he is ready for the responsibility to lead and guide, to set the bar.

“Of course, these guys are really young and I want to help them,” he says. “I want to show them how they can be more successful in their career.

“I want to be the guy that has the control on the defence. For example, if I say we have to step up a little bit, then they have to follow.

“These are only small things but they are really important at the end in the game. So, yeah, I think they want to learn, and my task is to organise the defence this year.

“Off of the pitch, I am not the guy who is really noisy or loud, but on the pitch I’m vocal. I want to help these young players and yeah, they have to follow at the end.

“And I think what I have seen in the first two practices, as I said already, they want to learn and that’s important.”

Following the off-season departure of Francisco Calvo, there is a major opening for a proven leader — that of club captain.

So far, Hendrickson has refused to be drawn on who might take up the armband for the upcoming season, but given how complimentary the new coach has been of Czichos, and how comfortable the European defender with his new responsibility, you feel the former Köln man could, and perhaps should, be given the honour of leading out the new look Fire at Soldier Field in 2022.