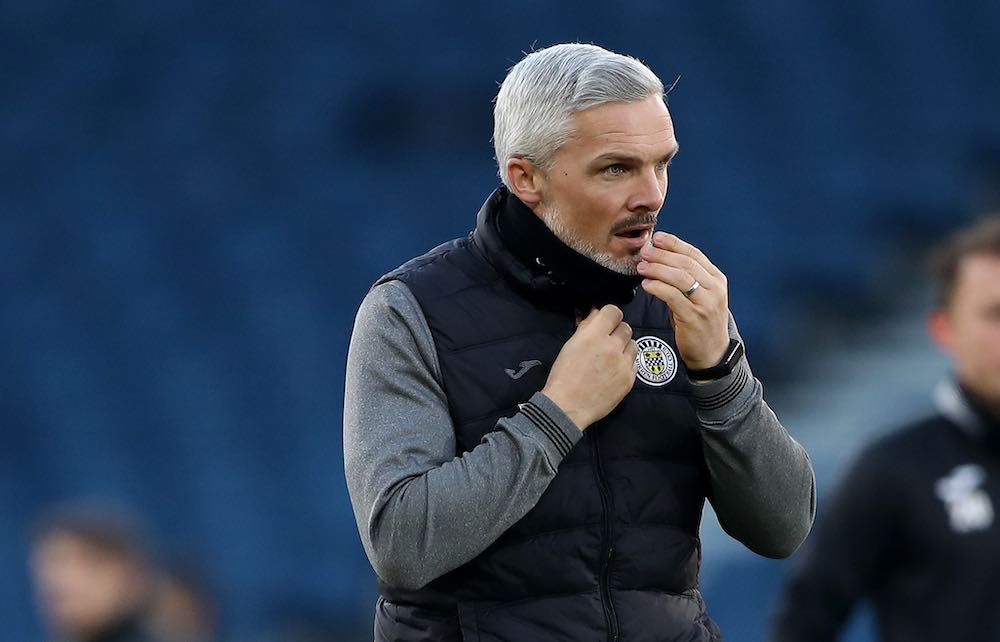 Kelty knocked out holders St Johnstone in the previous round but unfortunately, for them, there was to be no repeat this time.

The game started with a cagey first quarter of an hour before Saints took the lead through Alex Greive just after 15 minutes. The New Zealander’s goal meant it was two in two games for him.

St Mirren started controlling possession after the goal and looked most likely to score next but Kelty were resolute until half time and the score remained at 1-0.

After the half time interval, Jim Goodwin tweaked his setup by introducing Scott Tanser and Ryan Flynn to proceedings at the break.

Those changes added more balance to Saints and Jordan Jones scored a superb second with a fizzing shot from outside the box on his right foot that nestled in the top corner.

Jones continued to grow in stature in the second by getting on the ball at every opportunity and drawing fouls.

He assisted Greg Kiltie in the 58th minute for Saints third goal before a lapse in concentration at the heart of the Kelty defence led to Kiltie adding the fourth and final goal of the game five minutes before full time.

League Two Kelty brought seven supporters buses and their fans supported them to the bitter end.

To their credit, Kelty did creative a few chances but none were as clear cut as St Mirren’s which led to the Paisley side comfortably progressing into the quarter-final of the Scottish Cup.

St Mirren manager Jim Goodwin hailed his players after the match and believes his group is special.

“We deserve to be in the top six positions in the league and to be in the quarter-final of this competition,” he said.

“I believe that this team and this group of staff are capable of great things but we cannot get carried away. We have not achieved anything yet.

“I will ensure that we do not get complacent and that we maintain the high level of professionalism that you saw out there today.”

Goodwin also had specific praise for January arrivals Alex Gogic and Jordan Jones: “I was a defensive-minded player in my playing career so I am always quick to credit my defensive players. The attacking guys get lots of the plaudits – and rightly so – because we want to see goals and creativity.

“I am pleased with our January arrivals in Alex and Jordan Jones because they have been outstanding. They have not needed time to bed in because they were both fully fit when they arrived.

“We were very lucky to get them and we had to work hard to get them by letting five or six players leave the football club to free up some money.

“I was willing to reduce the squad because I knew that these boys would bring quality that could help take us to a different level and long may that continue.”

Kelty Hearts manager Kevin Thomson stated that his main priority was to win League Two and revealed that he would like to add more players to his squad in the next few weeks.

“I hope to add to the squad. We have a few injuries and it is not ideal. We were working with the bare bones today,” he said.

“For example, Robbie McNab had not trained but we had to ask him if he would be willing to go on the bench to give us another number in the squad.

“Our bench was attack-minded due to the personal availability so we were never going to go defensive. I will look and see if there is anyone available that can come in and help the lads get over the line [in League Two].”