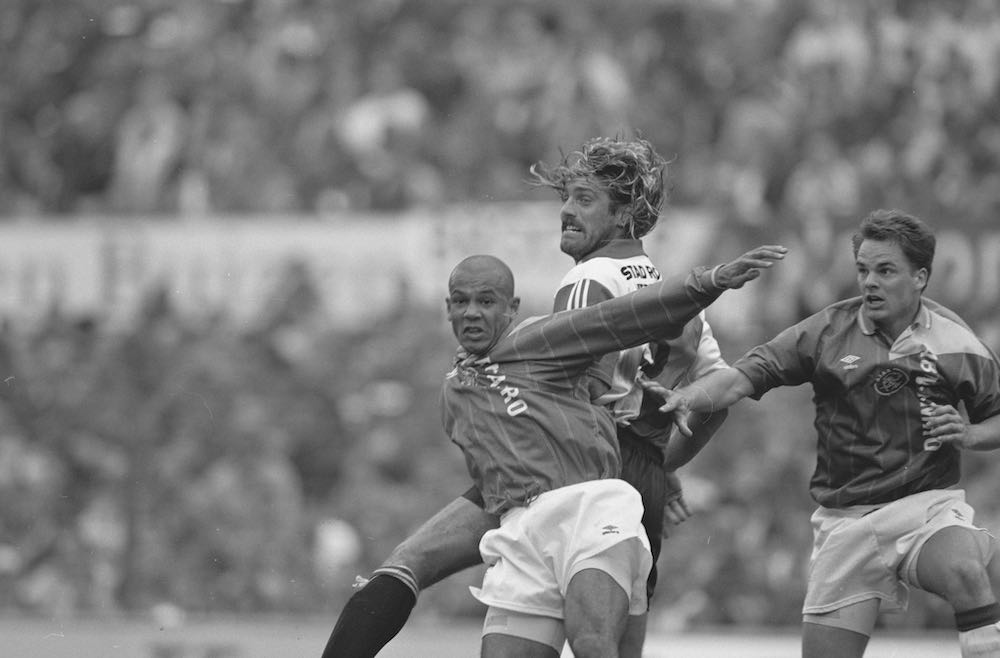 An interview with Marciano Vink, by Callum McFadden for WFi.

You started your career at Ajax and progressed through the youth academy alongside Dennis Bergkamp and the De Boer brothers. What are your memories of that time?

“I started playing at Ajax at the age of 13 and at that time there weren’t too many professional youth academies. So if you were selected to play for Ajax at that time, you had to be good!

“It was a dream for many youngsters to play at the Ajax youth academy. When I started at Ajax I played with Ronald and Frank de Boer, Bryan Roy, Richard Witschge and many more.

“Later on, I played at many different age groups and I played with Dennis Bergkamp as well.
It was a marvellous time to practice and train every day at the old Ajax stadium grounds. The matches we played at Ajax were of the highest level.”

You reached the first team and won the Dutch title under Leo Beenhakker and the Dutch Cup, Super Cup and UEFA Cup under Louis Van Gaal. What are your memories of Ajax overall and playing under those coaches?

“Playing at Ajax and especially in the first team was a dream come true. At that time we had 6-7 players or maybe even more who had played together in the youth academy and knew each other from a young age. We were good friends.

“At first we had a couple of managers at the first team, but everything got better when Leo Beenhakker came. We won the league, but then he left for Real Madrid. Louis van Gaal took over and we got even better and won the UEFA Cup!

“Both coaches had their strengths, but Leo Beenhakker was more of a people manager and a brilliant motivator, whereas van Gaal was more of a coach who was tactically of the highest level and very driven to succeed. He got the best out of us.”

“At the time I made my debut for the national team, PSV was the winner of the Europa League, and Ajax had also done very well in Europe. The team was of the highest level, with the guys from AC Milan such as [Ruud] Gullit, [Marco] Van Basten and [Frank] Rijkaard.

“My two caps came about because I had to replace Ronald Koeman in the squad because he was suspended for two matches by Rinus Michels.

“I did okay but I know I could have done better. However, it was probably the nerves to perform on such a high stage that made my performance a bit ordinary.”

You also played in Italy with Genoa and back in the Netherlands with PSV and ADO Den Haag. You played alongside Ronaldo in Eindhoven. What was he like to play and train with?

“Ronaldo Nazário da Lima was by far the best player I have ever played with. He was also a very humble person.

“It was amazing to see this young Brazilian showcase his magic in every training session and match at PSV.

“He was a guy who predicted before the match how much he would score that day and he often backed it up on the pitch. He was extraordinary.

“He was a great player, probably at that time one of the best…or the best!”

You were restricted by injuries at times during your career through no fault of your own. How tough was that for you to deal with?

“Of course, it was very tough because it became a case of doing rehab after rehab. This was due to muscle injuries and also some unlucky contact injuries.

“Later on, when I tore my cruciate ligament, I got the wrong surgery which set me back a long way. It took me almost two years to get back. That was the hardest rehab ever that I had to do.

“After that, I played some matches for ADO Den Haag and Ajax Cape Town. But in 2000, I retired because it took me too long to recover after matches.”

Last but not least, you are now a pundit for ESPN following retirement. How much do you enjoy your role and did you ever consider becoming a manager?

“I have also done many other things before becoming a pundit at ESPN.

“However, I really enjoy talking about players, clubs and football in general and sometimes do some small stuff for ESPN FC which is a worldwide show.

“I hope to do this for a while, but I have no interest in becoming a manager any time soon.”