Pitso Mosimane: ‘Europe Is Not Ready For African Coaches’ 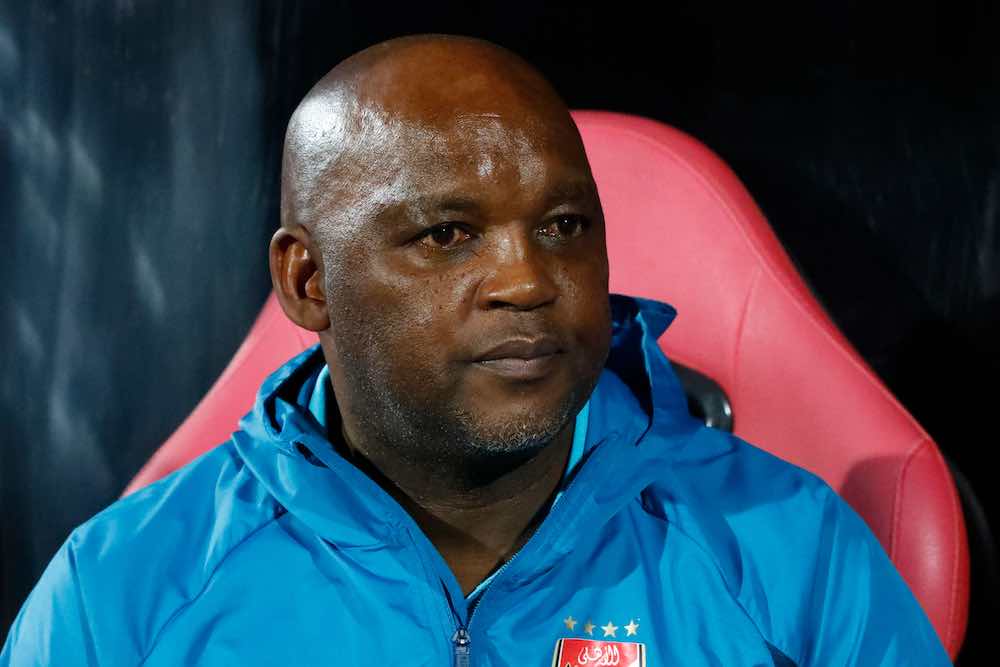 Pitso Mosimane is one of the greatest active African football coaches — a statement with which many prominent figures in football agree.

Legendary Egypt coach Hassan Shehata labelled Mosimane as one of the best coaches, and IFFHS awarded him the honour of being the Best Club Coach of 2021.

Yet when some reflected on Mosimane’s legendary stint with Egyptian giants Al Ahly and what went wrong, others looked for potential landing spots for the great South African coach.

“Pitso is one of the greatest Managers in Africa. He has done a great job with Al Ahly.”

He managed Egypt for 7 years. pic.twitter.com/5jqE4T6o9g

Journalists linked Mosimane with moves to celebrated Qatari clubs Al-Sadd and Al-Rayyan. They are not bad jobs, especially considering their contending status in Asia.

Yet most fans of African club football want Mosimane to make a move to Europe. Fans are linking the South African legend to jobs in Italy, France, and Belgium. It is safe to say that his options are varied, and many clubs can hope to have him on the touchline for their club.

The Qatari Stars League is by no means uncompetitive. Qatar is first in the West Region’s association rankings, ahead of leagues from Saudi Arabia, Iran, and the United Arab Emirates. Although Qatari clubs have only claimed the AFC Champions League twice, they consistently contend for the continental title.

Al-Sadd, the only Qatari club to win the AFC Champions League, is reportedly interested in Mosimane. Widely recognized as the best club in Qatar, Al-Sadd’s roster features Santi Cazorla and Andre Ayew. The superstar duo follows in the footsteps of players like Raul, Xavi, and Ali Daei. The Doha-based club leads the race to hire Mosimane.

Mosimane played twelve matches for Al-Sadd in his playing career. Although his stint with Al-Sadd was brief, Mosimane maintains a relationship with the club. Al-Sadd recently sent Mosimane a kit as a gift. Just days later, they sacked their head coach. It looks like Al-Sadd will push to be the club to capture Mosimane’s signature.

Al-Rayyan could still woo over Mosimane. They boast wantaway midfielder James Rodriguez, Algerian legend Yacine Brahimi, and World Cup winner Steven Nzonzi. They are one of the two teams still in contention for the 2021-22 AFC Champions League title, and they won eight Qatar Stars League titles(second only to Al-Sadd).

One of the things that would push Mosimane away from Al-Rayyan was their mid-table finish last season. Al-Rayyan veered dangerously towards the red in their woeful season, and their mid-table season does not boost them in the race to bring Mosimane. Although a rebuilding season will need a coach like Mosimane, Mosimane will not want to coach a rebuilding club. 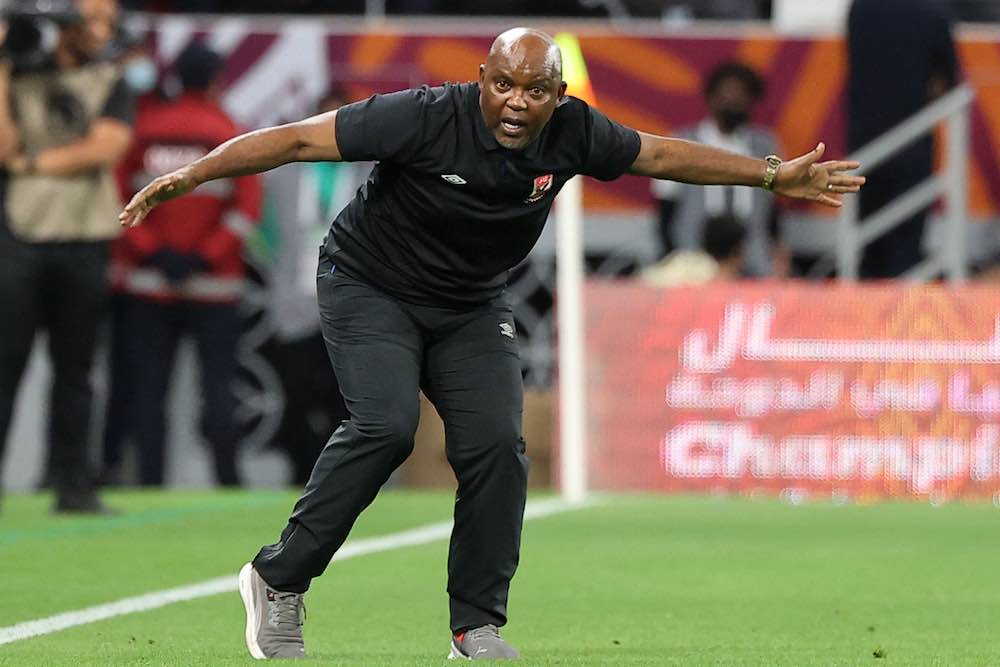 A move to Europe looks increasingly unlikely as the transfer window wears on, but there are numerous clubs with manager vacancies. Although the bridge separating Africa from Europe will be hard to jump for Mosimane, it is not as if he is not qualified.

He is one of the most prestigious coaches to ever set foot in Africa, so it is only right he can prove Africa’s legitimacy in Europe. Yet Mosimane spoke on recent links to Europe in a press conference.

“My journey started in South Africa then I won against the world,” he said a month ago. “I won the FIFA Club World Cup bronze medal twice.

“Europe is not ready for African coaches. You cannot tell me Wayne Rooney is better than me.”

Honestly, who can disagree with what he is saying?

Europe does not have any African coaches in its top five leagues, and there are few in the entirety of Europe. It could be because of a lack of grassroots or stricter certifications in Europe. Yet most of the elite head coach spots in football go to white coaches.

Although Africa needs a trailblazer like Mosimane to make history and land an elite job in Europe, it does not look like Mosimane wants a job there.

“Let me stay in the continent and maybe in the Gulf (there are opportunities). We don’t need to do football in Europe,” Mosimane shrugged. It looks like he is staying true to his words.

Despite the rumours of an immediate return to coaching, it looks like Mosimane may actually take a break from the stressful, often-controversial world of football management.

Although the elite South African coach is fielding offers from the South African national team, AFC Champions League contenders and everyone in between, he reportedly wants to take a break before he resumes his coaching adventure.

“I’m happy to take a break,” he said. “I’m happy to wake up at 11am and I’m happy that I’m not accountable to anybody at this point in time.

“I’ll get back to coaching when I feel like I want to go back.”

So although one of Africa’s best coaches will not be near a locker room anytime soon, he will stand victorious with a new team soon enough.