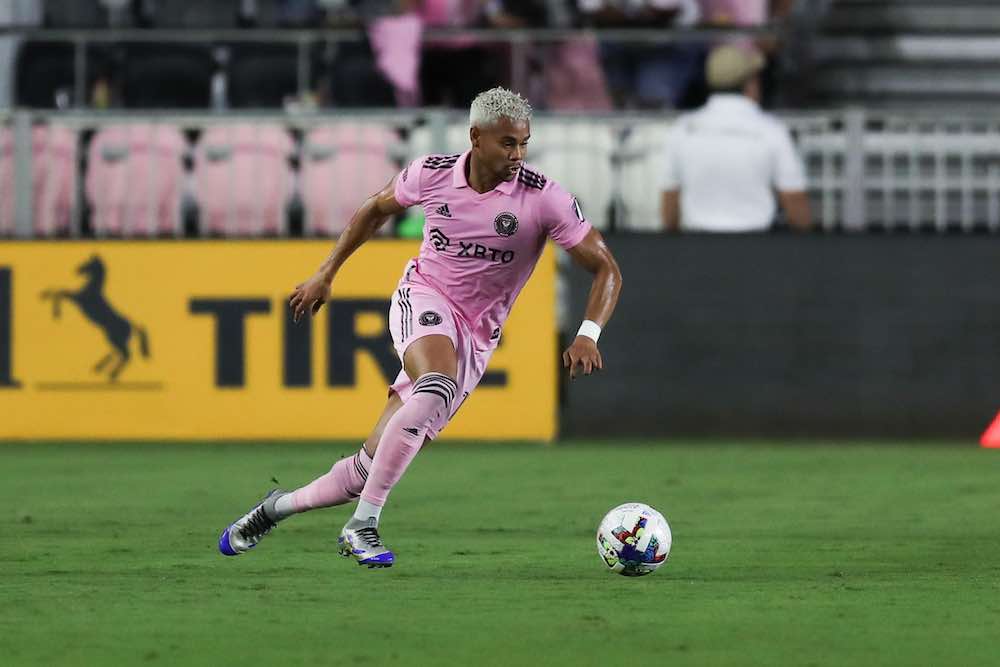 Toronto FC suffered a setback on Saturday night as they lost 2-1 to Inter Miami at DRV PNK Stadium. The defeat ended Toronto’s five game unbeaten streak and was their first loss with Lorenzo Insigne and Federico Bernardeschi both in the lineup.

Jean Mota and Ariel Lassiter scored for Miami while Insigne had the lone goal for the Reds. It was a disappointing result for the visitors as Toronto continues to make their push to earn a spot in the Major League Soccer playoffs.

Toronto trails New England Revolution by four points, who currently hold the final playoff spot in the Eastern Conference. In addition, the Revolution have a game in hand and will make TFC’s task more difficult.

“We gave up two very bad goals and so we had to really chase the game,” TFC manager, Bob Bradley said of the team’s performance.

“We put so much into it. I thought in the second half, we continued to try to find different ways to get into the box, create chances. For me, there’s a penalty in there.

“But not sharp enough in some of those other moments, and you know, you put a lot of energy out trying to get back into the game.”

It was a disappointing performance from Toronto goalkeeper, Alex Bono, who made a costly mistake in the first half.

For the first 20 minutes of the match, the visitors controlled the tempo and pace of the match. They looked poised to take the three points based on the start they had, however, that changed in the 24th minute.

From far outside TFC’s box, Mota got his shot off directly at Bono. The goalkeeper made a poor attempt at a save as the ball went off his hands and ricocheted into the back of the net. After a great start to the match, the momentum shifted Miami’s way. For a second straight match, Bono has made an error which has resulted in dropped points for Toronto.

“This is sports. That’s going to happen at every single level around the world,” Lukas MacNaughton said of the error made by Bono.

“So, we just say, heads up, we are going to keep going and we have your back no matter what happens. Obviously, we don’t want it to happen but it’s just going to happen. It’s part of sport.

Although Insigne scored to tie the match in the 28th minute, Miami regained the lead in the 44th minute from Lassiter and never relinquished the lead again. The recent performances from Bono could result in him becoming the backup once Quentin Westburg returns from injury.

He was dynamic and effective in the final third where he created space and put his teammates in good scoring positions. He had the most key passes in the match with three and won two fouls.

After a disappointing performance midweek versus the Revolution, Insigne rebounded with a strong match and was Toronto’s best player.

He used his pace effectively, created multiple chances and scored a magnificent strike in the first half. He finished the match with three shots on target, two key passes, the most touches with 99 and two successful dribbles.

Toronto will aim to put this match behind them and look towards their upcoming fixture versus Charlotte FC.

Charlotte are currently three points ahead of the Reds in the standings with a game in hand and are also making a late push for the playoffs. This promises to be a tight affair.