The Growth Of Soccer In Canada Ahead Of 2022 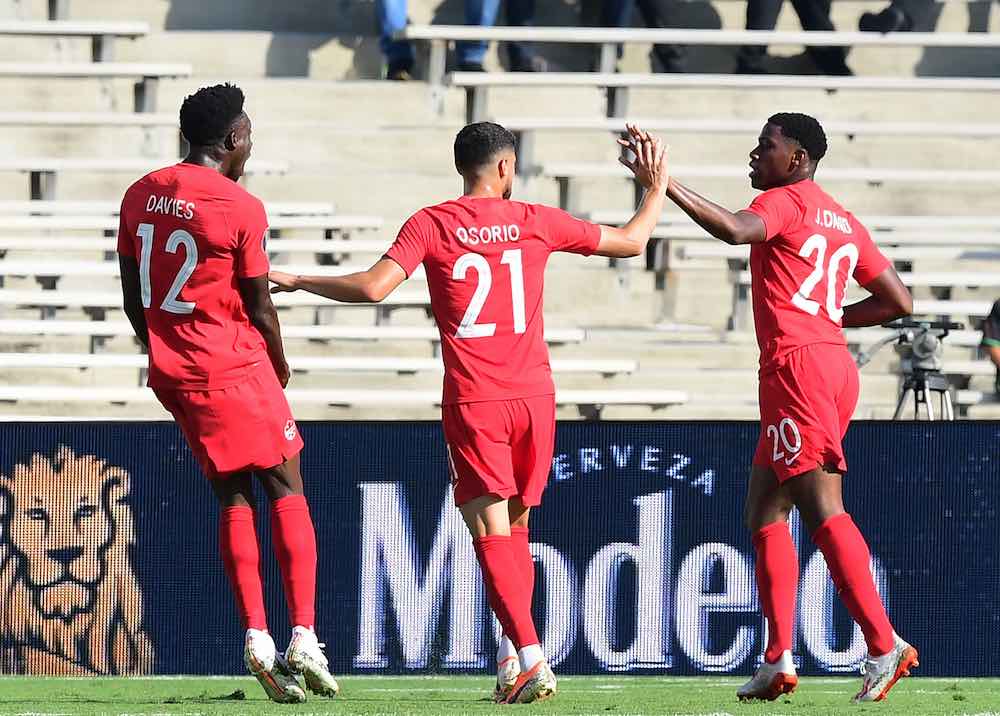 Last November, Canada achieved something it hasn’t done since 1986. It qualified for the soccer World Cup. In fact, it was the first Concacaf nation to clinch a spot in the event to be held later this year in Qatar.

2022 will be the second time Canada participates in the men’s Word Cup. No one expects the national side to win the competition. Still, qualifying for the global competition is a big achievement.

Canada is synonymous with ice hockey. In a 2020 survey, 40% of Canadians picked hockey as their favourite sport. Soccer ranked fourth behind football and baseball. But it’s growing rapidly. Here’s why.

Over One Million Registered Players

In 2019, Canada Soccer reported that there were one million registered soccer players in the country. By comparison, only 606,000 people registered as hockey players.

The figures dropped by half in 2020 due to the Covid-19 pandemic. However, they’ve risen again post the pandemic. With that in mind, the US has four million registered soccer players.

That might be four times the number of soccer players in Canada. But the US has eight times the population of Canada. In other words, Canadians play the beautiful game twice as much as Americans.

In case you’re wondering, swimming has the highest number of registered participants in Canada at 1.1 million. But to be clear, this number includes people attending swimming lessons, meaning they are not proficient swimmers yet.

Soccer is particularly popular with young Canadians. In 2014, 767,000 Canadians under 30 years chose soccer as their sport of choice.

When the Canadian women’s soccer team laced up to face Sweden at the 2020 Tokyo Olympic games, 4.4 million Canadians watched the match live. This was a new record on Canadian television.

Last year, another 1.15 million people turned on their televisions to watch as the men’s side defeat Mexico to qualify for the 2022 World Cup. To provide some context, the match happened when all the Major League Sports had games on TV, thereby, reducing the number of Canadians available to watch the soccer game.

As we mentioned earlier, surveys show that soccer is the fourth most popular sport in Canada. This represents the number of people who watch the sport on TV and other devices, mainly MLS.

The number usually rises significantly during major competitions like the World Cup or the Olympic Games.

It shouldn’t come as a surprise. Soccer is the most popular sport in the world, so it makes sense to appear on most betting sites globally. In Canada, soccer is one of the major sports people bet on.

Major League Soccer is the most popular league in the region and Canada is home to three MLS teams: CF Montreal, Vancouver Whitecaps and Toronto FC. Sportsbooks with multiple bet types such as Odds Shark Canada have comprehensive lists of markets covered by the league.

The Growth of MLS

Critics often insist that MLS teams in Canada import talent from the US. And that’s true. But this does not change the fact that soccer is growing in the country. Again, most major clubs all depend on foreign talent.

Take a look at the English Premier League. Although a significant percentage of players in the league come from England, more than 70% of them are foreigners. Besides, Canadians show these teams support every season.

In the 2019 season, the Canadian men’s soccer team enjoyed a stadium attendance of 29,877 on average. This ranked it first. MLS teams, by comparison, averaged 19,925 attendees on average, ranking higher than the NHL, CFL and NBA.

When you think about it, soccer is the most accessible sport in the world. It can be played anywhere as long as you have an inflatable ball. Even when such equipment isn’t available, kids don’t even use inflatable balls. They will find any way they can to piece together the materials to form a ball.

By comparison, many of Canada’s major sports require significant investments. Take hockey as an example. Kids must purchase proper kits and equipment before they can think of playing. Next, they need to find a rink and hope they are allowed to play in it.

Soccer has few limitations. If there’s an open field and a handful of people willing to play, that’s it. According to experts, 11% of Canadians fall below the poverty line.

This means kids from a significant number of Canadian families can’t afford to pay for expensive sports like hockey. But they can play soccer.

Exciting to Play and Watch

Not everyone loves soccer. Still, this doesn’t take away the fact that soccer is the world’s most beloved sport. People love the beautiful game because it is fun to play or watch.

If you like to get into action, you will find the game skilful, challenging and competitive. If you want to relax and watch the action, chances are you will love soccer.

From a cultural standpoint, hockey is Canada’s favourite sport. But among the fastest-growing sports in the country, soccer ranks first. As of 2022, there are more than one million registered soccer players in Canada.

What’s more, up to four million people watch major soccer events featuring Canada. If this trend continues, there’s a chance the beautiful game could overtake baseball and basketball to become the second most popular sport in the country.

Loading...
Newer Post
Brandon Bye: The New England Revolution Full Back On His Career To Date And Getting Back To The Playoffs
Older Post
Lassiter Winner For Inter Miami Sees Toronto Drop Points In Playoff Push