Craig Brown On Teaching, Management And Dalglish – ‘The Greatest’ 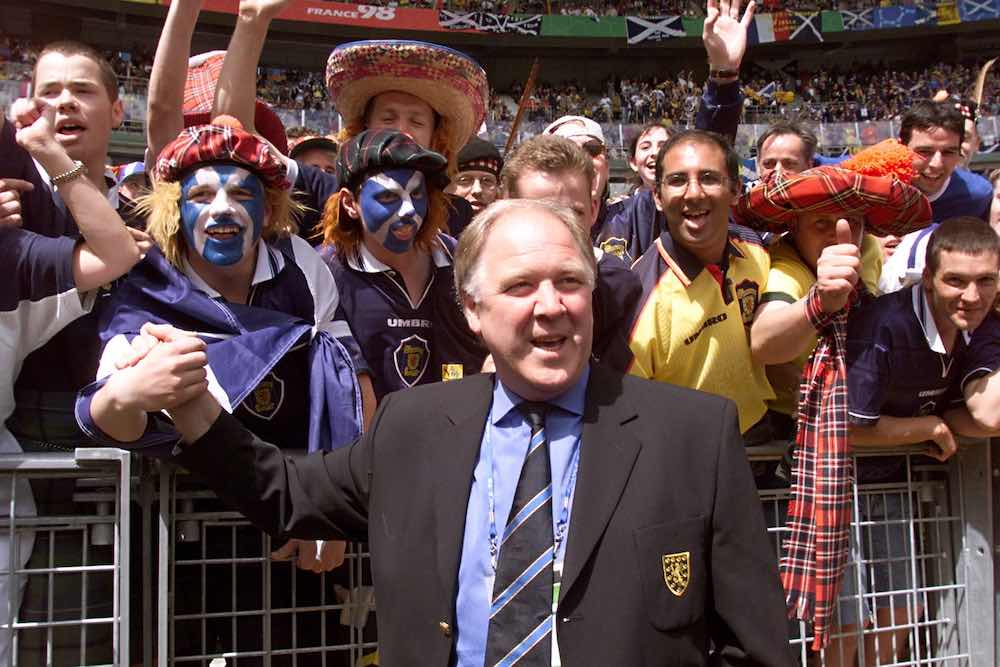 An interview with Craig Brown, by Callum McFadden for WFi.

You started your managerial career at Clyde FC. The club was part-time and you worked as a headteacher of a primary school while in charge of the club. Did it find it challenging to be a Primary School headteacher and a manager at the same time?

“I enjoyed it! Managing the team was similar to managing the school in many ways (laughs).

“As you rightly say, I was managing Clyde and managing a school at the same time which was a challenge but I enjoyed both jobs.

“The school was more challenging to manage than the football team but both jobs were very rewarding.”

As a player, you played for clubs such as Dundee and Rangers while as a coach you have managed Aberdeen, Scotland and Preston North End among others. What would you say is your biggest achievement? As a player and as a manager?

“As a player, I won the Scottish league title with Dundee in 1962 and we progressed to the semi-final of the European Cup. That achievement is something I look back on with great fondness.

“As a manager, I took the Scottish under-16 team to the World Cup final. That was an incredible experience but we lost the final on penalties to Saudi Arabia which is a sore experience as well as one that I take great pride in.”

Clyde manager Craig Brown in 1983, during his 10 year tenure at Shawfield. Brown continued his teaching career at this point but returned to full time football in 1986 when he became assistant manager to Andy Roxburgh at the national team, before taking over in 1993. pic.twitter.com/qU7BGdpliZ

Do you think you were a better coach/manager than a player or vice versa?

“I was less of a bad manager than I was as a player (laughs). I was a good young player but I had a number of injuries that hampered my career.

“Rangers didn’t have a qualified physiotherapist when I played for them so I never had the best opportunity to get back to full fitness after the injury that I sustained at Rangers.”

You have managed many quality players and characters during your career in management. Ally McCoist is arguably the most high-profile of them all given his popularity as a pundit and co-commentator across various media networks. What was it like to manage Ally and how good was he as a player?

“Ally was fabulous to manage because he’s such a great character who is always smiling. Even when he was a substitute, he’d warm up enthusiastically and he’d put a smile on the faces of those in the crowd.

“I told him to warm up when we played in Saint Etienne during a match and he replied cheekily ‘Not before time!’ which made everyone laugh as it was in jest.

“While he was warming up, we only went and scored with a goal by Gordon Durie. I had to tell Ally that he wasn’t coming on now to which he replied ‘Durie has one goal in six years… prolific stuff’ and again that made everyone laugh as there was no anger or malice to it.

“Only Ally could get away with that and I loved working with him.”

Who was the best player that you had to prepare one of your teams to face?

“As a manager, the toughest individual opponent we faced was Ronaldo of Brazil. He was the best striker in the world at the time and Sir Bobby Robson told me that he was the best player he ever managed by a distance.”

Last but not least, Craig, who were the best players that you had the opportunity to manage and why?

“I was very lucky to manage lots of great players but I had the opportunity to coach Sir Kenny Dalglish when I was the assistant manager of Scotland. For me, Kenny is the greatest Scottish player of all time. He captained and managed Liverpool to European Cups and League titles which is an incredible achievement for a humble boy from Glasgow.

“I would also like to mention Gary McAllister who was our talisman in many ways when I managed Scotland. He had all the attributes that a top player needed but unfortunately missed the 1998 World Cup due to injury.”

Loading...
Newer Post
Napoli Stunned Liverpool To Make Champions League Statement
Older Post
Stuck At Chelsea: What Will It Mean For Christian Pulisic Ahead Of The World Cup?