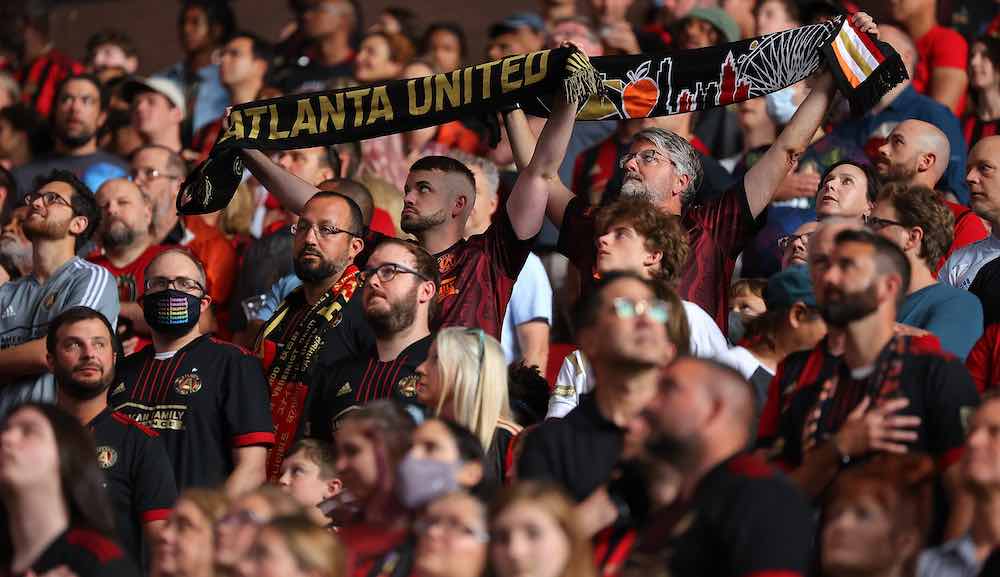 Philadelphia Union are currently in first place, battling LAFC for the Supporters’ Shield, though their 0-0 draw in Atlanta leaves them level on points.

Behind them, Canadian side CF Montréal sit five points behind in second while having a nine-point gap to third-placed New York Red Bulls who have also confirmed their spot in the playoffs.

There are still eight sides with at least a mathematical chance of achieving their goal.

Why they will: A trophy brings some much-needed confidence. Their win over Atlas in the Campeones Cup was followed up with a win at home to New York Red Bulls and gave them the chance to regain some form going into the end of the season.

Why they won’t: Their form under head coach Nick Cushing and since losing Valentin Castellanos is a distant cry from when Ronny Deila was in charge. They have been easier to play against and could still go back to that form after the extended break.

Verdict: Playoffs. Deila started the season well enough to give them the points they need to see them over the line.

Why they will: Their forwards are clicking and with Facundo Torres, they have a real game-changer going forward. Having Antonio Carlos back has also boosted their defensive strength.

Why they won’t: Open Cup victory hangover. They also play three teams chasing the playoffs in their remaining games, two of which are away from home.

Verdict: No Playoffs – they have their first trophy as an MLS side, but they face three sides in the race with two away games.

Why they will: The front three of Luciano Acosta, Brenner and Brandon Vazquez are performing at such a high level they have been so hard to beat this season. Their eight losses are the third lowest in the conference.

Why they won’t: Their defence. Though the arrival of Matt Miazga has improved them, they still have conceded 50 goals in 31 games.

Verdict: Playoffs. Two games over already eliminated sides should provide them with the points they need to make their first-ever playoff appearance.

Why they will: Leo Campana is back to take the pressure off Gonzalo Higuain. Adding him in with Alejandro Pozuelo has made them a difficult side to defend against. Credit to Phil Neville as well for reinvigorating Higuain and creating a strong team spirit in this group.

Why they won’t: Defence. At times they can be impressive, and goalkeeper Drake Callender has won them some points recently, but they are still a long way from being a good MLS defence.

Verdict: Playoffs, They have hit some great form and have Campana back to help with producing the goals to make up for the issues in defence, plus two games with home-field advantage.

Why they will: With Lucas Zelarayán and Juan ‘Cucho’ Hernández supported by a solid MLS roster, they have the ability on paper to dominate teams and compete against anyone.

Why they won’t: They can’t stop throwing games away. Their inability to hold onto a result in stoppage time has left them in this position which they really should not be in.

Verdict: Playoffs. They have the forward line and the squad that should make it over the line if they can hold out towards the end of games.

Why they will: The good times are coming back. After a season of mass injuries and off-field issues, Atlanta United are starting to look like the side they should be, especially in attack.

Why they won’t: They’ve left it late and have played a game more than most of their rivals. Also, let’s face it. you can’t count out another huge drama coming to knock this side back into chaos.

Verdict: No Playoffs. It’s been a crazy season for Atlanta but having played a game more and not playing one of those immediately above them suggests it’s a little too far off this year.

Why they will: They can’t be counted out, they keep pushing and have had some impressive results, especially beating NYCFC twice this season. At home, they are also very difficult to beat with the support of the crowd.

Why they won’t: Inconsistencies. There are two teams in Charlotte, and you never know which one will show up. They also have a very difficult remaining three games.

Verdict: No playoffs. A decent expansion season which has shown promise ready to push on next year.

Why they will: Carles Gil, last season’s MVP is a real match winner and the signing of Djordje Petrović in goal has been the perfect replacement for Matt Turner.

Why they won’t: Too far back and played a game more. Injuries have piled up in the second half of the season and they don’t look comparable to the side that won the Supporters Shield last year.

Verdict: No Playoffs – too far back and played a game more. Need to work on their transfers for the new season.

Major Games which can affect the race to the playoffs:

NYRB are already in the playoffs, and this is the Crew’s chance to stay in the pack, defeat will put them behind some of their rivals.

This game is between two sides in need of consistency. NYCFC will want to carry on their form from Campeones while Orlando will know they are in the middle of an incredibly tight race, all points are vital now.

With five teams within five points of each other, there is so much to play for in the Eastern Conference.

Many of the teams have three games to go, with Columbus and Atlanta trying to jump one or more sides ahead of them.

There is a lot of pressure on the sides sitting in fifth to seventh and who can continue to manage games with so much on the line.

Loading...
Newer Post
Is It Time For A New UEFA Champions League Winner?
Older Post
Is This A Season Of Transition for Liverpool As New Understandings Develop On The Pitch?