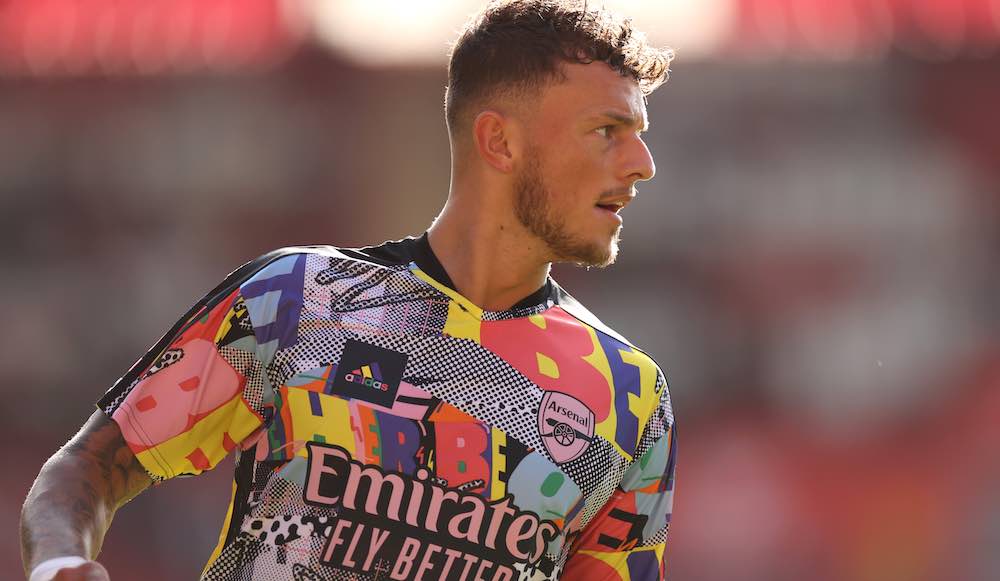 Ben White’s reward for some impressive displays for Arsenal last season at centre-back was a call-up to the England team by Gareth Southgate.

Having moved to Arsenal from Brighton and Hove Albion before the 2021/22 season for over £50m, White was showing strong signs of having a bright future as an England central defender.

Confusion came though when fans saw him moved across to the right-back position by Southgate in his last appearance, a 3-0 win over Ivory Coast in a friendly in March 2022.

Southgate has a wealth of elite-level right-backs at his disposal, Reece James, Trent Alexander-Arnold, Kieran Trippier, and Kyle Walker being regular parts of the squad.

By using White in that position, it seemed he had lost out to others in the centre of defence like Marc Guehi of Crystal Palace. To supporters, it appeared White had lost his opportunity to compete for a World Cup call-up this year in Qatar.

As much as a fellow professional would not wish injury on another, it does provide opportunities though.

Reece James has been ruled out of the tournament through injury. He is a key player for both Chelsea and England, his defensive solidity as well as his attacking contributions will be greatly missed.

Trent Alexander-Arnold has been through a difficult run of form this season. He has regularly had the defensive side of his game criticised, though with Liverpool playing below their usual standards this season, his errors have been highlighted more intensely.

His ability to create from wide areas is not overlooked, he has immense quality in his delivery of crosses. But fans have continually raised concerns of how he can become exposed defensively, especially to the high-level opposition England will be hoping to be going up against in the latter stages of the tournament.

Trippier looks to be the starting right-back option going into the tournament. According to this article many are betting on the Newcastle United man to be the main man for England in this position at the World Cup. He has quality on both sides of the ball, as well as great form for his club once again in the Premier League. He is a player that fans will trust, and most importantly he is someone Southgate trusts as well.

Kyle Walker, the experienced full-back from Manchester City is also questionable, though has confidence in returning from injury. Southgate will need to prepare for the possibility he will not be available though. Walker is also a flexible player that fills in at right centre back when Southgate uses a back three.

It is Walker’s availability which will surely have Southgate considering White as the replacement should he be unavailable.

Having regularly played at right back for Arsenal this season, White is making the role his.

He has two assists to his name after 11 games, showing he has the ability to get forward, combines well with wide forwards, and delivers effective crosses from wide areas.

According to PFF, White has defended the most dribbles successfully in the Premier League to date. He has also been solid in a new position, but still able to be a top central defender in a side with title aspirations.

These standout performances at right back, while having been a regular central defender last season, make him the perfect replacement for Walker. Southgate has few options at right centre back, the whole central defensive area is surely causing him headaches.

It may be a longshot for the Arsenal defender this year, but his performances are at least making him a likely long-term replacement for Walker who at 32 looks likely to be hoping to appear in his final World Cup tournament.