Key Areas To Address In The Off-Season For Seattle Sounders 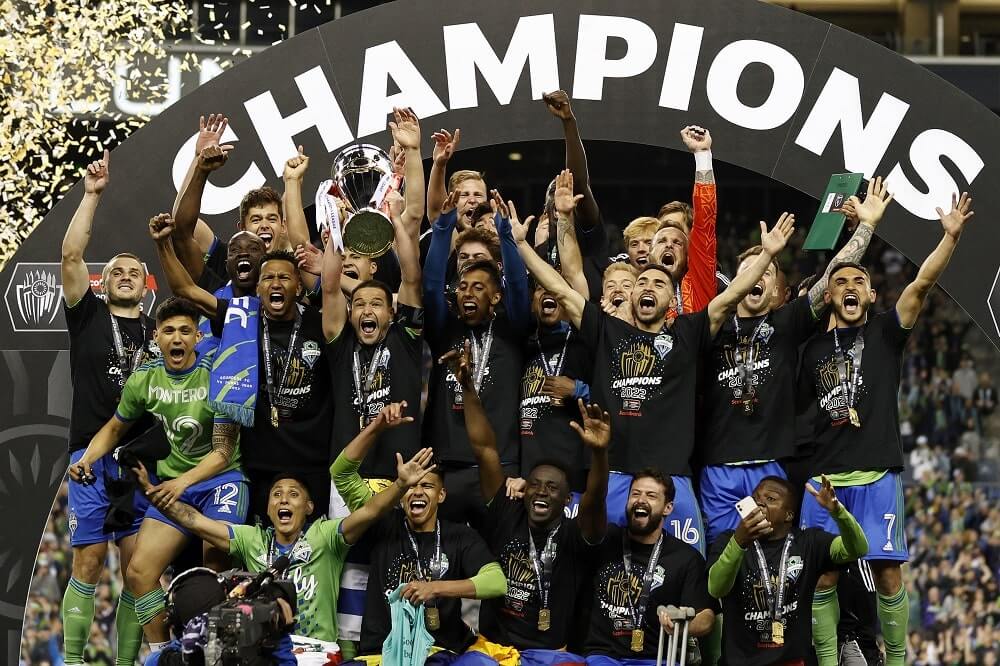 Has a season in Major League Soccer ever been so up and down for one team? Possibly, but no team has reached the highs that Seattle Sounders reached when becoming the first MLS side to lift the CONCACAF Champions League (CCL) this season.

But it was also a season in which the club failed to reach the playoffs for the first time — a run which dates back to their expansion season in 2009. Looking back at the CCL victory will provide some comfort, missing out on the playoffs was hard to take and several issues contributed to it.

Firstly, the injuries. The Sounders were hit hard in centre midfield with João Paulo suffering a season ending injury in the CCL Final, while Obed Vargas who was brought in to replace him also went down with a long-term injury a little later in the season.

At 17 years old, Vargas was sensational, but it showed the issues in the roster depth as new signing Albert Rusnák was forced to play in a deeper role for much of the season.

The future appears to be promising though, with Vargas coming back to fitness for 2023, they also have promising midfielder Reed Baker-Whiting (another 17-year-old), whilst Danny Leyva (19), Dylan Taves (22) and Josh Atencio (20) have had their options exercised for 2023.

João Paulo should return soon to add experience to the midfield, which without a CCL campaign, could be better prepared and less fatigued in the 2023 season.

Possibly Seattle Sounders biggest issue was Raúl Ruidíaz. Their star striker missed a number of weeks throughout the season and his leadership and quality in the final third was desperately missed.

The 32-year-old Peruvian striker has been one of the best in his position in MLS since his arrival in 2018. When he is unavailable though, the level drops dramatically. Will Bruin scored three goals in 2022 and won’t be back for 2023 after his option was declined, the same goes for Alfonso Ocampo-Chavez who failed to make an appearance. Fredy Montero, their all-time leading scorer with 76 goals, has reached 35 years of age and his option is still being considered. Montero contributed with four goals and two assists in his appearances in MLS in 2022 and remains two goals ahead of Ruidíaz in Seattle’s goal scoring record books.

Should Montero leave, Seattle will be left with only Ruidíaz as a recognised striker on their roster. The fact they struggled so much without him surely suggests that there will be some movement in this area during the off season.

They do not have a free Designated Player place available, they will not be targeting a starter, more a player who can provide better support to Ruidíaz or a younger player with potential to become a key player.

Seattle like to promote from within, as we saw with the midfield especially this season. Their MLS Next Pro side, Tacoma Defiance, have seen some impressive displays from Marlon Vargas this season, though not so much as a centre forward. He contributed 12 goals and seven assists in 23 games, usually from a wide or number 10 position. Vargas could be considered a long-term replacement from Nicolás Lodeiro who at 33 had one of his least impressive seasons in MLS. Contributing seven goals and seven assists, he will still have a big part to play in 2023, but Brian Schmetzer needs to introduce players to start showing they can take over the roles of their aging stars going forward.

With 46 goals conceded in 2022, they had the best defence of sides in the West who failed to reach the playoffs, as well as better than three sides who did. They struggled in the final third though for long periods of 2022 and know they need to find a way of making the most of some big talent in the forward line. Its limited depth showed the lack of options to change games when coming from behind or when failing to break down solid defences.

The other area that will be key is left fullback/wingback, depending on what system they use. They failed to adequately replace Brad Smith who departed for DC United at the start of the season.

His ability to provide width in the attack and contribute with crosses was not replicated by players like Nouhou and Kelyn Rowe who were just two of several players who were used in the position by Schmetzer.

Someone to compliment Álex Roldán on the right would give better balance across the wide defensive areas, as well as give them more dimensions to the attack when in possession.

As late February comes round in 2023 it will be very surprising not to see a new left sided defender and striker be signed.

Keeping an eye on the contract situations of key players like Cristian Roldán and Jordan Morris who are both currently going into their final year of their contracts.

As much as there has been to celebrate in 2022, there is no time form the club to slow down and reminisce. Plans will be ready and deals will need to be made to get them back in the playoffs in 2023.