Danilo’s Downfall: Where Next For the Real Right-Back? 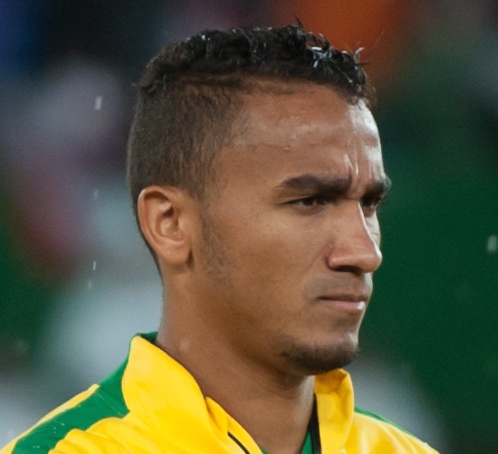 ‘I would like to thank God for making me good at football’.

The date is 9th July 2015, and in the grand wood-paneled offices of the Santiago Bernabéu, Danilo signs a six-year contract with the greatest club in the world.

After a year-long pursuit, Real Madrid had finally captured one of the planet’s best young full-backs. The £23 million price tag seemed a fine investment for a Porto player who, in a searing 3-year spell, had made the right touchline of the Estádio do Dragão his personal dominion.  Madrid had beaten off several clubs to secure his signature, and it, at last, looked like Los Merengues had found a successor to the buccaneering Michel Salgado.

Until that point, Danilo’s rise had been striking. After bursting onto the scene with América in 2009, he transferred to Santos, helping the Peixe secure their first Copa Libertadores in half a century. His lung-busting performances from the  right were a key part of a talented competitor who combined the youthful swagger of Neymar  with the grizzled experience of Elano. It was no surprise when a bidding war ensued between Porto and Benfica, with the Northerners getting their man for just under fifteen million euros in 2011.

Signing alongside fellow Brazilian, Alex Sandro, Danilo made an immediate impact on the Portuguese league, usurping the Uruguayan, Jorge Fucile, in the starting line-up. The championship and Super Cup were the reward for a fine debut season, with Danilo’s probing runs from deep exciting the Porto faithful.

They weren’t the only ones watching. Mano Menezes gave Danilo his first start for Brazil in 2011, and the young full-back was again crucial as Brazil secured the silver medal at the London Olympics in 2012.

His form continued into the new season in Portugal, with the goals of Jackson Martínez firing Porto to a second consecutive title. By that time, Danilo was regarded as the heir apparent to the aging Dani Alves, with many in Brazil arguing that he should be first choice for the Seleçao. No wonder, then, that Barcelona were sniffing around.

“I’m happy to be associated with big clubs like Real Madrid. It’s natural that there’s speculation…but I’m completely focused on the national team and Porto,” Danilo told reporters in March 2015. The transfer was complete less than a month later, with Real president, Florentino Pérez, effusive in his praise:

“We always work towards finding excellence. Only a few have the privilege to defend this jersey. We want the best players in this club. Danilo is a magnificent player that has already made his mark”

Fast forward 18 months, and Danilo’s dream has become an unending nightmare. Facing fierce competition from academy product, Dani Carvajal, the Brazilian has wilted horribly, with his latest humiliation arriving when the crowd booed him during the Copa Del Rey quarter-final against Real Sociedad.

Rumours continue to link him with a move away from Madrid, with Zinédine Zidane preferring the likes of Nacho and Lucas Vásquez on the right flank despite the club’s recent injury crisis. Danilo’s cause wasn’t helped by a calamitous own goal against Celta Vigo in the next round of the same competition, but by then most of the Madrileños were already in agreement; Danilo’s time in white was finished.

Florentino Pérez has never been one for nurturing talent; he prefers to throw money at problems rather than investing in the squad already at his disposal. A summer transfer could, consequently, see Danilo join the likes of Clarence Seedorf and Gonzalo Higuaín on the list of players who come back to haunt Madrid in the future.

Thus far, Danilo’s appearances have admittedly been sub-par, but the Brazilian was a natural scapegoat for Madrid’s wider malaise, which saw them surrender their unbeaten record before recovering in recent weeks.

With another four years on his contract, Madrid should focus not on attracting suitors but on restoring the confidence of their undeniably talented full-back. Danilo is still just 25-years-old, and his natural athleticism could add another attacking dimension to Madrid’s right flank. His outstanding physical attributes also saw him perform admirably on the left wing and in central midfield whilst in Portugal. On form, he offers more going forward and in more positions than the committed but limited Dani Carvajal.

Of course, everybody knows that won’t happen. Danilo will leave Madrid in the summer, the latest victim of a short-term strategy that sees the capital club divest itself of promising players year after year.

Héctor Bellerin is a likely target, but the Arsenal full-back is error-prone defensively and has struggled in recent months after having burst onto the scene. The returning Jesus Vallejo, currently starring on loan to Eintracht Frankfurt, could also add competition in the defensive ranks.

In Madrid at least, Danilo’s future looks less than certain. A change of scenery and the backing of a new manager could, however, restore the confidence of a player who has all the attributes needed to secure a legacy at the highest level. That he won’t be doing it for Real says more about them,  than it does about him.