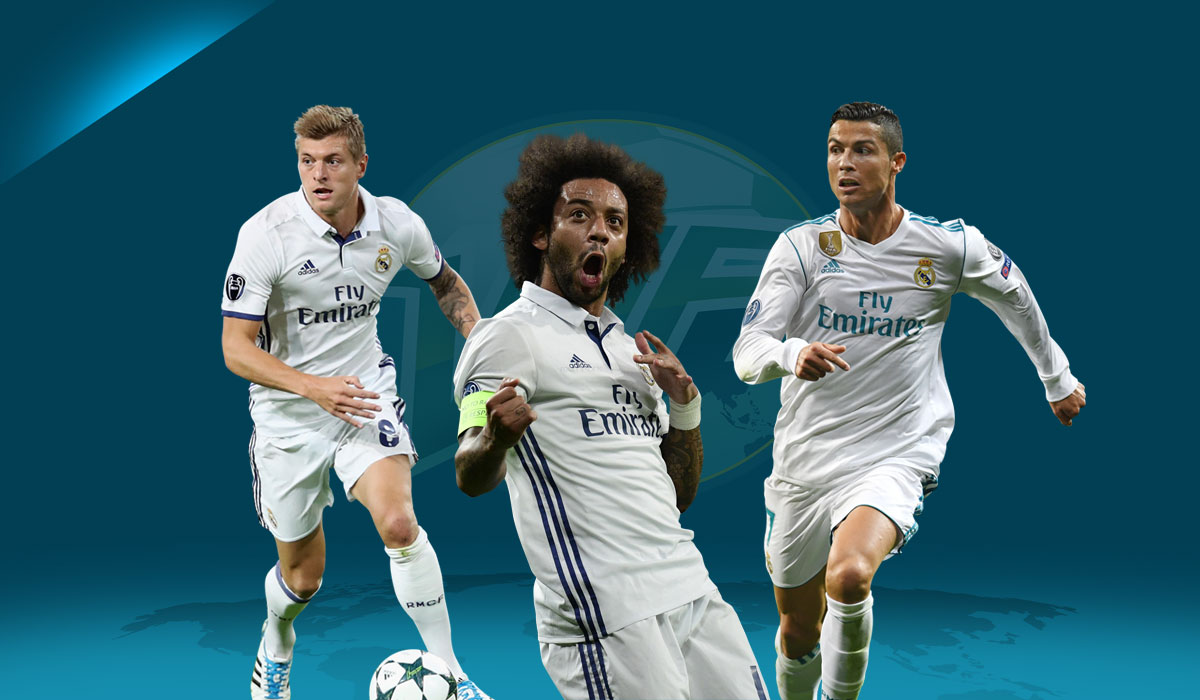 There exists a fine line between hope and despair known as luck.

The world of football has seen it all – the greatest of heights followed by the hardest of falls; sheer artistry and creativity is followed by howlers and the resulting conundrums.

All of this reflect Real Madrid’s recent struggles. The 7-1 thrashing of Deportivo La Coruna in the league last week was undermined by a 1-2 defeat at the hands of neighbors Leganes in the Copa Del Rey — another trophy Real Madrid can forget about this term, writes Mudassir Mustafa.

Zinedine Zidane was quick to accept the defeat and the criticism, saying ‘It’s my fault’, followed by ‘the selection of the players was to be blamed and it is on me.’ The Frenchman understands the nature of his job and the pressures and responsibilities that come with it.

This past weekend, Real Madrid faced Valencia at Mestalla, which has proven to be a hard place to get out of with a positive result in tow. A couple of years ago, when Carlo Ancelloti’s Madrid looked to be on their way to cementing the longest winning run by a club in the world, it was at Mestalla that their run came to an end. This latest tie was perceived to be the Battle of the 4th, between the third-placed hosts and their visitors a place behind them.

Before the hour mark, Santi Mina scored for Valencia, and their coach Marcelino urged for more intensity, both from his players and the fans, as his side had reduced a two goal deficit to one. It had been a while since Real Madrid had gotten a penalty in a league game. For many associated with Los Merengues, rightly or wrongly, poor refereeing accounts to some extent for their feeble start to the campaign. In Mestalla, that all changed, as Real won two penalties inside the first half. The first foul was drawn by Cristiano Ronaldo, the second by Karim Benzema, and Ronaldo converted them both.

Just when Santi Mina’s goal gave a glimmer of hope to the hosts, the visitors’ Brazilian left-back rose to the occasion. What he did on the left flank is not often an immediate forte of a 30-year-old fullback but Marcelo has built his reputation on breathtaking attacking plays that often mask his labored and somewhat lackadaisical defending. He linked up with Marco Asensio via sublime one-touch football before he fired the ball through the legs of his countryman Neto. A few minutes later, Mateo Kovacic showed his innate passing ability as he fed Toni Kroos, who in turn passed the ball into the net. The game ended 4-1, giving Real Madrid much needed, much deserved victory.

Two weeks from now, Real Madrid will face Paris Saint-Germain who have been winning convincingly (both domestically and in Europe) since the start of the season. For the first time since October last year, Madrid have registered a back-to-back La Liga victories, scoring 11 and conceding only 2 in the process.

Is it safe to say they are back to their best? It’s hard to tell. The emphatic win over Deportivo had its own flaws, and Depor’s defense was all over the place. With all due respect to them, they are not of the same calibre as even the bluntest Real Madrid side, but the win over Valencia should mean something, and it does.

Zidane went back to a 4-3-3 and benched Isco for the second consecutive league game. The mundane crosses were replaced by vertical through-balls and passes. Most importantly, Madrid look like a team again – from goalkeeper to striker, everyone contributed to the win. Even then, the top of the table remains unchanged after matchday 21; Zidane’s men are still an astonishing 19 points adrift from Barcelona at the top, 8 points behind Atletico Madrid, and two points behind Valencia, although the reigning champions have a game in hand over all of them.

While Real Madrid have been capricious, Barcelona’s dominance has been consistent. Their latest win was a hard-fought victory over Deportivo Alavés, with Luis Suarez and Lionel Messi grabbing the late goals. It was Philippe Coutinho’s first of many starts for the Blaugrana.

John Guidetti’s effort saw the visitors take the lead at Camp Nou – Alavés were stubborn and fought to the end, but they were eventually overshadowed by the sorcery of Messi, who sealed the points with a sumptuous free-kick – his 20th goal of the La Liga season. Barcelona are yet to taste defeat in the league, and are the only team in Europe who are still unbeaten, as they sit 11 points ahead of the nearest challengers, Atleti.

For Real Madrid, the latest embarrassment at the hands of Leganes in the cup was turned into a positive performance against a tough Valencia side. The return of the BBC, in terms of form and presence, has ignited a fire in the team; suddenly, the tired-looking side of the first half of the season looks revitalized. With the first game against PSG just two weeks away, the team’s (and Zidane’s) biggest test of a long and trying season awaits. The time for consistency is now, or else their season will effectively be over by March.

For Barcelona, this latest round of fixtures was just another day at the office, with yet another win in the bag. They can afford to relax and rotate ahead of their trip to Stamford Bridge next month, such is their comfort at the top.