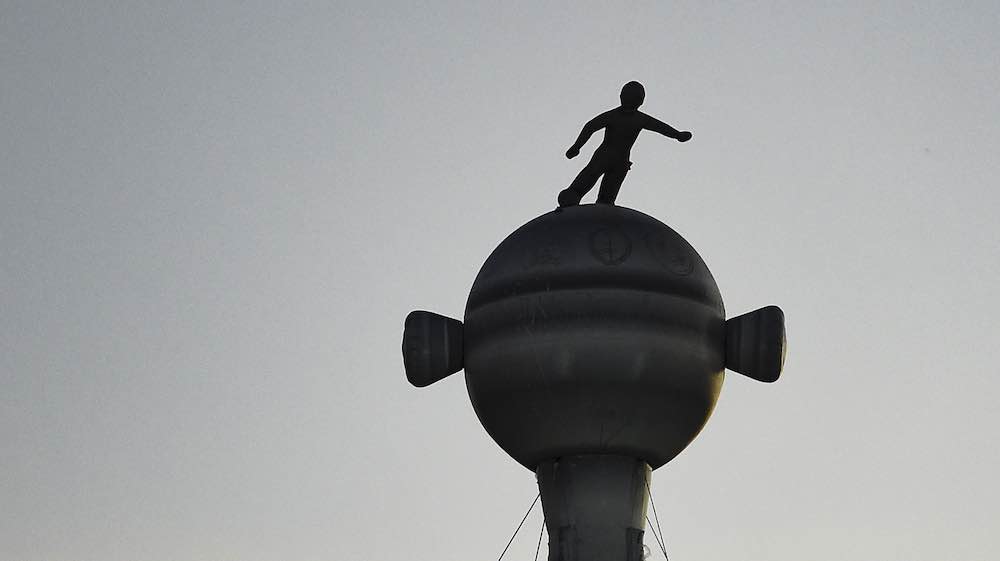 By Adam Brandon in Santiago.

When Conmebol elected Santiago as host city for the Copa Libertadores 2019 final, they surely did so safe in the knowledge that Chile had the reputation for being the most stable country in the region.

Conmebol’s decision to switch from the traditional two-legged final format to a one-off final from this year onwards is a controversial and unpopular one with the majority of fans in South America so the pressure was on for the federation to deliver a world-class event to prove the doubters wrong.

After all the chaos of the 2018 final, which effectively ended up as a one-off final in Madrid, Conmebol must have weighed up the possible options for the 2019 final and decided the biggest threat of suspension to a final in Chile came from an earthquake.

In some sense it has, but this earthquake was not the ground trembling one that Chileans are used to. This is a political, economic and social earthquake that has caused a tsunami of protests throughout the country and has shifted the ground underneath the ruling politicians’ feet.

A week of protests inside metro stations by students refusing to pay the new metro price rise escalated to millions of Chileans pouring onto the streets of the country demanding more economic justice in their society.

The mainly peaceful protests were intertwined with huge damages to Chile’s extensive metro network sparked in part by some poor policing tactics. In fact, the metro station Estadio Nacional on the doorstep of the stadium is yet to reopen and much of the network and stations are closed making travel in the city difficult for fans.

With looting also present in the capital and quickly spreading nationwide, President Sebastián Piñera took the hugely controversial decision to put the military on the streets for the first time since the end of Chile’s murderous military dictatorship almost three decades ago.

A week of marches culminated in over one million peaceful protesters on the streets of the capital on Friday afternoon. Protests carried on nationwide over the weekend while the capital went relatively quiet.

Although the curfew was removed in Santiago on Saturday and the army taken off the streets the following night, there has now been calls for the army to return after more violence, looting and fires in the centre of the capital and other major cities at the beginning of this week.

At the weekend Conmebol insisted that the final is still going ahead in Santiago and in their words “will be a huge success” yet at present for those living in the country that feels unrealistic.

For many, Conmebol are another symbol of the kind of corruption that the people want to eliminate, and their presence in the city could well spark more trouble.

The authorities that have given Conembol the confidence to keep the final in Santiago are perhaps banking on the situation to progressively calm down over the coming weeks — the final is just under four weeks away.

Much of the noise coming from the government on Friday night and over the weekend suggested President Piñera believed that Friday’s huge march was the pinnacle of the movement, but this week has already shown that is unlikely to be the case.

Meanwhile, on Monday night it was announced that for the third matchday running all Chilean professional football matches have been called off. There are no guarantees it will return anytime soon, with many players backing the protesters and have said they’d be uncomfortable playing in such troubling times.

Furthermore, Piñera announced today that neither the APEC summit scheduled for mid-November nor the #COP25 environmental convention set for December will go ahead. Both were international events due to take place in Santiago with world leaders among the invitees.

Pop concerts and other cultural events have also been either cancelled or suspended for the time being. Despite all of that, the Chilean government once again committed to hosting the Libertadores final today.

The present evidence suggests that Santiago would not be ready to host a Libertadores final this weekend nor, arguably, in December given the events that have been cancelled. So what is the guarantee it can on Saturday 23rd November?

Therefore while the protests show no sign of abating, the confidence from both the Chilean government and Conmebol to keep the final in Santiago should be questioned.

The current Chilean government has consistently shown itself to be out of touch with its public — it is how the movement began and grew in the first place, so their word is not one that Conmebol should count on.

Tickets for the Libertadores final go on sale today (Wednesday 30th October) to Flamengo and River Plate fans, and they are sure to sell out with just 12,500 each available to fans of those clubs.

And at $80 a ticket, plus hundreds of dollars more spent on travel and accommodation, it is probably already too late for many fans who have made plans for Santiago.

Yet if the volatile situation in the city doesn’t improve soon, Conmebol may be faced with a very tricky decision to make for the second year running.

Moving the final from Santiago would leave many in power red-faced with embarrassment, but it would be the fans from Brazil and Argentina that would really suffer. Making the decision to take it away from Santiago sooner rather than any later is probably the safest course of action right now before more damage is done.

With much of South America on the verge of similar unrest at the moment, making even an alternative venue outside Brazil and Argentina a risk, would the best solution not be to revert back to a two-legged final or, like the Sudamericana final, will it end up on Conmebol’s doorstep in Asunción, Paraguay?