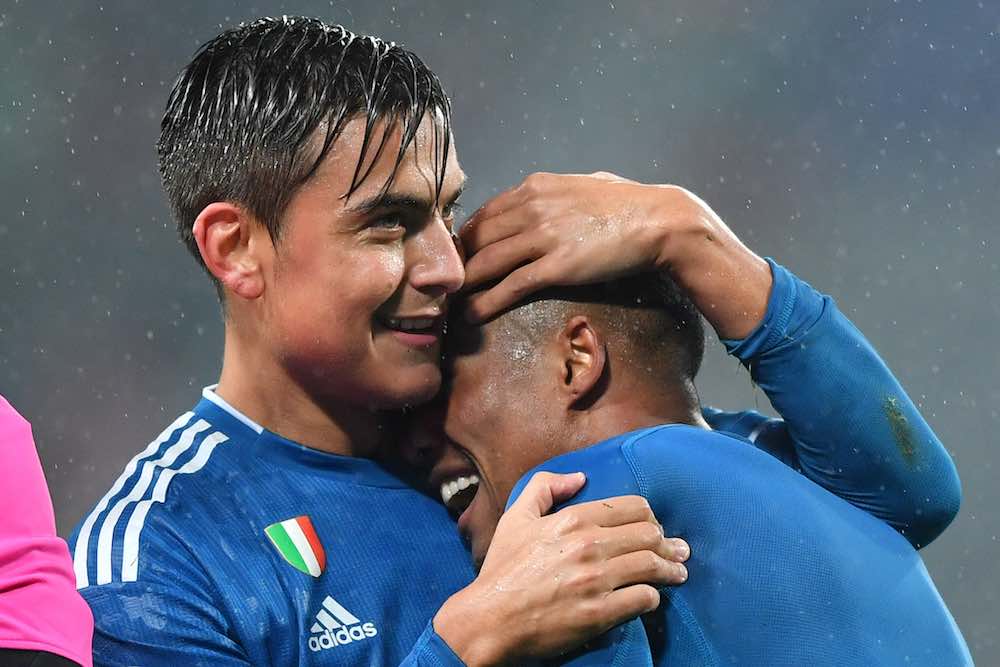 After a controversial summer in which Paulo Dybala was being linked in a move away from Juventus, he has made a flying start to the new season.

The Argentine looks to have found his old form and once again Juventus fans can finally see what the young South American is capable of.

After reiterating his desire to stay at Juve during the summer, Dybala finally got his wish, and hopefully that is the case for the foreseeable future.

It would be tough to see this Juventus team without their talented No. 10, and after the start he has made this season, his departure would now be even tougher for Juve fans to swallow.

Dybala seems to have taken advantage of the coaching change under Maurizio Sarri, and the new manager looks to be getting “La Joya” (the jewel) to be at his absolute best once again.

No disrespect to Max Allegri, who did some great things while he was at the helm, but he was unable to bring the best out of Dybala at and Juve struggled during those times as a result.

Now under Sarri, Dybala has scored four goals in 12 matches in Serie A, and in the Champions League has four goals and with three assists.

He is not just contributing goals and assists, though, he brings lots of creativity and a much-needed touch of class to this Juventus side.

With Cristiano Ronaldo starting to slow down, Juve’s Argentine superstar has started to speed up and it could not have come at a better time.

Even though the stats totals could be higher for Dybala, when he is on the pitch he is able to bring a different element to this Juventus team. At times when he is not on the pitch, Juve can lack ideas and creativity. The 25-year-old is able to provide this with his combination of pace and wonderful touches at both ends of the pitch.

The Bianconeri have been hit with a lot of injuries to start the season, specifically to their leader and captain Giorgio Chiellini. Dybala has stepped up at a crucial time in his career and under his new coach. Hopefully his recent performances will further prove to everyone he loves being a Juventini and this is where he belongs.

That said, Juve have dipped in form a little under Sarri recently, but still manage to pull out victories, but if their play continues in this direction eventually it will catch up with them. With Inter Milan right on their heels in Serie A, Dybala, along with the rest of his teammates need to get back to their absolute best as soon as possible.

We are all Paulo Dybala tonight pic.twitter.com/ZdKCsGoMGJ

Tied for first place in their Champions League group with Atlético Madrid, Juve do not have much room for error there either, and any slip up could prove costly. It seems like the effects of ‘Sarri Ball’ have taken a slight toll on the Bianconeri’s performances, and Sarri will need his squad to be back at their best moving forward.

On Wednesday, Juve took on Lokomotiv Moscow in what was essentially a must-win match. Just a few weeks ago, when Juventus played Lokomotiv at home, Dybala scored two splendid goals in 2-1 victory.

He was left out of the starting lineup for the difficult trip to Moscow, but with the scores at 1-1 after Sarri’s side took an early lead, Dybala was one of three substitutes which changed the game.

Even the biggest sides can struggle away in Europe, but the introduction of Dybala, Douglas Costa, and Rodrigo Bentancur signalled Sarri’s intent to win the game, which is eventually what they did thanks to Costa’s wonder-goal.

Juventini worldwide are hoping this will finally be their year for Champions League glory, but there is still much work to be done before that can become a legitimate possibility.

All in all, it is clear Dybala is once again showing us why he should be considered a world-class player and, frankly, this Juventus team would not be as successful today without him. He will once again be looking to play a big role for the club when they face AC Milan this weekend.

Juventus and its fans should be ecstatic he refused to leave the club, not only because he is a top player who helps this team in a variety of ways, but also because of his true love and admiration for this team.

He is a true Juventini, and stuck by them even through the tough times just like Alessandro Del Piero, Claudio Marchisio, Gianluigi Buffon and others before him.

In the end, the likes of Manchester United, Paris Saint-Germain, Inter Milan and Tottenham Hotspur — who were all linked with Paulo in the summer — really did miss out on a class player.

All clubs would have been much better off with him in their side, but in the end the sale didn’t happen due to of Dybala’s desire to stay.

Hopefully, he can continue to wear the Bianconeri shirt with pride for years to come and show year after year just how much this team needs him.