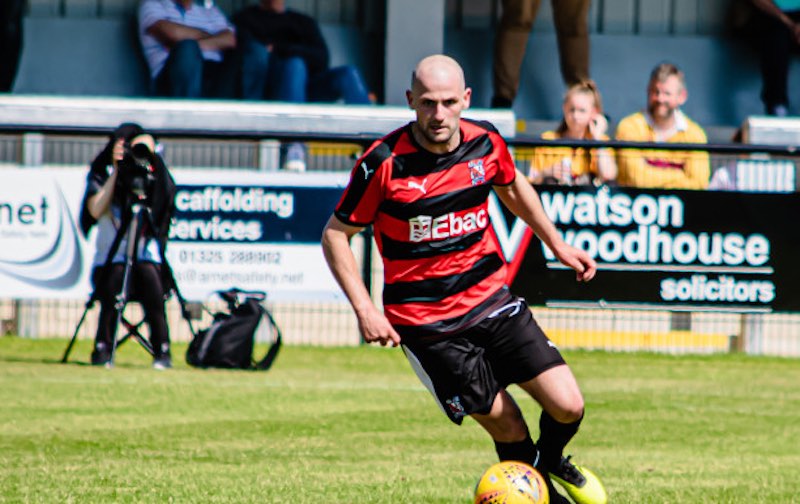 James Rowe spoke to Darlington midfielder Will Hatfield for WFi. They discussed his time with Leeds United, making 100 appearances in the football league, and his latest move to Darlington.

You signed for Darlington FC in the summer of 2019. How are you settling in there and how would you describe Darlington as a club?

“I am really enjoying my time at the club so far. It has been really good. Obviously, Darlington FC are a big club with great support.

“Hopefully we are going to have a successful season. We have had a few good results so far and we are hoping that we can kick on and get a bit of consistency back in our performances and results.”

Darlington have today completed the signing of midfielder Will Hatfield subject to FA ratification.

He becomes our ninth signing of the summer.

We would all like to welcome @Will_Hatfield to the club ✅ ⚫⚪

You played in the youth setup at Leeds United. How do you look back on your time there, and did you learn anything in particular that stood you in good stead for your career?

“Leeds United is such a big club. I joined the club when I was nine years old and at that time they were in the Champions League. They have always been a big club and I always looked up to the first team players at a young age.

“That stood me in good stead to aspire to be like them really. It really helped me be as professional as I can, not just in football but outside of football too.

“It was a great base upon which to start my career and one that I look back on as a great time in my career. I have no regrets at all.”

You played for three seasons at Accrington Stanley making many appearances. How do you look back on your time there? Do you have any special memories or highlights?

“Yes, one of my main highlights at Accrington Stanley was scoring 4 goals in the FA Cup First Round against AFC Fylde.

“That was a special memory for myself and a big achievement, but also to go on to reach the threshold of making over 100 football league appearances during my career.

“I am proud to have achieved that and I look back upon that with fond memories.”

“At the Leeds United academy, I played with Fabian Delph and Danny Rose, and also the likes of Jonny Howson and Robert Snodgrass who were players that I look up to as I played very closely with them.

“I would say the main ones are Fabian Delph and Danny Rose who are now playing for Everton and Tottenham respectively.”

I can imagine in your position as a midfielder that you have come up against some very good opponents through the years. Are there any that stand out?

“It is hard to say, thinking off the top of my head. As I mentioned I have been fortunate to play against many different talents and players with great ability.

“I would say say more in the Football League in terms of the physicality side of things.”

Finally, Will , Could you say who are the managers and coaches that have played a key role in your development as a professional footballer?

“Yes there have been a couple. The ones that stand out for me are Neil Redfearn when I as at Leeds United. He brought me through the academy around the age of 19 and he was a massive influence, and we still speak today.

“He gave me a lot of good advice because I play a very similar role to the one he used to play when he played professional football.

“Also, James Beattie, who is now in a bracket of a younger generation of managers. He was my manager at Accrington Stanley. He had a successful career himself as a player. He has great man management skills and, being a somewhat younger manager, he can relate to things that the players are going through.”

“He was great to speak to and his office was always open to go in and have really good and open conversations with him.

“I must also mention the current Wigan Athletic manager, Paul Cook. He has also kicked on in his career from his days at Accrington Stanley, and he also had a good effect on me as well.

“So I would say that those three managers are the main managers that have had a big influence in my career so far.”