From Peñarol To River – A Concise Copa Libertadores History 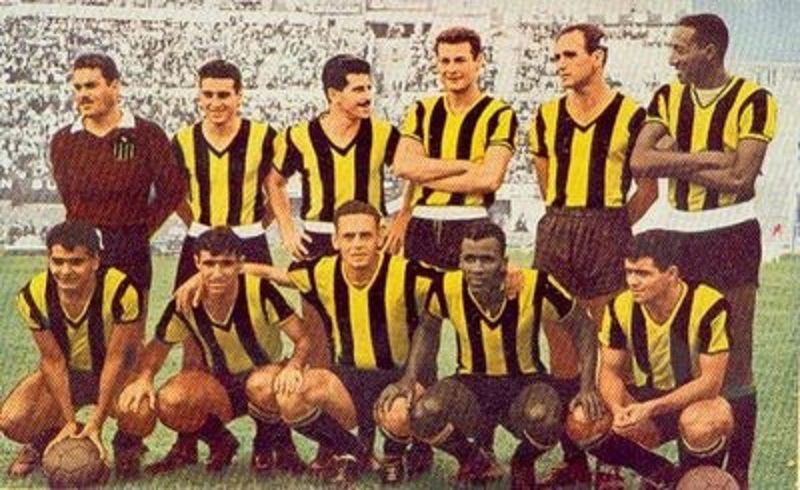 The Copa Libertadores de América dates back to 1960. It was named in honour of the soldier-presidents who lead the fight for independence in various South American countries. The English translation is the Cup of the Liberators of America.

The first tournament was held in 1960, where seven teams competed and Uruguayan side, Peñarol, emerged as the first champions, defeating Olimpia of Paraguay, and also won the tournament the following year.

In the 1970s Argentine clubs were the most dominant in the Libertadores. From 1972 to 1975 Independiente won four consecutive titles. This record has not been matched to date, and Independiente is still the most successful club in the tournament’s history.

Additionally, Boca Juniors won two straight titles in 1977 and 1978 but failed to make it three in a row when they lost to Olimpia in 1979.

A decade later, in the 1990s, Brazilian clubs started to make their presence known.

Between 1990 and 2000, Brazilian clubs took six titles with Sao Paulo being the most successful, winning twice.

It wasn’t until 2010 they started winning again and from 2010 to 2013 four different Brazilian clubs were crowned Libertadores champions.

In 2014, San Lorenzo from Argentina defeated Nacional of Paraguay in the finals and put an end to Brazil’s four-year winning streak. When San Lorenzo won their first-ever Libertadores, there was a new trend as the club were the third different winner in the third consecutive year. The win was followed up with River Plate winning in 2015 and 2018.

Since 2010, Brazil have won five titles and Argentina have won three while Columbia and Uruguay have one title each.

One of the biggest developments in the history of this competition was the invitation of the Mexican sides to participate in 1998, despite being under Concacaf, the North and Central American football governing body.

Mexican sides participated in the Libertadores from then until 2016, and though none ever won the competition, Cruz Azul, Guadalajara, and Tigres all managed to reach the final, in 2001, 2010 and 2015 respectively.

The 2019 Copa Libertadores final will feature a clubs from Argentina and Brazil. Each country has dominated this tournament since its existence in 1960 as Argentina has won a total of 23 titles, while Brazil has won 17 titles.

For Flamengo, it will mean much more as the team has not won since 1981. As for River Plate, they will be defending their crown after winning a thrilling second leg against Boca Juniors in Madrid, running out 3-1 winners after extra time (5-3 on aggregate).

River currently has four titles, behind Independiente with seven, Boca has with six and Peñarol five.

The 60th Copa Libertadores final will be hosted at the Estadio Monumental in Lima, Peru.

The match was to be hosted at the Estadio Nacional in Santiago, Chile, but due to safety concerns around the ongoing social unrest in Santiago, and after consultations between both clubs, it was decided to move the final to Lima.

This year will be the first time that the final will be played as a single match. Flamengo will look to end their long drought of not winning while River Plate will aim to continue their strong dominance in this tournament.

This Saturday’s final could be a classic between two clubs who have shown the ability to score and entertain, and two managers with a global reputation.