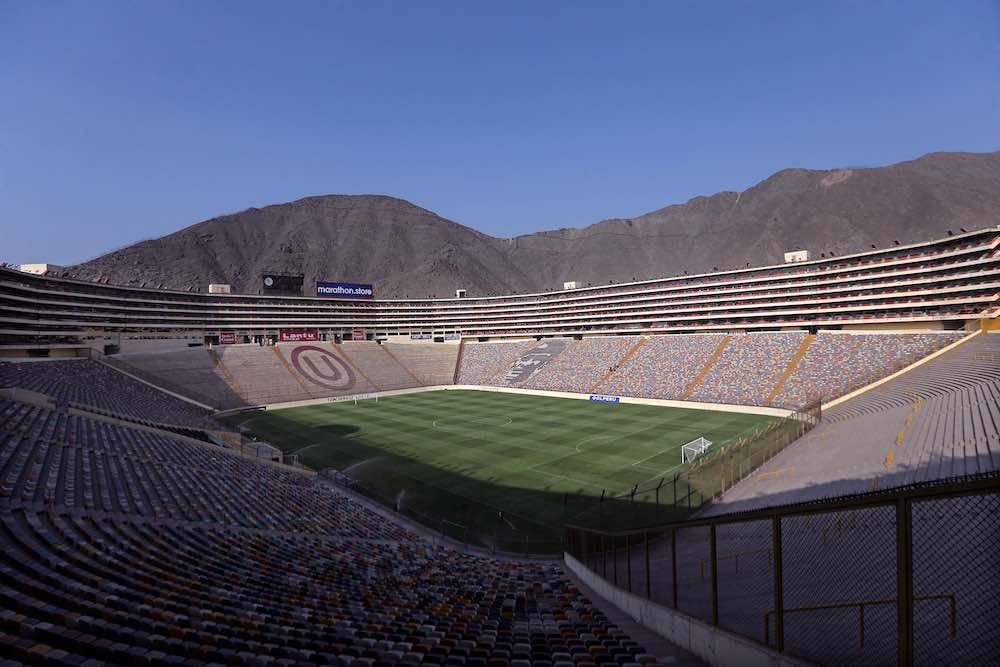 By Tom Nash in Buenos Aries.

On Saturday afternoon in Peru, a new era begins for South American football.

Back in early 2018 the continent’s football federation, Conmebol, announced that the finals of the Copa Libertadores and Copa Sudamericana would be played as a single match in a neutral stadium from now on.

This mirrors the format European readers are familiar with, and ends 58 years of home and away legs to decide the champion.

This decision was met with dismay by most fans.

On a continent where distances are huge, transport links are poor, and so many fans struggle by on low wages in dollar terms, this move was seen as elitist and unfair.

The very fans who add the colour, noise, and passion that make this tournament what it is, now find themselves priced out of its climax, and miss out on the night of their lives.

Yesterday the Libertadores final was changed from Santiago to Lima.

The new stadium has 80,000 capacity, almost no public transport links & is never used because they can’t guarantee the safety of the fans. pic.twitter.com/LvzxWmG331

Perhaps in a world of globalisation where market forces are beginning to shape the game ever more drastically, this step was inevitable eventually.

Spanish readers will be nodding along in sympathy after the recent announcement that their Super Cup will be expanded to include four teams and played in Saudi Arabia.

Conmebol nominated Santiago to host the first Libertadores final of the new era, which at the time seemed like a sensible move.

Since democracy returned to the southern cone of Latin America in the 1980s, Chile has developed an image as the most stable and orderly of the countries in that region.

While violence and crime still blight life in Brazil, and Argentina bounces hopelessly from one economic calamity to another, Chile seemed like the safe bet.

But that image has been turned on its head by the protests and violence currently gripping the nation.

The 2019 #Libertadores Final between #Flamengo & #River will be in Lima on November 23. More information: https://t.co/qfPYoBfumG pic.twitter.com/dkuBipSjpl

Faced with extreme circumstances, Conmebol had to hold an emergency meeting and set a new venue. Lima was agreed upon by the two clubs and the two national federations involved.

Despite its drawbacks, the shift to a neutral final does undoubtedly have one positive aspect.

Conmebol picked the kick-off time very carefully in order to boost viewing figures around the world.

A mid-afternoon start time for South America means an early afternoon kick-off for viewers on America’s west coast, a comfortable evening start for Europeans and Africans, and a late-night time for the Middle East. Only viewers in the Far East are inconvenienced by the scheduling.

Here are your kick-off times around the world for the Copa Libertadores final:

It’s perhaps just as well that the game is more accessible, as this year’s Copa has delivered a mouthwatering matchup in the final as Marcelo Gallardo’s River Plate defend their crown against a fearsome new pretender- Jorge Jesus’s Flamengo.

Debate is rife among the continent’s footballing public as to who the favourites are going into this showdown.

Many see River as the favourites due to their recent experience and success in continental knockouts.

Since Gallardo took over in June 2014, River have won six continental trophies including the 2015 and 2018 editions of this tournament. In the process, they have developed a fierce winning mentality on the big occasion.

Last year’s final against local rivals Boca Juniors was considered the most important club match ever, and nine of the eleven players who will line up for River played a part in that historic tie.

In recent months, the holders have played some excellent football.

Another superb team move with 3/4 one-touch passes at the end to finish it off.

21 passes and 50 seconds this one lasts. Champagne football🍾 pic.twitter.com/0aM7MmbCNz

Their full-backs are adventurous and provide natural width, Enzo Perez holds well in midfield, the three attacking midfielders make late surges into the box, and the two attackers press the opposition defence intensely when in possession.

It is a formula that proved too hot to handle for both Cerro Porteño and Boca Juniors during their respective visits to River in the quarter-final and semi-final stages. Both lost 2-0 and were unable to reverse the deficit at home.

🔴⚪⚽🎉 Nacho Fernández was on hand to double the #River lead against #Boca! pic.twitter.com/t3WYe757oz

Others, while impressed by River Plate, see the Brazilian league leaders as the probable winners.

Over recent decades Flamengo have gained a reputation as wasteful underachievers.

The Rio club is the most popular team in Brazil, and spent its significant resources freely but never saw a satisfactory return on investment.

Back in the group stages between March-May, 2019 looked like it would shape up just like every other year. They were underwhelming and there were no signs they would end their 38-year wait to reach the biggest final west of the Atlantic.

Then, in June, a pivotal moment in their history came with the arrival of Portuguese manager Jorge Jesus.

✍🔴⚫🇵🇹 All about ‘Mister’ and why #Flamengo fans are in raptures for Jorge Jesus and his new look teamhttps://t.co/43uXunAGdd

Some fans resisted the idea of a foreign coach at first, but with the experience and knowledge he acquired while winning a dozen trophies with Benfica and Sporting, he was able to implement a complete change in mentality and playing style at Flamengo.

The club strengthened superbly in the transfer market, bringing in Felipe Luis, Gerson, and Rafinha. The team then synced immediately into an unstoppable machine that surged into a comfortable lead in the Brasileirão.

That form was replicated in the Copa, and the Rio giants reached the semi-final where they made their statement win: A stunning 5-0 demolition in the Maracana of 2017 Libertadores champions Grêmio, who had previously been renowned for their defensive solidity.

🔴⚫💥 The top-5 goals for #Flamengo this #Libertadores!

🤔 Which one do you think was best? pic.twitter.com/bcNWWUBBtd

That night, the attacking talents of Bruno Henrique, Gabriel Barbosa, and others were in full flow and this team confirmed that it is the best the club has had since Zico led them to the Intercontinental title in 1981. They are now 25 matches unbeaten in both the league and Copa.

Mengão are just a couple of points away from sealing their first Brasileirão title in 10 years and have reached the Libertadores final for the first time in half their fans’ lifetimes.

2019 is now already filled with joyous memories for the fans, and Saturday’s final gives them the chance to turn a great year into a perfect one.

The grand final is akin to a box office bout. The heavyweight champion of the Americas puts his title on the line against a devastating challenger who looks capable of landing a knockout blow and taking the belt.

Universitario’s Monumental stadium will be the venue for the event, and there are no good excuses for any football fan to miss this one. Unless you’re in the Far East of course.

Loading...
Newer Post
Will Hatfield On His Time At Leeds United’s Academy & League 2 With Accrington Stanley
Older Post
Sergio Órteman: The Best Player At The 2002 Libertadores Reflects On Olimpia’s Triumph