Everton Stifle Liverpool Thanks To Ancelotti Guile And Coleman Resolve 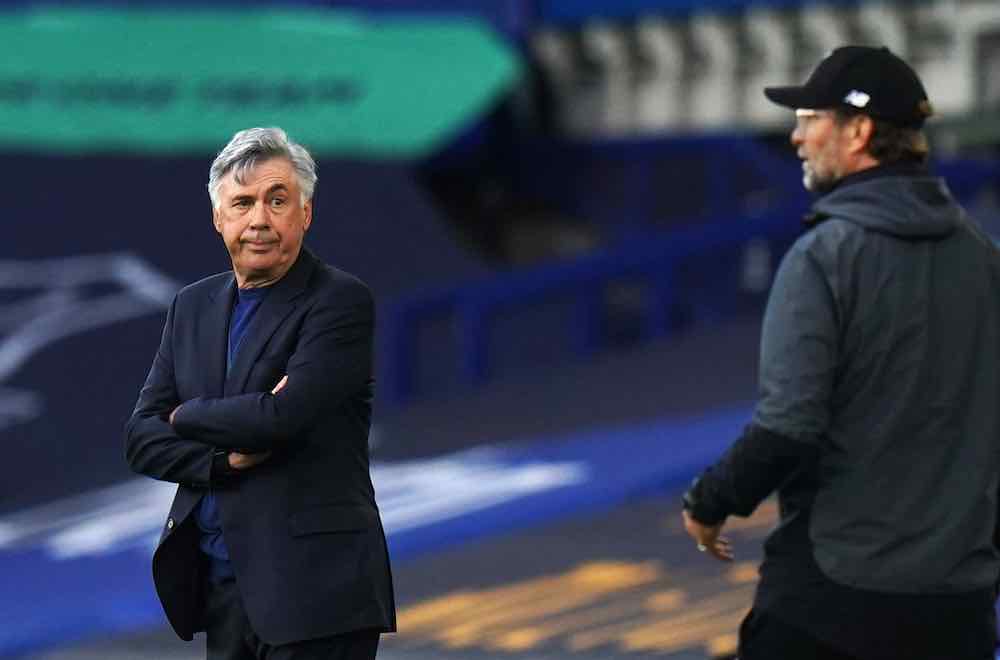 A disciplined Everton team left Goodison Park feeling they could have taken all three points in an unusual Merseyside Derby on Sunday evening.

Liverpool knew that victory would enable them to confirm their first league title in 30 years on Wednesday night against Crystal Palace, but lacked the cutting edge to secure the win.

They controlled the majority of the game but failed to create a clear-cut chance, with Everton defending well and making a late go of it that very nearly came off.

Led by a superb Séamus Coleman, the hosts played with a maturity unheard of in recent seasons and. led by Carlo Ancelotti, will hope that the point can kickstart a late push for Europa League qualification. 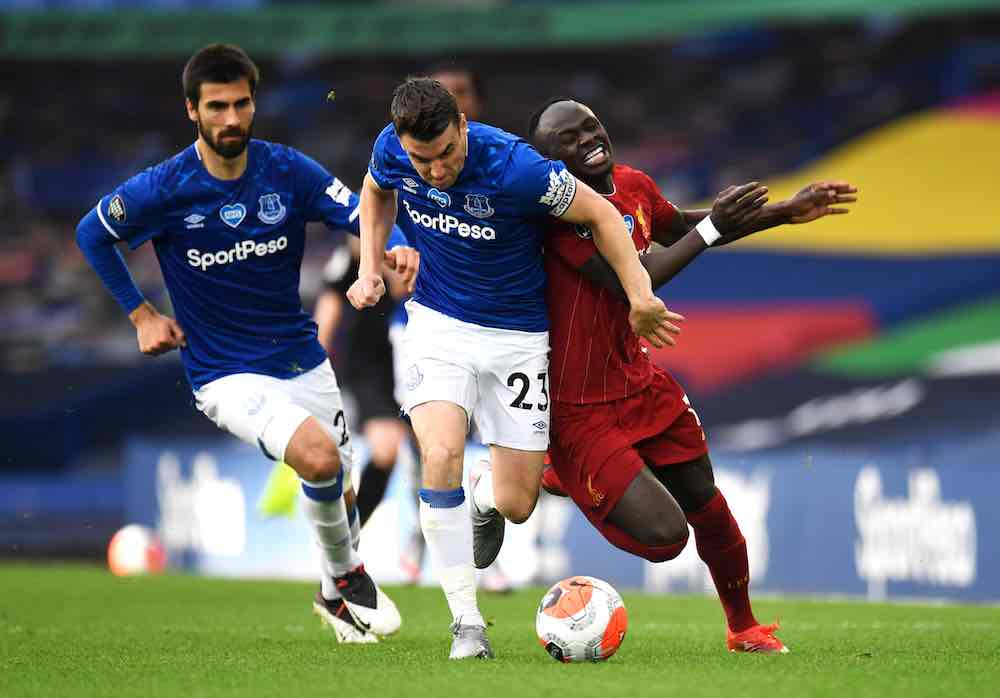 Academy graduate Anthony Gordon, making his first Premier League start, was their surprise inclusion, while Mo Salah and Andy Robertson were omitted from Jürgen Klopp’s starting XI. Due to Goodison’s tight corridors and the current COVID-imposed regulations, Liverpool had to get changed in a port-a-cabin in the Park End car park, but that didn’t impact their good start.

It was Everton, however, who struck the first blow. Richarlison, after stirring the pot with his comments regarding Virgil van Dijk during the week, jinked left before glancing his shot wide of the target. At the other end, Takumi Minamino, making a rare Liverpool start, seized on a loose ball from Gordon before shooting over the bar, before Roberto Firmino dragged his half-chance wide.

Everton looked light in midfield, with the unconvincing partnership of André Gomes and Tom Davies offering little defensive protection and not that much by way of creativity either. Unable to retain possession of the ball, they were thankful to go into the break with the scores level and Liverpool yet to bare their teeth.

The visitors improved after the break, however, and began to probe for that first goal. Naby Keïta linked well with Firmino to play a smart one-two, but stabbed his effort wide, while Sadio Mané broke down the left side only to be shut down by Coleman. Everton’s Irish captain looked like a man who kept fit during lockdown, making up several yards to catch Mané and show pace belying his years.

His team had another chance on the hour. Dominic Calvert-Lewin released Richarlison with a clipped ball over the top, but he snatched at the chance and ballooned his effort well over the bar. The game reverted to its previous tempo, with Liverpool dominating possession but leaving Jordan Pickford’s goal untouched.

Then, with just ten minutes left, Everton came alive. Gomes won the ball in midfield and showed strength and skill to bring it forward before feeding Richarlison, who in turn played in Calvert-Lewin. His shot was parried by Alisson and spilled to Davies — his placed finish spun off the outside of the post, agonisingly close to proving the decisive goal.

Gylfi Sigurðsson whipped in the resulting corner to meet the typically impressive Mason Holgate in the air, flicking the cross on for Calvert-Lewin. Once again, however, the English forward couldn’t convert, mistiming his header and sending it just wide. In their final chance, Richarlison broke down the left side, impressively rolling an at-sea Dejan Lovren before cutting inside only to be denied by the eternally alert Alisson, denying Everton of a first Merseyside Derby victory since 2010.

Both sides left Goodison content. For Liverpool, it’s a matter of if and not when they’ll claim their 19th league title, and with no other competitions to compete in they will likely use their remaining games to experiment in preparation for next season’s title defence. For Everton, it was an evening in which they regained their self-respect after their humbling reverses against their neighbours earlier this season.

“Honestly we were really close to winning but it was a tough game, difficult game,” Ancelotti said after the game.

“We performed really well. We were focused, we sacrificed. We had opportunities to score at the end.

“Liverpool played a good game, they had more possession but defensively we were really good.”

In Ancelotti, Everton have a proven winner at the helm, with the man exuding calm in stylish, blue-tinged attire on the touchline. A late European push is possible in this season’s clustered midtable, but in reality, it’s all about next season for the self-proclaimed L4 Azzurri.