Is It Time For Schalke To Call An Early End To Wagner’s Overture? 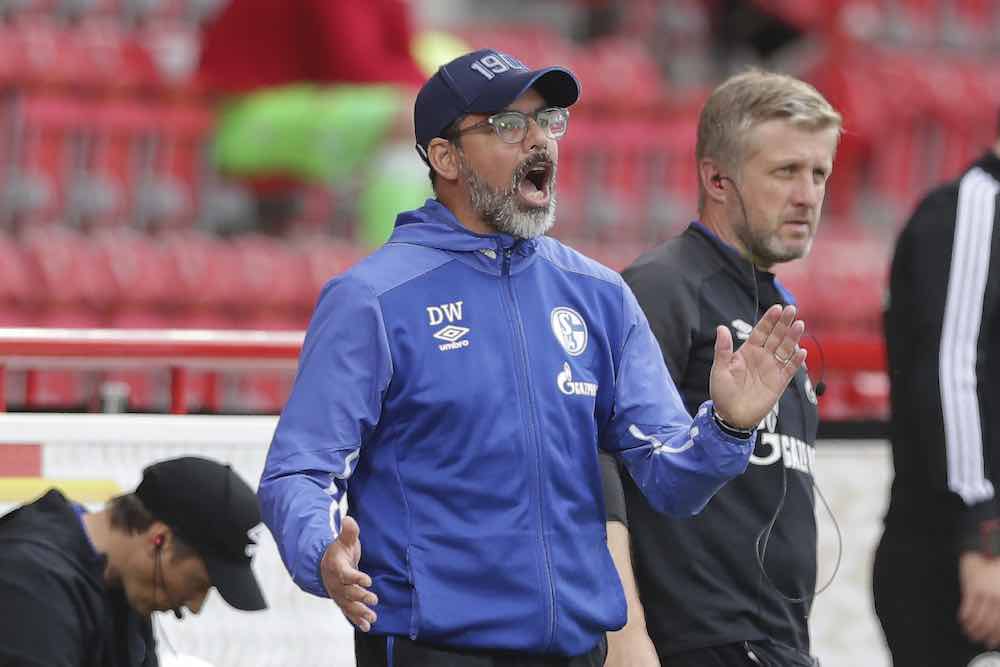 Schalke 04 are in unfamiliar territory. The club’s recent poor form has them struggling to win matches and has further distanced them from the race for the Europa League places.

While it’s unlikely that the club will be dragged into the Bundesliga relegation battle, the recent run of form has many worried for the 2020/21 campaign.

This weekend’s 1-1 draw against FC Union Berlin extended their winless streak to twelve games, and their current run is the worst since the 1996/97 season. In the past twelve games, the club have only scored four goals, and of those four Ahmed Kutucu has been the only forward to find the net.

Schalke’s form since the beginning of the Bundesliga’s second half of the season:

12 games on the bounce without a league win

Schalke’s lead striker, Suat Serdar, is set to miss the remaining matches due to injury but hasn’t scored since the Royal Blues defeated Borussia Mönchengladbach back in January, yet his presence on the field will be hard to replace as he leads the team with seven goals.

While this is a big loss for David Wagner, the problems run deeper than the absence of their main goal scorer, and they showed this again on Sunday afternoon against Union.

In the first 25 minutes of the match, Wagner’s men looked unmotivated, lacked poise, and made poor pass choices which created turnovers.

Urs Fischer’s Union Berlin side capitalized after just 11 minutes when Schalke showed an inability to defend a counterattack following their own free-kick.

One positive for Schalke was the strong performance of Jonjoe Kenny from right-back. He scored his side’s equalising goal, making a timely run to receive a pass from Daniel Caligiuri just outside the 18-yard box before delivering a polarizing shot which took a beautiful turn of direction into the left side of the net.

While Schalke will be happy that Kenny scored, the inability of their forwards to get on the scoresheet themselves, and of the midfield players to create chances, continues to be a problem.

The visitors finished having had just four shots, with only one of them finding the target. As shown below, all came from distance, further demonstrating their inability to generate good chances in the opposition box. 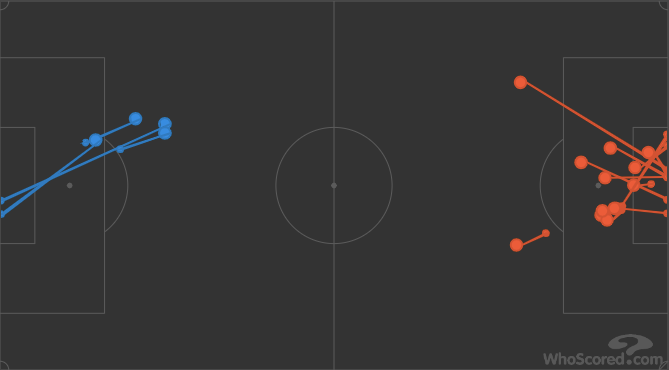 The midfield did a poor job of advancing the ball upfield, didn’t manage to open up space, and made a lot of poor decisions on the ball.

Back in December, Schalke were tied on points with rivals Borussia Dortmund and were in contention for Champions League qualification. Since then, things have changed as the club continues to drop further down the table.

Winning games, along with delivering the basic fundamentals, has been a struggle for Schalke, and will have many wondering if it’s time to make another change in the dugout.

Weeks ago, the club management stated that Wagner would be in charge next season.

While the club managed to steal one point in their match against Die Eisernen thanks to a wonder-strike from Kenny, it is their general play and poor form which remains a cause for much concern.

With few matches remaining and European qualification becoming further out of reach by the game, the club should consider a change of head coach for next season, or things could become even more difficult for the Gelsenkirchen club.