What To Expect From Man City Youth Hopefuls Ahead EFL Trophy 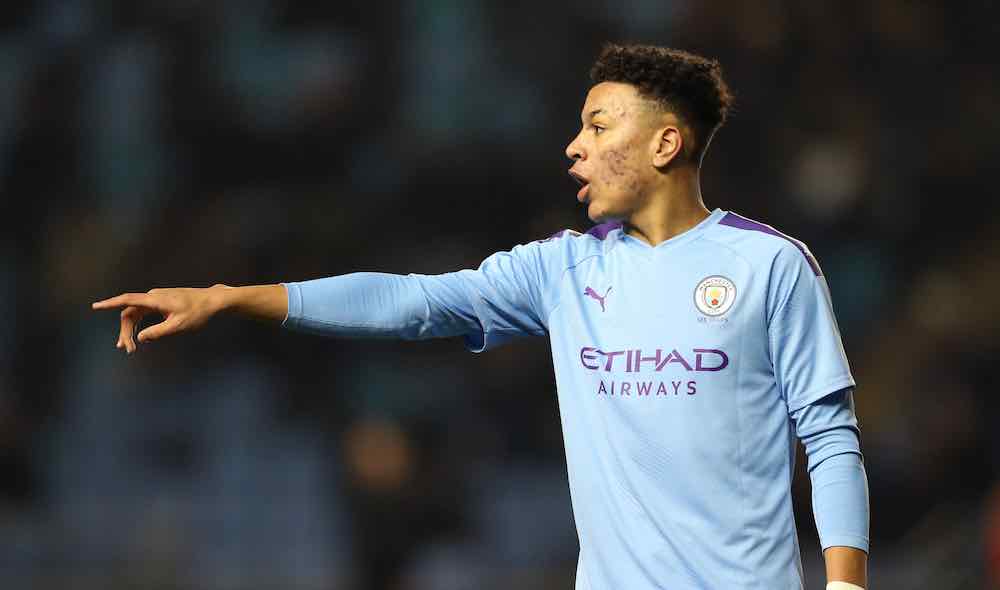 Manchester City have a very talented academy with players from all over the world. This season, as usual, the club will be competing in the EFL Trophy with group games against Mansfield Town and Scunthorpe United of League Two, and Lincoln City of League One.

Tom Caldwell takes a look at City and their opponents as their young stars look to make a bid to play for Pep Guardiola’s first team, following in the footsteps of Phil Foden and Eric Garcia.

Last year in the EFL Trophy, Lincoln City failed to get out of the groups after losing to Manchester United u23s and Doncaster, although they beat Rotherham 3-0. In the league, their danger men were Tyler Walker, who is no longer at the club. Midfielder Jorge Grant may be one to look out for, although Lincoln sometimes play a weaker side in the EFL Trophy.

Unlike Lincoln, Scunthorpe did very well in the EFL Trophy last year, making it out of a tricky group including Leicester City u23s, Sunderland and Grimsby. They then they played Blackpool and won 3-1 and were subsequently drawn against Manchester City u23s — an interesting affair in which City went in as favourites but Scunthorpe dominated, winning 3-1 after a starring role from Kevin Van Veen.

In the next round, they played Portsmouth, which is where their run ended, losing 2-1 in a game in which they had 67% possession. Last season their standout players included Kevin Van Veen, Abo Eisa and Ryan Colclough. It’ll be a very tricky test for the young Citizens.

The Stags finished the lowest last season out of the three teams — 21st in League Two, but they shouldn’t be underestimated as they made it through a hotly contested group including themselves, Everton u23s, Crewe Alexandra and Burton Albion.

They went unbeaten in the group, beating Burton but losing on penalties to the other 2 sides. If you win a penalty shootout in the group stages, you get two points, if you lose a shootout, you get 1 point, confusing eh? Some of their key players include Nicky Maynard and Danny Rose.

What to Expect from City

Manchester City’s under 23s are a very technical side, as you would expect, and are known to play a typical ‘Pep’ 4-3-3 or a ‘3-box-3’ which is essentially three centre backs, two holding midfielders, two more advanced midfielders and a normal front three.

The blues employed this with great success in the UEFA Youth League in 2017/18, as can be seen in the ‘Into The Blue’ documentary on Manchester City’s YouTube channel.

Here is a typical XI, as fielded by City in last year’s EFL Trophy.

Grimshaw is a young English keeper with incredible shot-stopping ability who can distribute the ball very well. He is also excellent at saving penalties, as he has proved many times over the last few years.

The Senegalese has bags of ability and pace, and on the ball he is very silky and good going forwards, but can defend when needed. He’s a very attacking full-back, as might be expected of a ‘Pep’ full-back should, and has made four appearances for his country’s under 20s.

One of the top players in this team is the Stockport-born Harwood-Bellis. He’s a talented ball-playing centre half who is on the verge of breaking into Manchester City’s first-team squad, having already played four games for them, and five for England’s highly rated under 19s team. The 18-year-old has been at City since 2008.

McDonald is another very good centre-half who is in the same mould as the aforementioned Harwood-Bellis. He is a great passer and loves to step out into midfield. He already has an England under 18s appearance and is another player who’s been at City for many, many years. McDonald captained City’s u18 team to the  U18 Premier League Cup — a prestigious trophy in the world of youth football.

Ogbeta is another player who is very good on the ball and very attacking from the full-back position. He is an Englan U18 international who likes to overlap and put in crosses, similar to Diounkou on the other side.

Many City fans will remember José Angel Pozo — this is his brother. Iker is an incredible player who is very modest off the pitch and has bags of ability on it. He’s very similar to Fernandinho in style, especially in the way he breaks up play. He is good enough going forward and does his job in the team without getting much recognition. He is the glue that holds the team together and may be the most important player. He is now on loan at FC Eindhoven.

Another shining light of the team, and grandson of two Manchester City legends, the great Mike Doyle and Glyn Pardoe who made a combined 753 appearances for City in the 60s and 70s. But on to their grandson, Tommy. He is an energetic, composed, technical player who captains the side. He loves a set piece or a long shot and he links the defence, midfield, and attack together. He is immensely talented and many have called for him to be promoted to the first-team.

Bernabé is a player who joined City relatively recently from Barcelona, and one of the more creative players in the team. The Spaniard plays as the most advanced player in the midfield and is the catalyst in the deadly attack with his killer vision. Not just that though, Bernabé has a long shot in him too, always looking to catch a keeper off guard. He’s also recently travelled to Lisbon with the first team at the end of their Champions League campaign.

Decent goal to make it 5-0 against Shakhtar U19s pic.twitter.com/fHjLpZl8e4

One of the English players in the team is Ben Knight, an unpredictable winger who works hard up and down the right-hand side, but can play either wing, up top, or as a No. 10. Knight was at Ipswich Town’s youth setup until 2018, joining City for a substantial £1m. Can the England U17 international prove his worth?

Another player who has only joined City relatively recently, this time from West Brom in 2019 for ~£4m. Rogers is a lightning-fast winger who can take players on 1v1, cross, and finish. He’s got everything you need to do very well. Along with this, Rogers has already made England appearances at U18 level, and is very highly rated among City fans.

Although not a natural No. 9, Touazi often operates in the position for the Young Citizens, though he does so as more of a False 9, dropping into midfield. He’s a very talented player and, like Knight, can play in any one of the four or five attacking positions, giving City u23s a whole new dimension in the final third.

There are many other players who deserve a mention, including quick, clinical winger Jayden Braaf, another attacker with lots of ability; Lewis Fiorini; and Felix Nmecha, a midfielder who can take control of a game.

Winner: Peterborough — Peterborough will win the EFL Trophy especially if they keep Ivan Toney and improve on the squad they currently have.

Runners up: Manchester City u23s — City’s youth will fall at the final hurdle because the young players don’t have much experience in finals.

Top scorer: Ivan Toney – Toney is an excellent player and is likely to top the scoring charts unless he moves clubs.

Top assists: Adrián Bernabé– City will score lots of goals and Bernabé will assist lots of them.