Allan Attack! How The Brazilian Midfielder Has Been The Key To Unlock Everton’s World-Class Forward Line 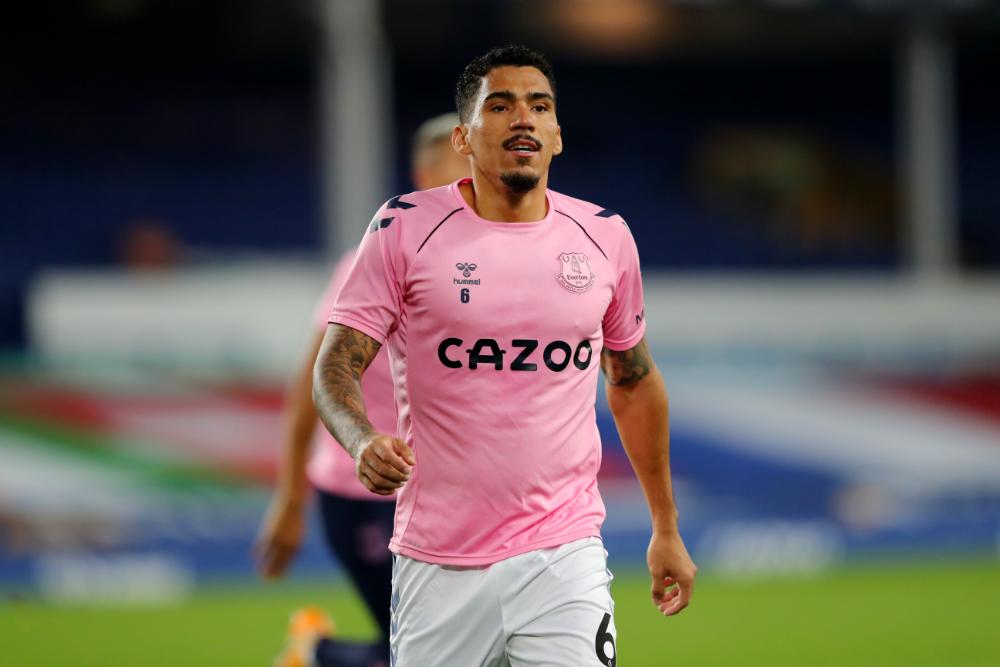 For what feels like the first time in years, Everton are finally making people sit up and take them seriously.

From qualifying for the Champions League under David Moyes before crashing out before the group stage to coming oh so close to a top-four finish and FA Cup and EFL Cup finals under Roberto Martinez, the Toffees faithful have had to suffer through their fair share of false dawns in the Premier League era.

That has largely remained unchanged even following the investment of Farhad Moshiri in 2016, with the likes of Ronald Koeman and Marco Silva promising much but ultimately failing to deliver.

However, in Carlo Ancelotti, the Blue half of Merseyside finally have their world-renowned manager in place. In James Rodriguez, they finally have that bonified rockstar of the game who can blow a match wide open on the pitch and dazzle fans off it. 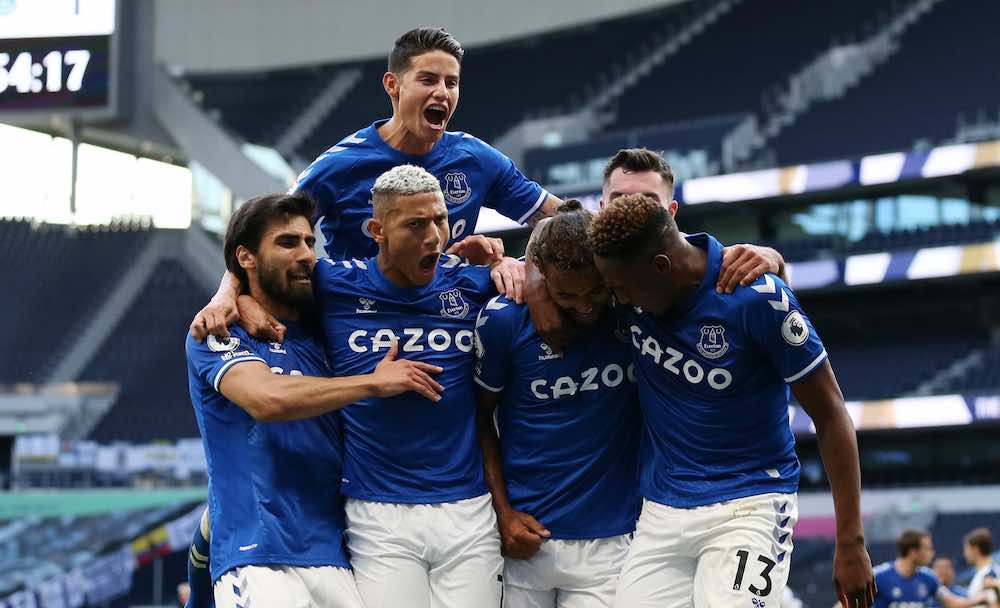 Dominic Calvert-Lewin has transformed himself into an international level goalscorer, Richarlison continues to show why he is one of Brazil’s most important pieces and Abdoulaye Doucoure has provided a Rolls Royce engine to the Ferrari shell being assembled at Goodison Park.

But for all this dazzling star quality now on show in royal blue, there is perhaps one player who has elevated Everton above all others, allowing of the flair and flash around him to thrive: Allan.

Arriving at Goodison Park in the summer alongside the likes of Rodriguez and Doucoure, Allan was perhaps the most understated of Ancelotti’s acquisitions — a midfielder who showed undoubtedly quality during his time at Napoli, but one that had lost his place since Ancelotti himself left the Italian club, heading toward his 30s and with just nine senior caps for Brazil to his name.

But while his arrival was met with little fanfare by those not of an Everton persuasion, the Rio de Janeiro-born midfielder has more than made his mark since pulling on the jersey.

The 29-year-old sat out Everton’s 4-2 win over Brighton just before the international break, but has still made more tackles (12) than any other player at the club in the Premier League this season — a metric he ranks joint-sixth in across the entire English top-flight.

Allan has also made the third-highest number of pressures (58) among Everton players, ranking only behind Doucoure (81) and Lucas Digne (61) who have played 65 and 90 minutes more respectively.

Once a tireless box-to-box midfielder during his Napoli days, Allan has left the task of providing the midfield lungs to Doucoure. Meanwhile, Andre Gomes has looked rejuvenated in a revamped midfield and is often the man progressing the ball forward or helping Everton work through the opposition press.

None of this is to say Allan can’t play. Indeed, the Brazil international has completed 88% of his passes so far this season. However, it isn’t his job to unlock the defence, that task is left to the likes of Rodriguez and Richarlison.

Instead, Allan has stepped into the No.6 role and provided the Toffees with a wonderful platform from which to build.

“My personal opinion is that he is one of the best defensive midfielders in the world,” said Ancelotti following Allan’s signing. “He is intelligent tactically and he has got a lot of energy. One against one, he is really strong.”

Sitting in front of Everton’s centre-backs, Allan’s positioning and mobility have unlocked full-backs Digne and Seamus Coleman, who have now been able to push aggressively high to provide the Blues with width in the attack as Rodriguez and Richarlison tuck inside to play off the physically dominant Calvert-Lewin.

Should an attack break down, Allan is the one plugging the gaps, snuffing out opposition dribbles with well-timed tackles and aggressive defensive instincts. 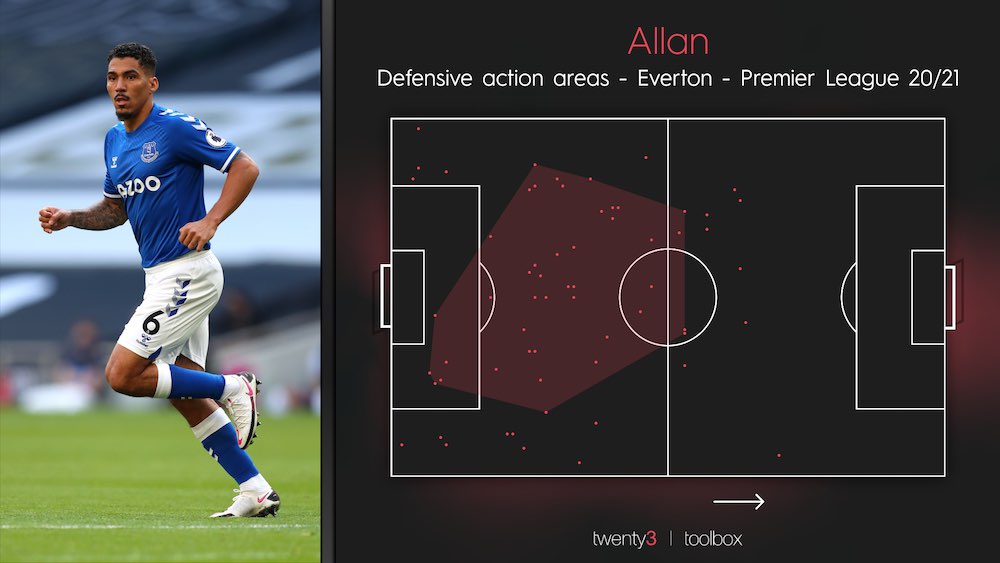 Even if it looks like Allan has been beaten, the midfielder is not against delving in the dark arts and, so far in 2020/21, the 29-year-old has committed more fouls (8) than any other Everton player.

Allan set the tone for the rest of the season both personally and as a team with a Man of the Match performance during Everton’s 1-0 victory over Spurs on the opening weekend.

Following that statement win, Brazilian legend Rivaldo said: “My compatriot Allan immediately proved his value with a good performance in Everton’s win at Spurs, so I must congratulate him for that.

“I think he has qualities to perform well for Everton and at the same time keep staking his claim for a place in the Brazilian team for Copa America.”

In the wake of the Toffees’ 2-1 win over Crystal Palace more recently, BBC pundit Alan Shearer said: “Early on, Allan issues a warning. [He] allows the full-backs to do what they’re doing, in terms of [Lucas] Digne and [Seamus] Coleman going forward.

“They can commit more men forward because he just gives them that little bit of protection when everyone else is going forward.”

From Fernandinho at Manchester City to Sergio Busquets at Barcelona, with Liverpool’s Fabinho and, last season, Thiago at Bayern Munich thrown in, it could be argued the No.6 role is the most important in modern football.

Everton certainly have a top-class one of their own in Allan, who has been the key to unlocking the considerable talents of Rodriguez, Richarlison and Calvert-Lewin.

With him locking up shop, Ancelotti’s men are a serious force to be reckoned with.

Loading...
Newer Post
Why This Season Could Prove Vital For Adam Marusic & His Importance To Lazio
Older Post
A-League In Crisis? – Expansion And Promotion-Relegation Could Be Key