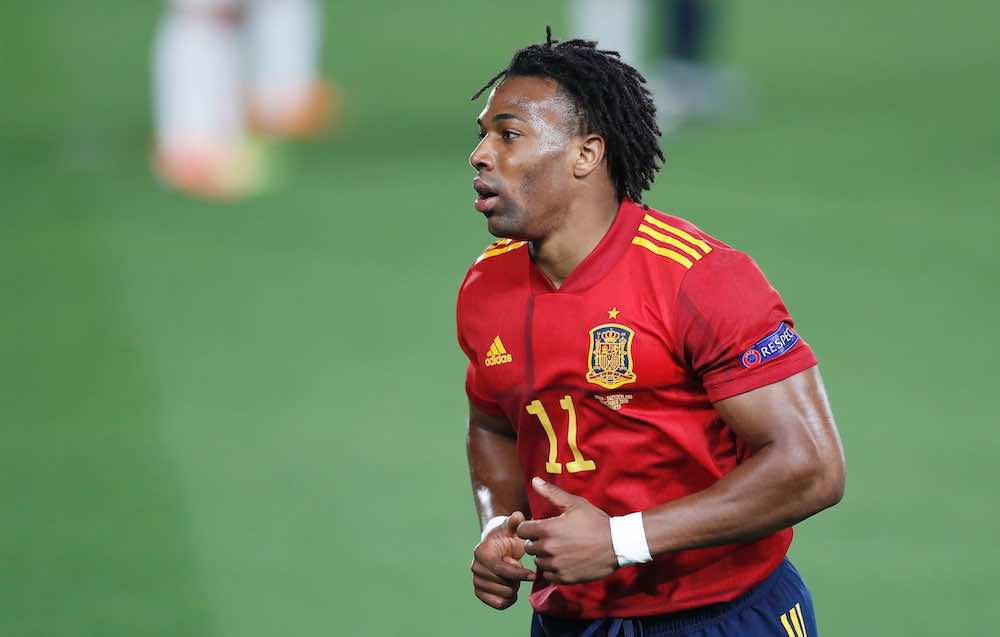 Wolves may have offered flying winger Adama Traore a new long-term deal to stay at Molineux, but it remains unsigned by the Spaniard.

That has no doubt alerted several of Europe’s biggest clubs. Many may already be plotting a potential January raid.

A double against Man City at the Etihad and destructive showings after the Coronavirus restart had European heavyweights scouting Adama’s unique talent and terrifying turn of foot.

The lightning-quick attacker still has three years on his current Wolves deal, but that didn’t stop the club wanting to tie down the wide man for longer, especially after he recently broke into the Spain national team.

However, a slight shift in the system for Nuno this term coincided with Traore being starved of starts in the old gold. That has brought a reluctance from Adama to sign on the dotted line.

The decision to let Diogo Jota join Liverpool in the summer should have all but guaranteed the Spaniard extra starts this season. Instead, he has been reduced to 15-minute cameos as goals and assists dried up.

Wolves are in the midst of a mini transition, and Traore’s busts down the right are being covered by to the addition of dynamic Portuguese right-wingback Nelson Semedo.

It means Traore must learn to play narrower and more central than he has ever done before. So far, though, Daniel Podence and Pedro Neto have been preferred in that role.

One of Europe’s big guns may fancy their chances of attracting Traore sooner rather than later with the promise of Champions League or Europa League action. Wolves are now as big as 6/1 with Paddy Power and other UK bookmakers using PayPal to finish in the top six this season.

In turn, Wolves may decide to listen to offer for Traore while his stock remains high.

So, who might be keen to add Traore to their team should he fail to commit his future Wolves in the coming months? 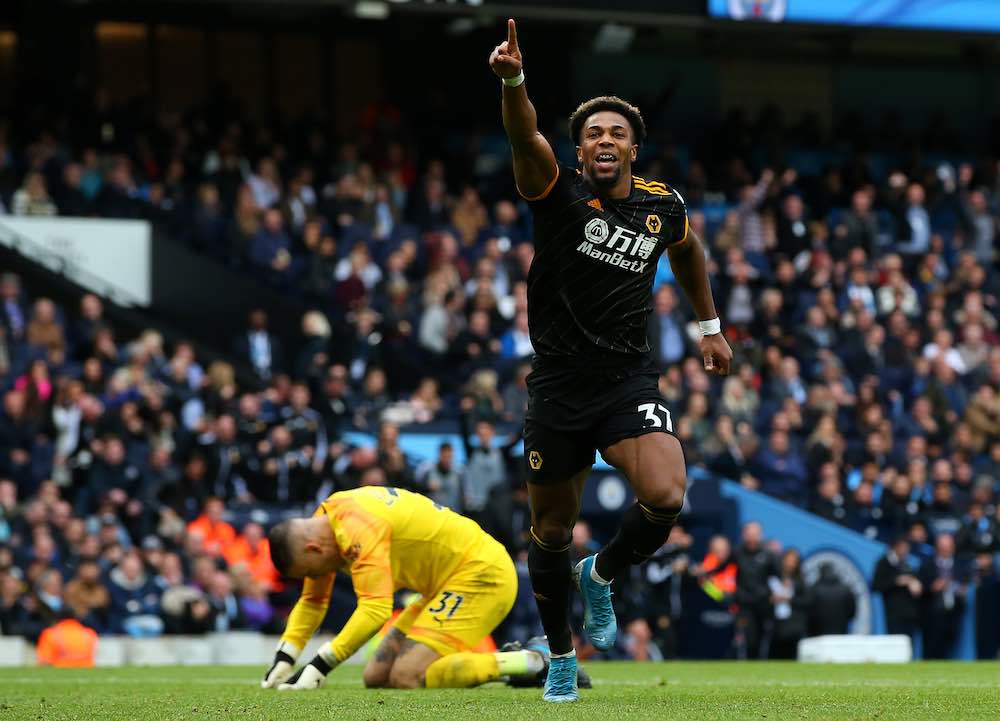 Liverpool were among the clubs most heavily linked last season. They needed competition for Mane and Salah at the time, and Traore’s ability on the counterattack looked tailormade for Jurgen Klopp.

After playing against him last season, the Anfield boss told the BBC: “He is unplayable in moments, it’s unbelievable. What a player – it’s not only him but he’s so good.”

While Jota’s success in Red could convince him to get back on the phone to Wolverhampton, it’s more likely the money it would cost for Traore will instead be spent to plug his injury-ravaged defence.

Perhaps a more likely destination could be to one of Spain’s big boys.

Adama wasted no time to translate is skills to the international stage as he tormented Portugal on debut for Spain.

“Adama has been Adama in his purest form,” said boss Luis Enrique after his first cap.

“That is what we want him to be, with his ability to beat opponents.

“With one player they will not to be able to stop him. They are going to have to use two players.”

He continued to earn high praise in his homeland after another eye-catching display during a defeat to Ukraine.

Those showings could also have caught the eye of former club Barcelona, rivals Real Madrid, or even Atletico Madrid.

His unique combination of power and pace means none of those teams have a player with the same attributes as Traore.

Manchester United had also been linked to Traore in the summer as they saw him as an alternative to main target Jadon Sancho.

In the end, boss Ole Gunnar Solskjaer got neither. Should a deal with Dortmund for Sancho continue to stall, the Red Devils could consider Traore once more.

United could certainly do with additional attackers after a stuttering start to the new Premier League campaign.

Finally, Italian giants Juventus may be tempted to do a deal.

They reportedly made an approach for Wolves striker Raul Jimenez in pre-season but could yet go for the man that set up most of his goals last term instead.

A player plus cash deal has been mooted in the past, but this would likely come down to if the club would be able to afford an asking fee well over £60m.