Is It Time For Gaetano Castrovilli To Leave Fiorentina? 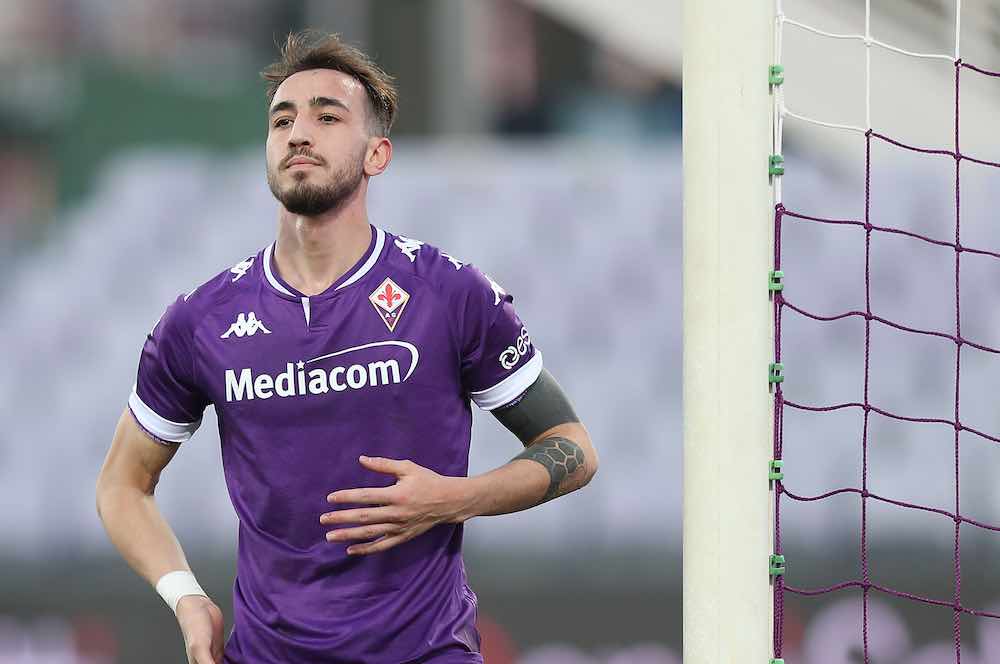 A new season, another new manager, but still an underachieving Fiorentina team. One of the few constants and positives Fiorentina have had this season, though, is their midfield gem, Gaetano Castrovilli.

The 23-year-old has unsurprisingly been Fiorentina’s most dangerous and creative player this campaign, but unfortunately the rest of his teammates are not up to par.

Currently sitting 14th in Serie A, La Viola are only a mere five points above the relegation zone and will be hoping they can turn their season around with some positive results. If they are able to put some wins together, there is no doubt Castrovilli will be the one leading the charge.

The young midfielder started the season in red hot form scoring four and registering one assist in the first five games of the season.

Much like the rest of his team, he has cooled off as of late and Fiorentina once again find themselves struggling after getting steamrolled 6-0 by Napoli in their most recent Serie A clash.

After the firing of Beppe Iachini in favour of former Italian national team coach Cesare Prandelli, owner Rocco Commisso was hoping results would change, but that has not really been the case.

Having featured in 17 of Fiorentina’s 18 Serie A matches, along with contributing to over 25% of Fiorentina’s goals this season, it is evident just how key Castrovilli is to La Viola’s attacking flow. Without him, they lack creativity and a dominant running force in the middle.

Castrovilli has featured mostly as a central midfielder this season but has also seen some time as an attacking midfielder as well as on the left. Regardless of where he sets up on the pitch, he is a crucial piece for Fiorentina.

“Potentially he is very strong and can play as the mezzala or the attacking midfielder,” Prandelli said of Castrovilli in a recent interview. “But he must find the confidence and maturity that a player aiming for the national team must have.”

Having made just one appearance for Roberto Mancini’s Italy, Castrovilli will be hoping to get the call once again, but with an already deeply talented midfield, the Fiorentina man could be on the outside looking in when it comes to Euro 2021.

nterview for @TheAthletic with one of the revelations of this season in Serie A, Gaetano Castrovilli
– how dancing helped him become the leading midfield dribbler in Serie A
– Puglia – we talked orecchiette con cime di rapa
– #Fiorentina + their kidshttps://t.co/9YgXhAalQk pic.twitter.com/0t8ONhdCSK

Castrovilli is aware he still has lots of room for improvement and the question remains is if Fiorentina is the best place for him to continue this development.

Every year they manage to underachieve, which is odd because on paper their squad is a decent one, leaving many baffled at the fact that they only have four wins so far this term.

Furthermore, the constant changing of coaches and systems is not the best thing for young players. The likes of Castrovilli need consistency and familiarity in order to develop their talent.

Although there has been a slight improvement at Fiorentina since Prandelli’s return, it is hard to say if he is the right choice for this squad in the long-term.

With so many question marks surrounding La Viola, it would not be a bad idea for Castrovilli to consider a move away to a more stable organization.

For example, Fiorentina winger Riccardo Sottil recently joined Cagliari in the summer on loan with an option to buy, and the younger attacker is quietly having himself a solid season.

On top of this, the likes of Federico Bernardeschi, Federico Chiesa and many others before them have left Fiorentina at young ages to further develop their career. Castrovilli may want to start considering doing the same to further his career development.

The coaching carousel that seemingly happens yearly in Florence is surely no benefit to a young player’s confidence or development and is definitely not a benefit to the overall happiness of the squad.

Before making his move to Juventus, it was noticeable that Chiesa was suffering similarly under the former Fiorentina coach, Beppe Iachini. Once making the move, Chiesa has looked much more like his talented self and a similar change in scenery, coupled with some consistency, would also benefit Castrovilli.

There is no way to say for sure if a move away would benefit Castrovilli’s development but it might be worth him taking the chance. If he did decide to move on, there would certainly be no shortage of transfer interest from some of the biggest teams in Serie A. The likes of Juventus, Roma and Inter would surely be battling it out for his signature.

The potential, along with the talent is undoubtedly there for Castrovilli. If he is able to find his earlier form, he will once again prove that he is a dynamic midfielder who is difficult to stop. A creative, elegant player while on the ball, he truly is a unique kind of midfielder.

Whether he decides to continue his career elsewhere or wants to attempt to stick it out in Florence, all his fans will be hoping the Castrovilli of old returns, as he is a joy to watch on the pitch when at the top of his game.