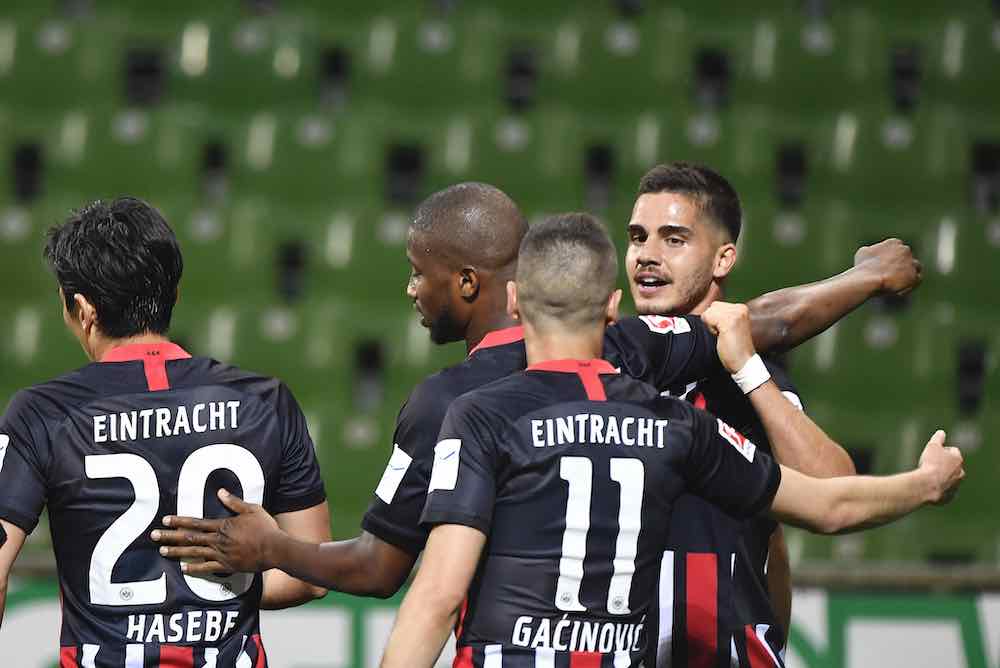 Last year, Eintracht Frankfurt finished comfortably in the Bundesliga and by the end of the campaign had secured 7th spot in the table. They earned a place in the second qualifying round for Europa League, finishing just four points behind Bayer Leverkusen who qualified for Champions League. The club had an impressive season with players such as Luka Jović and Sébastien Haller leading the way.

Fast forward to June 2019 and the club are in a much different situation. Two of their best players were sold in the summer which was cause for some concern. When players with a combined total of over 30 goals leave a club, it could be difficult to find replacements.

Before their match against Werder Bremen on Wednesday evening, Die Adler were only five points ahead of Fortuna Düsseldorf who currently sit in the relegation playoff spot, while Bremen were two points behind Düsseldorf, much in need of three points as they look to climb out of the relegation zone. It was an important game for both sides.

The game finally witnessed its first goal an hour into the match. Filip Kostić delivered a well-timed cross from the left, and André Silva, on loan at the club from Milan, was in a good position to head home. Silva’s goal was his eighth of this season and he has scored four in the last five games.

André Silva scores yet again for Eintracht Frankfurt! He’s really hit the ground running since football made its return, scoring 4 in 5 outings. Long may it continue. pic.twitter.com/SoZvFq0Mzh

Throughout the match against Bremen, Silva showed great awareness and persistence to win the ball, while also creating opportunities for his teammates through movement and link-up play.

The striker has shown great form since the league’s return, contributing greatly to Frankfurt’s fight to stay in the Bundesliga. Stefan Ilsanker scored two goals off the bench, yet it was Silva’s strike that kickstarted the 3-0 win against Bremen.

Silva’s poor play with Milan has overshadowed the value he could bring to other clubs. Last year he scored 11 goals in all competitions for Spanish side, Sevilla, and this season he is currently tied with Martin Hinteregger at the top of Eintracht’s scoring charts with eight. Prior to joining Milan, he had a career-year with FC Porto, scoring 21 goals in all competitions, and the Eagles will hope he continues to rediscover this type of form with them.

Joining a club such as Milan is often difficult as there are high expectations and added pressure to win. The past decade hasn’t been kind to the Rossoneri, and this signing hasn’t worked well for them. All deals do not work out, though, and Silva continues to work hard and put the past behind him.

During the past two seasons, he has been out on loan and shown to be focused on continuing to develop his game. The Portuguese is not the most physical or technical player on the pitch, yet he has a great work ethic and the ability to position himself in good areas to score. Additionally, he is a good teammate and has a good attitude. These traits were evident in his recent matches for Frankfurt.

🔥 Andre Silva on the scoresheet once again! He has scored four goals in the last five games 4️⃣👀 pic.twitter.com/fDAaBDFuRa

While it didn’t work out with Milan, the striker has embraced the opportunity he has been given and continues to find a permanent spot with a club. Silva signed a five-year contract back in June 2017, and though his future with Milan is uncertain, he continues to prove that he could help many clubs.

“In Frankfurt I have had the opportunity to show off, I am confident,” Silva said in an interview with La Gazzetta dello Sport. “I am glad to be here but I can’t know what will happen [in the future].

“Regardless of club, competition or country, however, I want to be a protagonist. Those who are ambitious always want to win.”

Loading...
Newer Post
Angola Has Football Talent But No Desire To Develop It According To Former Boss Bianchi
Older Post
My Favourite Summer Of Football: The 2002 FIFA World Cup.