MLS Is Back Tournament: 3 Must Watch Group Stage Matches

Football fans across North America will have their sights set on Florida for much of the summer.

Major League Soccer is headed for Orlando in the form of a group stage, tournament-style return to action, kicking off on July 8th, and culminating with the final on August 11th.

All 26 teams across the league are set to face off in the Sunshine State with five groups of four and a group of six battling it out during the round-robin.

From there, sixteen teams will qualify for the knockout stage with the tournament following a World Cup-style single-elimination format following group play.

WFi’s very own Chris Smith has done a cracking job breaking down all the specifics of the competition for us which can be found in greater detail here.

While some supporters questioned the legitimacy of the “random” draw, the resulting groups offer up a series of tasty match-ups, nonetheless.

With this in mind, here are three ‘MLS Is Back’ matches that should be appointment viewing for fans around the league.

Group C is home to one of the league’s more hostile rivalries in the “Canadian Classique”.

TFC and the Impact are quite familiar with one another but the matchup has been far from friendly over the years, particularly on the goalkeepers.

The two Canadian clubs’ most noteworthy match-up in recent memory came back in 2016 when Toronto knocked Montreal out of the MLS Cup Playoffs in a breakneck two-legged tie courtesy of a 7-5 aggregate scoreline.

Since then, the Reds have been the much more successful side, appearing in three of the last four MLS Cup Finals, winning the title in 2017.

Three years on from TFC’s championship season and the rivalry looks set to become a two-horse race once again.

The appointment of former Arsenal forward Thierry Henry has been a huge boost to Montreal in the Frenchman’s early days in charge. After taking the Impact to the quarter-finals of the Concacaf Champions League (before the tournament was ultimately postponed), Henry’s side started their 2020 MLS campaign with a win and a draw through their only two matches to date.

Montreal have managed to have success so far despite their key off-season signing Victor Wanyama failing to play a single minute since joining the club from Tottenham Hotspur in early March.

Much like Wanyama in Montreal, the Reds took a gamble within Europe during their off-season, signing winger Pablo Piatti from La Liga side Espanyol. Having yet to feature for TFC, Piatti is now training and looks fit to play ahead of this month’s scheduled matches.

The much-anticipated debuts of both Wanyama and Piatti make this historically heated match-up that much more exciting as a new chapter in this rivalry takes place south of the border.

Much like the “401” derby, this all Los Angeles clash in Group F is full of firepower and boasts one of the more exciting MLS Cup Playoff match-ups in recent memory.

Carlos Vela and Co. topped Zlatan Ibrahimovic and the Galaxy 5-3 last fall in the 2019 Western Conference Semi-finals before eventually crashing out against Seattle Sounders in the following round.

LAFC are also coming off a decorated 2019 regular season which saw them break the league record for points in a single season (72) en route to the Supporters’ Shield, while Vela’s 34 goals set a new standard in the scoring department as well.

Despite their unprecedented success, the Galaxy have been LAFC’s kryptonite ever since the latter entered the league in 2018. Their playoff victory marked the first time the Black and Gold bested their cross-city rivals in their sixth attempt so far.

Today, Zlatan has since taken his talents back to Serie A while another former Manchester United striker, Javier Hernandez, has come in to replace the Swede upfront for the Galaxy.

Hernandez, however, has yet to score in MLS in his first two league appearances and still awaits his first derby experience against LAFC. 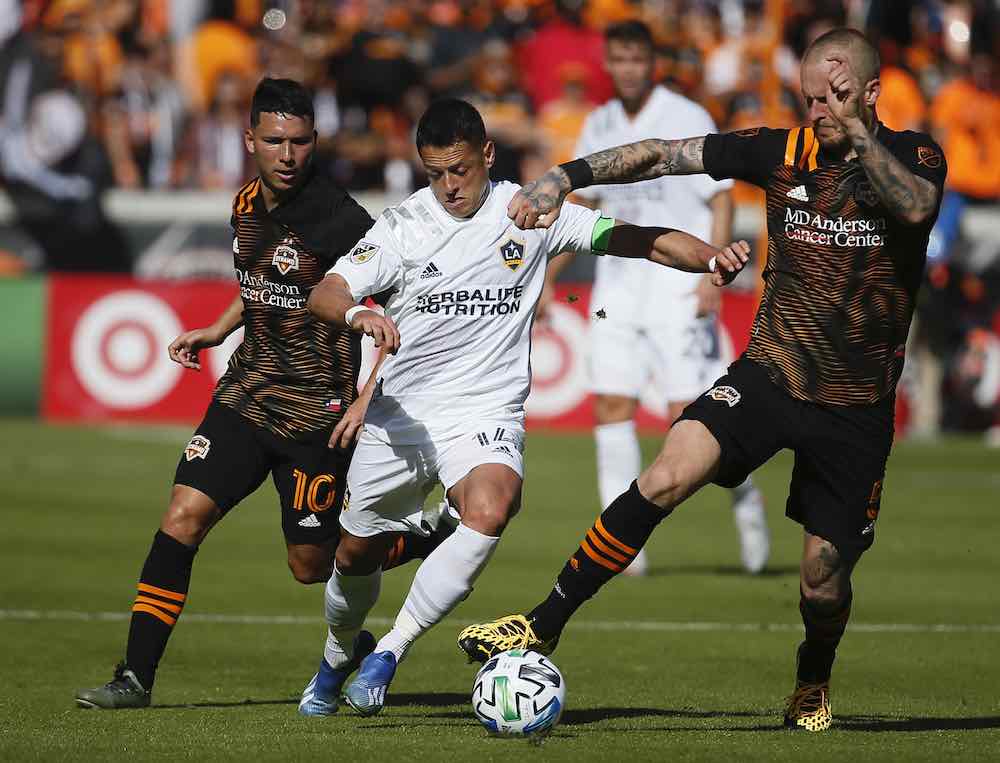 Adding a hungry ‘Chicharito into “El Traffico” should make this traditionally high-flying affair a must-watch for die-hard supporter and neutral alike.

The first chapter of the Floridian derby comes in the tournament opener as the hosts and the new kids on the block clash in Group A action.

Much like the other two match-ups, these two sides are natural foes thanks to their close proximity.

While this one lacks the previous conflict required for any truly great rivalry, the opener may just be the beginning of the league’s next exciting fixture moving forward. After all, we all saw how the blue touch paper was lit during the early stages of the LA derby.

Miami have an interesting blend of MLS veterans and exciting young talent within their squad and come in as difficult to read as any other team league-wide.

The last-minute addition of defender Leandro Gonzalez Pirez from Liga MX outfit Club Tijuana gives them added long-term security at the back as Pirez is a proven centre back at this level, having played a major role in Atlanta United’s MLS Cup win back in 2018. However, unfortunately for Miami, rules state Gonzalez Pirez will be unable to participate in the tournament.

Inter have also become a hotbed for wild transfer rumours from overseas, including the likes of Cristiano Ronaldo and David Silva among others. With David Beckham at the helm in Miami, South Beach is as attractive an option as any in MLS for European stars.

Conversely, Orlando have long since made their marquee DP signing with former Manchester United man Nani joining the club in February 2019. Now serving as their club captain and the primary source of their attack, the Portugal international is poised to make his mark on the tournament. The problem for Orlando, though, has generally been those around Nani.

Although neither side comes into the tournament as a genuine favourite, this match-up offers the entire league a chance to check out what Beckham and Co. have to offer while hometown Orlando City will look to spoil the party for their newly acquainted neighbours.